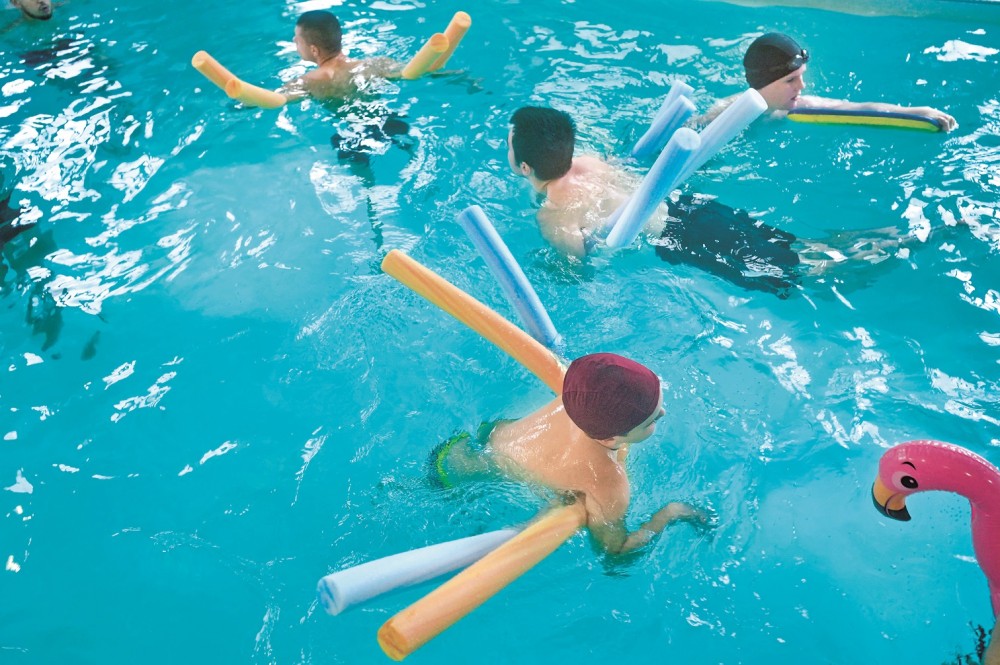 "The flap of a butterfly's wings in Brazil can set off a tornado in Texas" was Edward Lorenz’s assumption back in 1972. The butterfly effect usually indicates the dramatic impact of small events on large systems. But it also works constructively.

For example, one small gesture of charity by the TECHIIA technology holding in the region has turned into a fundamental CSR project for Ukrainian healthcare. Today the NGO “Techiia Foundation” is in charge of all the holding’s social activities. It focuses on helping children fight cancer and helping medical institutions with the new equipment.

Help Where Your Business Operate

“We implement social projects where our businesses operate,” explains Oleg Krot, TECHIIA’s Managing Partner. He is the only businessman in a family of doctors. But even in his youth, Oleg realized that he could be of great help to society, just like his family.

At first, Oleg Krot and his business partner Yura Lazebnikov were providing targeted help to Ukrainian medicine. But once their businesses merged into one holding, CSR practices became a huge part of their activities. It was clear that the territories where their businesses operate need to be developed systematically.

After analyzing the medicine bottlenecks, they focused on the fight against childhood cancer. 400,000 children and adolescents worldwide are diagnosed with cancer every year according to WHO. But if more than 80% of children are cured in developed countries, in Ukraine this number is at least twice as low. Closing the catastrophic gap requires timely diagnosis, proper treatment, and the right equipment.

The first place to start with was Kropyvnytskyi where TECHIIA was building a data center. And it was decided to provide help to the local children’s hospital.

In this hospital, neurosurgeon Alexander Pyzin has been saving children from cancer for several years. Colleagues, patients, and volunteers from different charitable foundations who have been cooperating with medical institutions for a long time gave great feedback about this doctor, who was performing operations on the child's brain. But with almost low-quality equipment, sometimes doing the impossible.

Since 2018, the NGO “Techia Foundation” has invested more than UAH 10 million in neurosurgery at the Kropyvnytskyi Regional Children's Hospital. It was renovated and now has modern lighting and equipment: 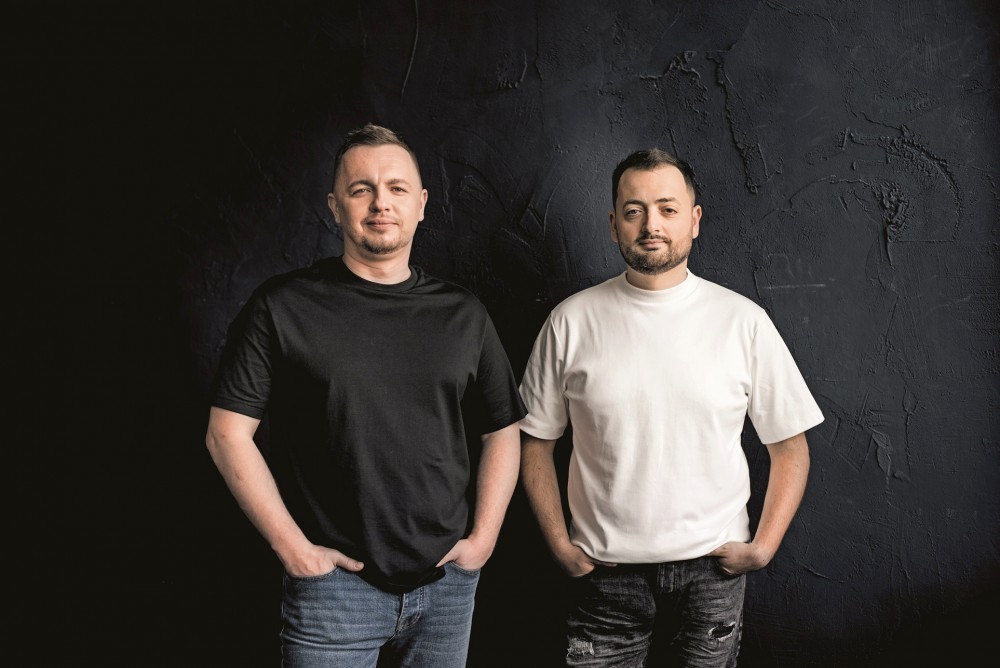 Managing Partners of TECHIIA Holding: Oleg Krot (on the left) and Yura Lazebnikov (on the right)

Thanks to the joint efforts of doctors and entrepreneurs, young patients from Kropyvnytskyi and the nearby areas are no longer had to be taken to Kyiv for surgery. Now kids have an advanced treatment and a chance for a new life right there, in Kropyvnytskyi.

And this was just the beginning for TECHIIA.

Word of Mouth Is a Helpful Tool

The holding's help to one medical center has brought the attention of other regional medical centers. They received a large stream of patients, for whose lives they fought on parole.

Alexander Pyzin introduced Oleg and Yura to his colleague from Kharkiv. The Center for Pediatric Neurosurgery of the Kharkiv City Clinical Hospital of Emergency Aid was named by prof. O.I. Meshchaninov helps patients from five regions every day. And most of them need surgical care. This Center received a skull fixation device, a steam sterilizer, and a sealing machine.

“The Center helps patients from the entire eastern part of Ukraine,” says Yura Lazebnikov, TECHIIA’s Managing Partner, “Every year there are 2,000 hospitalizations. The skull fixation system has already helped to perform more than 100 operations."

It is due to the word of mouth, we were able to focus our help at the Burn Unit of the First Cherkasy City Hospital. It was provided with the vacuum wound therapy device. It is continuously in operation, making it easier for patients to treat and heal burns.

Another request came from Odessa, where because of the pandemic, the Regional Children's Hospital was helping newborn children whose mothers were sick with coronavirus. And the hospital was in huge need of special resuscitation beds made of plastic, which does not deteriorate from sterilization and disinfection. They were purchased by the NGO “Techiia Foundation” and local benefactors.

Almost at the same time, the team started helping Bila Tserkva City Hospital № 2. The local neurosurgical department helps patients from most of Kyiv who suffer from head injuries, for example, in an accident on the Kyiv-Odesa highway. Instead of an outdated surgical table that was made back in the times of the USSR, a hospital was provided with a new one that has an electric drive and clamps for fixing the patient. Since the beginning of 2021, more than 150 operations have been performed on that table, two-thirds of which were urgent.

The Healing Power of Water

TECHIIA is now focusing on a new important partner. In Kropyvnytskyi, the holding cooperates with the Angel of Life charitable foundation. Natalya Tarabrina, the Head of the foundation introduced Oleg and Yura to the Direct Aid Foundation. One of its founders, Svetlana Yezhova, has faced childhood cancer in her own life. She made her mission to rehabilitate children with disabilities by launching the "Return to Life" project.

The fact is that after chemotherapy and complex traumatic surgeries, the body loses muscle memory. The child learns to walk again and live anew. The easiest way to do this is in water ‒ it levels out gravity. Therefore, children are engaged in the pool using a special method.

At the time of the team's introduction to the Direct Aid Foundation, the private pool was helping 15 children. Since the start of cooperation, this number has increased to 40. Many kids come in wheelchairs, but after a while, they take their first steps on their own, with a little help from their parents.

“This is an important step in the fight against childhood cancer and its consequences. We want Ukraine’s medicine to become highly effective, and for this, we must be effective in our help. We are looking forward to the completion of all the work so that the center can start helping even more young patients,” says Oleg Krot.

Now the "Return to Life" project has transformed into an Inclusion and Rehabilitation Center "Eva". Its services will be available not only to patients after oncology. The center will be able to provide qualified help to children with cerebral palsy, Down syndrome, ASD, musculoskeletal and neurological disorders.

We always use the “maximum effect for the greatest number of people” rule when choosing projects,” says Yura Lazebnikov. “Eva deals with problems that receive very little attention and resources. It seems right to us to help institutions that develop narrow, but extremely important areas, and not just overloaded medical centers."

In all its CSR projects, TECHIIA is guided by the internal rule of greatest benefit. It also coordinates its actions with the UN sustainable development goals. Having started with a small charitable step, the activity of the Techiya Foundation has turned into a verified work, which, step by step, is changing the position of medicine in the regions.

最新的新闻
A guide for a designer who becomes a manager: Episode 4
5 Ways to Support Yourself as a Leader.
The NGO ‘Techiia Foundation’ has doubled the funds raised at the charity auction for children with cancer
MT: How GDPR and iOS 14 Affect the Ads You Display
Apple has allowed users to turn off data collection about themselves. How will this affect the marketing industry and what we are shown in ads?