The USA, Asia, or Europe - which quarantine experience will be useful for Ukraine? 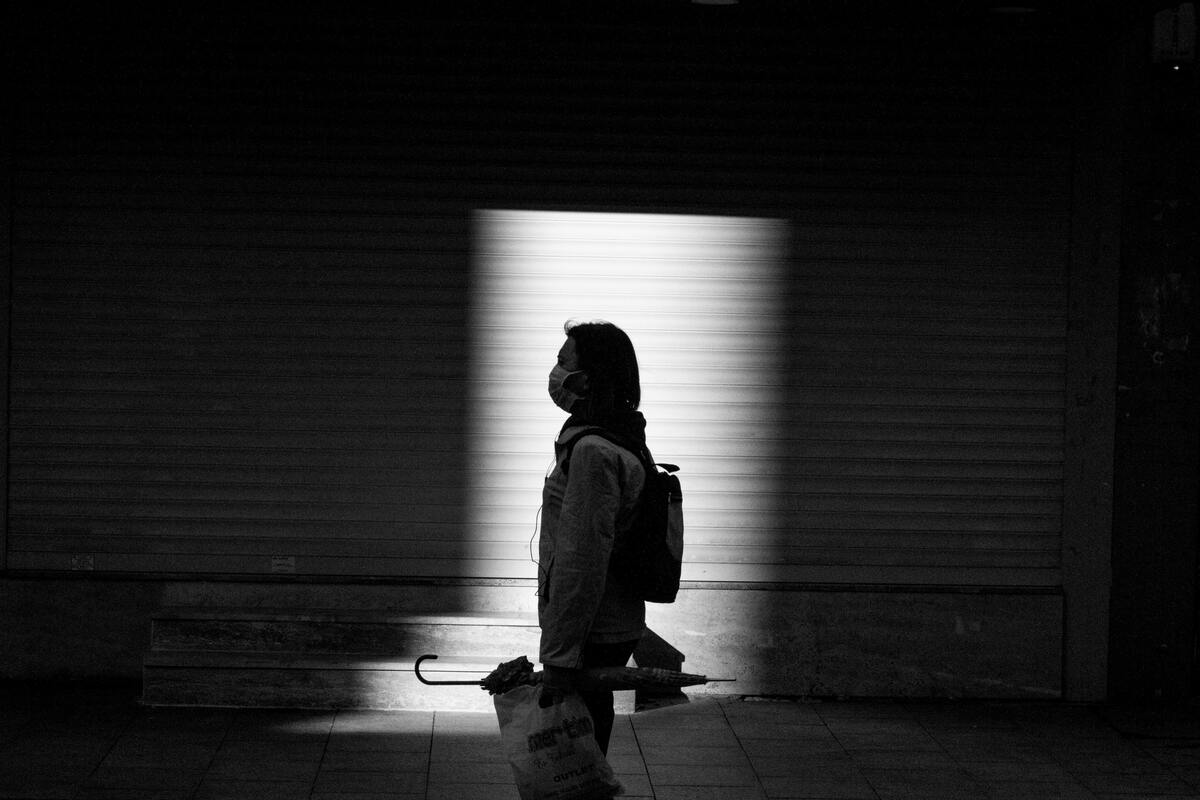 Photo by inanc avadit on Unsplash

Every government finds effective tools to help citizens and businesses, based on financial opportunities and the level of crisis in the country.

The world is gradually emerging from isolation, and not only separate countries but also regions and cities have their own stages of weakening. EU countries for "new normality" and adapting to life after the coronavirus when four people cannot visit the restaurant at the same time. has its own characteristics and level of relaxation. In Spain, for example, religious institutions should be filled not more than one-third. In Italy, children will not attend school until September. Many countries leave the "mask mode" and the option to return to quarantine measures in case of repeated outbreaks at once. Which scenario is fittable for Ukraine? Which experience will be most effective and from which part of the world can we take an example?

The Chinese scenario is radical and rough

As for Asia, and especially China and its city of Wuhan, with a population of 11 million, It has been under strict control and was implemented in several steps:

, the world was shocked by severe measures, but they turned out to be effective. Experts were skeptical of this level of isolation and such decisions were experimental, and epidemiologists said it might not work because of the huge economic losses. Quarantine has never been introduced on such a scale in the modern world. Later, when the crisis became inevitable, a similar strategy was adopted by all neighboring cities, as well as those countries where the spread of coronavirus has reached similar proportions - Italy, Spain, Germany, and the United States. Interesting fact: tourism-dependent countries are now opening up opportunities for their citizens in the first place and do not make any assumptions on when the tourist will be able to come.

The EU scenario is the basis for future decisions

Quarantine-exiting strategies do not exist on their own. They must take into account the specifics of the country's culture, employee habits, legislation, and other factors. Each state is its own strategy based on its own consequences of the epidemic. In addition, more than a dozen European countries began mitigating the quarantine regime even before the European Commission published a for exiting it. The map is needed to "balance public health benefits and socio-economic consequences" and for the EU Member States to use a on quarantine exit while coordinating to avoid negative effects.

Key principles of the document are as follows: strict adherence to deadlines, a common approach for all Member States, coordination, and consolidation of actions, respect, and solidarity. It is also crucial to adhere to a list of activities related to reporting and monitoring new cases, testing new treatment approaches, strengthening national health systems.

As we can see, the Ukrainian approach to the gradual mitigation of quarantine measures coincides with the above-mentioned recommendations. The number of cases is being analyzed, the opening of institutions, and the work of public transport are being implemented gradually and according to the alternated schedule, masks and other remedies remain. The situation is the same throughout Europe, with the only difference that the reductions are introduced in accordance with the dynamics of the spread of coronavirus and the total number of diseases.

"Post-quarantine normalization will require careful coordination between the Member States, based on a scientific approach and a spirit of solidarity. It is crucial that our medical systems have the capacity to treat people in case of new outbreaks, that the necessary medicines and equipment are available, and that we have a sufficient base to conduct the required number of tests. We know that this path will be long and gradual and that the consequences of this unprecedented health crisis will be felt for a long time. Until a vaccine is invented and effective treatment is available, we will have to learn to live with the virus,” Stella Kyriakides, European Health and Food Safety Commissioner.


The United States is fighting for the economy

Despite the fact that America has long been at the top of the list by the number of diseases, quarantine measures have been quite soft compared to other countries, where the situation was just as critical. Entertainment establishments and shopping malls have closed, restaurants and cafes have partially shifted to delivery or take out. The parks are open to walk on your own or with family members. People generally follow the self-isolation rules and condemn anyone who violates them. About 30 million people lost their jobs but got compensation or applied for unemployment benefits. In addition, the election campaign is in full swing, adding fuel to the fire. Half of the states are gradually mitigating quarantine, and where the number of cases is not decreasing, the bans are staying at the same level. In general, the mitigation is not due to the fact that the situation has started to improve, but to the fact that the economic losses from quarantine have already exceeded all limits and people are demanding to allow them to work.

Managing partners at TECHIIA holding, Oleg Krot, and Yuriy Lazebnikov flew from Kyiv on a business trip to the United States just a few days before the start of quarantine. Here is how Oleg comments on the current situation in the United States:

“We continue building an esports arena in Los Angeles, even during the quarantine. The epidemic has caused damage more to the United States than to Ukraine, so plans and scenarios for quarantining the United States will not be applicable for Ukraine. And the presidential election only creates additional inconvenience for the States. Therefore, Ukraine should rather take the experience of the EU and develop its own scenario, taking into account our epidemiological, economic, and cultural characteristics."

The biggest challenge is to minimize unemployment

José Ángel Gurría, Secretary-General of the Organization for Economic Co-operation and Development, said that this year's crisis had already surpassed the damage caused by the 2008 global financial crisis and the September 11, 2001, terrorist attacks. The coronavirus outbreak has triggered three macroeconomic impulses that will lead to structural unemployment - a global demand shock, a global supply shock, and an oil war that has lowered market prices to long term lows. But the biggest problem is that no one knows exactly how many unemployed people will there be and how much money will be needed to solve the problem, as it is unknown exactly how many people will lose their jobs and how many small and medium businesses will not be able to survive the crisis. According to the most positive analyst forecasts, the recovery should begin in the second half of 2020, but with the spread of coronavirus in Europe and the United States, the problem may have a number of cascading consequences and greatly change the forecast for the worse. More than 200 million people worldwide might become unemployed, according to a UN report. The most vulnerable are small and medium enterprises, farmers, self-employed citizens, migrants, and refugees.

What should Ukraine pay attention to?

Despite its effectiveness, the Chinese scenario is not applicable to Ukraine for several reasons. First, the situation with the outbreak of the virus is not so catastrophic to implement quarantine measures close to Wuhan ones. Secondly, Ukraine is financially and technically limited in the fight against coronavirus. We are able to provide a certain level of reduction in morbidity through quarantine and treatment, but we don’t have funds for the construction of mobile hospitals (like in China), or finances for unemployment benefits (like in the US, $2 trillion), and so on. Every day quarantine is weakening our economy. Even with a relatively low level of infection and on-time restrictions, Ukraine's economy has suffered significant losses, and many businesses have simply not survived such a long quarantine.

The best experience that Ukraine can benefit from is the European one. Tax holidays, business benefits, and a gradual exit from quarantine in a few waves with a constant readiness to resume restrictions in case of new outbreaks.

European Government programs are aimed at supporting small and medium-sized businesses and reducing unemployment. The viability of thousands of enterprises and banks depend on the ability of citizens to pay. Germany has approved a number of social packages to support citizens and businesses worth 750 billion euros. This also applies to self-employed people and tenants, who under no circumstances should lose their homes, even if they have debts. Despite strong economies, Denmark, Sweden, Finland, Norway, and Iceland have also suffered severely from coronavirus unemployment. Hundreds of thousands of people are on leave at their own expense, but governments pay subsidies of 75% of wages. The French government is helping companies to pay wages and promises to keep 100% of jobs after the crisis. Also, according to one of the systems, the wages can be reduced to 70%, but only if they exceed the minimum wage by more than 4.5 times.

Each government is searching for effective tools to help citizens and businesses, based on financial opportunities and the level of crisis in the country. The UK is mitigating bankruptcy laws so that even companies with debts could stay afloat during the crisis and not shut down. Hong Kong has established the Epidemic Prevention Fund to pay salaries and subsidies. Italy introduces tax benefits for businesses and increases the loan guarantee fund.

It is becoming clear that the new reality will require us to have new health care rules, medical system revision, and even discussion on the introduction of immunological passports.

It is not necessary to study many industries to understand that economic stagnation is a negative process, but with the gradual launch of the economy, unemployment and the crisis will gradually recede. Governments are doing their best to minimize the effects of the pandemic and restore the world economy to its current level in a few years tops.

最新的新闻
TOP 7 advice for HR on self-support in times of crisis from TECHIIA holding HRBP Tatyana Voloshina
Focus on the benefits to the business, surround yourself with a support group and do not forget to take care of your health
In 9 months we managed to create a project, that all other outsourcing companies failed to accomplish in 4 years. This is how {j: Mind.Systems} solve complex problems
All that other outsourcing companies failed to accomplish in 4 years, the {j: Mind.Systems} team achieved in less than a year. How do {j: Mind.Systems} solve complex problems?
Interview with the General Producer of WePlay! Esports Maksym Bilonogov
本网站使用网络追踪器为您提供响应性和个性化更佳的服务。如果您使用本网站内容，即表明您同意我们使用网络追踪器。我们的网络追踪器说明，了解我们使用的网络追踪器以及如何除或阻止该网络追踪器的更多相关信息。