There are things Ukraine has to do now. Nobody wants a poor and weak partner 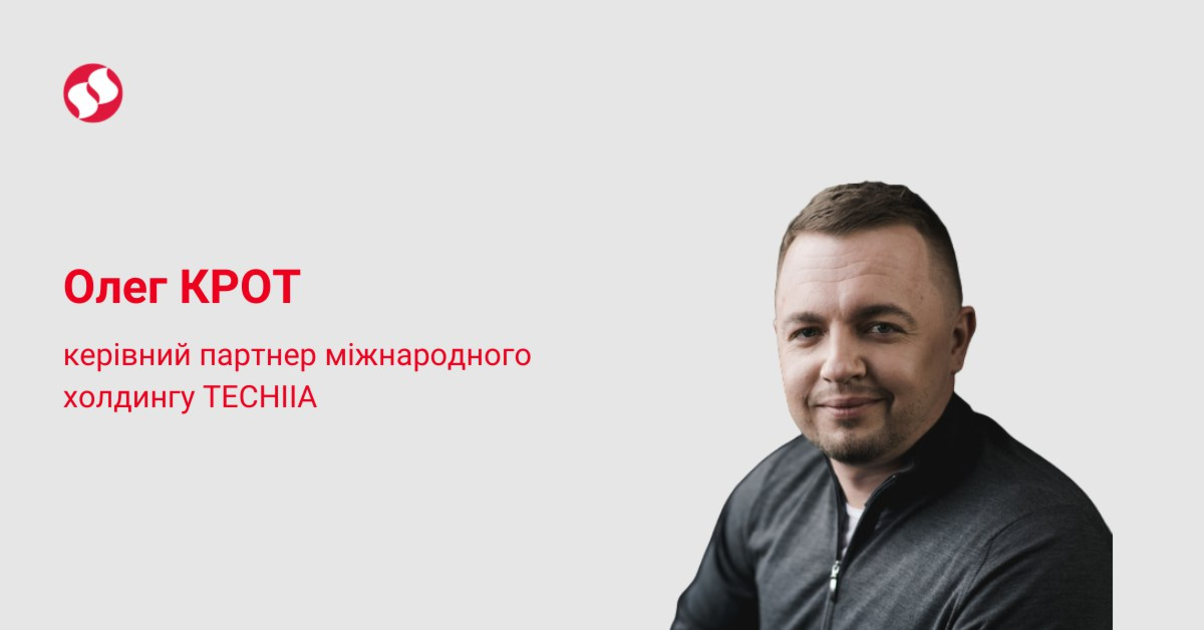 War destroys everything — lives, cities, plans... But we have no other choice. We have both to defeat the enemy and to revive Ukraine from the ruins. This is our chance to change the country and ourselves.

I knew the war was coming at some point. When russia did not receive a decent response from Western democracies for the annexation of Crimea, it became clear that unpunished evil will become bigger and more brazen. And so it happened. The most interesting thing in this situation is the reaction of the russians. I don't remember them ever admitting mistakes. Not only at the state level, but also at the household level. The result is lost lives, health, and destroyed cities.


My partner and I, as well as our employees, were getting ready: we diversified our business, accumulated resources, negotiated with foreigners, and were attentive to colleagues who had been volunteering since 2014. In this way, it was possible to gather reliable suppliers, build logistic chains, and anticipate problems that may arise in wartime.

Now that we're all focused on the best possible future, it's time to talk about what we can do now.

Once the war ends (and even today) two things are needed the most: investment and infrastructure to use it effectively. Changing the tax system, having courts that work, reducing the number of dubious inspections: everything to make it convenient for domestic and foreign companies to work in Ukraine and pay taxes.

Nobody wants a poor and weak partner. Add the tradition of stealing from ourselves — corruption — and we have a dubious offer on the investment market.

Oligarchs and post-Soviet officials do not function in conditions of healthy business competition. The experience of my communication with them shows that they pursued only earthly goals. Because of this, our company was looking for ways to develop the American business segments. We value Ukrainians, but the state has not offered safe and predictable working conditions for a long time.

After all, how were these people of the 90s supposed to attract international investment and build a market economy if they could not speak English properly? Sometimes it is difficult for me to determine which language they speak properly.

Now the situation has changed — there are professional people in the government who can properly negotiate. Even though they are a minority, this is enough to pass important liberal laws.

Change the looks of our cities

Russian aggression against Ukraine is neither the first nor the last war in human history. We are about to face the tasks that people after the end of the Second World War already faced — to cope with the lack of food and the growth of the urban population, to restore the aesthetic appearance considering people’s needs.

We have several options here

1. Leave nostalgia behind to run architectural experiments like post-war Rotterdam. After the intense bombing on May 10, 1940, only a few buildings in the city center survived. Active construction lasted from the 1950s to the 1970s, the next wave was the 1980s, and then the 1990s.

The improvement of the appearance of the city continues to this day.

The people of Rotterdam have no problem demolishing objects from previous waves of development to give a chance to new architectural forms. An example is the premises of the central railway station. The building of the 50s got a new life in 2014.

2. Thoroughly restore the pre-war appearance of historical quarters, as it was in Warsaw. The 85% destroyed city center was rebuilt according to the painting of the 18th-century artist Bernardo Bellotto. At first, they even discussed the possibility of leaving the city destroyed as a memorial to the war. Such an idea did not catch on.

Together with the invited architects and builders, the people of Warsaw were involved in the reconstruction. They dismantled rubble and found old building materials, to which new ones were added. This is how the past was symbolically combined with the present, which the tour guides emphasize with delight.

3. On its way to the preservation and restoration of cities, France started before everyone else and went further. The French began to introduce an algorithm for the interaction between officials, owners, and tenants as early as the 19th century. Therefore, it was easier for them to coordinate their actions after the war. In 1962, a law was passed that regulates the conversion of old historic buildings into apartment buildings, and in 1977, special tax conditions were introduced to speed up the process.

Currently, this option is not available in Ukraine, as it is forbidden to carry out work in buildings protected by law. This is fair considering the level of corruption. If the legislative framework changes, we will be able to benefit from the successful experience of the French.

Depending on the preservation/destruction of the city, you can choose from the existing experience or generate new solutions according to the new times.

It's time to think about what the cities will be like. At a minimum, soldiers and civilians return from war with injuries. It should be comfortable for them everywhere: when crossing the road, climbing any floor, entering any store, or attending any concert.

Since February 24, 2022, I have held hundreds of meetings with businessmen from the USA, Europe, and Ukraine, with officials at various levels, focusing on two things: humanitarian aid to defenders now and the accumulation of funds for the reconstruction of Ukraine. Unfortunately, some topics are not suitable for phone conversations. A huge number of people with financial means help quietly. And they are ready to help further. While we, as a civil society, must do our part.

Dishonest people take advantage of any tragic event. Even war doesn't put a stop to the abuse of taking particular positions, and it's a challenge we’ll be facing every day. Control over compliance with laws, transparency of procedures, avoidance of conflict of interests, participation (and not ignorance) in discussions about the future of the neighborhood, district, and city, and ultimately, compliance with traffic rules, fire safety, dog walking, silence laws.

It's just that now we have a chance to change the country — to quickly get rid of old problems, to lay the foundation for new values. And learn to conduct dialogue from a position of respect and a better future.