"Closed sky". The creator of SKIF agricultural drones Oleksandr Danylenko launches a school for drone operators and donates his planes to the Armed Forces. Here is his story 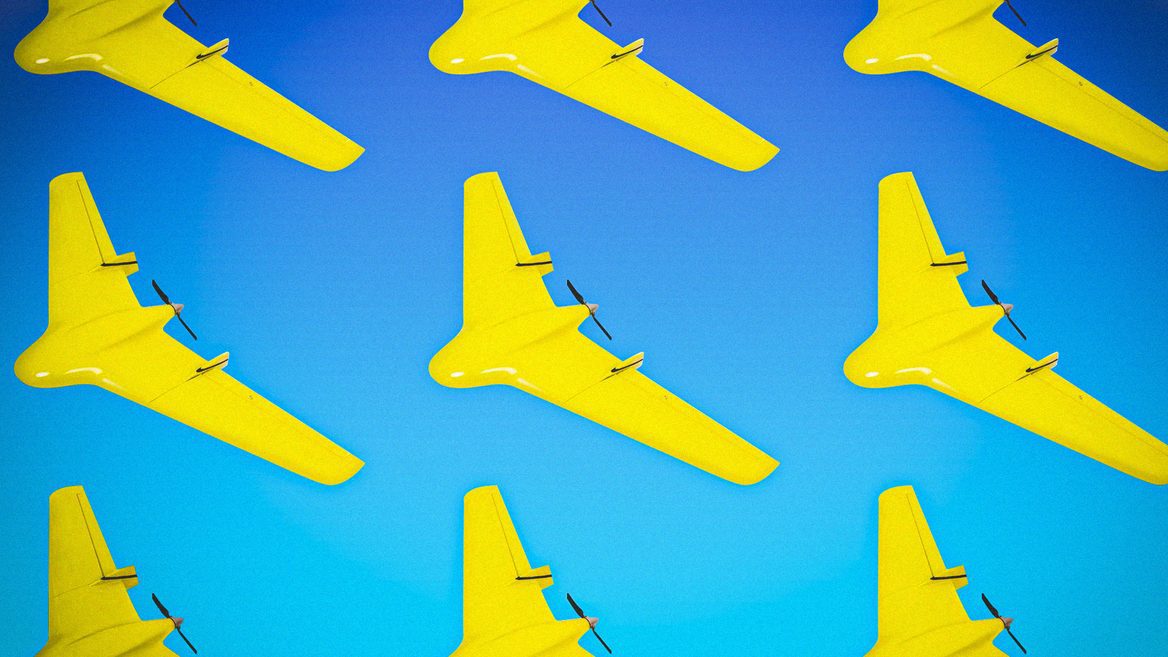 Oleksandr Danylenko, 37, is the founder of ITEC, in which TECHIIA Holding invested last year. He is now the CEO of Culver Aviation, whose core business is the design and production of drones and the provision of ground surface monitoring services. Among his clients are the agricultural giants Continental Farmers Group, Astarta, NCH, and others. And now SKIF drones, manufactured by Culver Aviation, are helping to track the enemy at the frontline.

The war changed Oleksandr's business dramatically. On how an entrepreneur copes with new challenges, why he moved his business to the western part of Ukraine and why he began to provide educational services read further in this article.

The business that started in the garage

By education, Oleksandr is a radio electronics engineer who graduated KPI. Before starting his own business, he worked in the IT area, and in 2014, together with two IT partners, he started thinking about launching his own drone business.

“This direction seemed quite promising to me. I joined a volunteer group, which first made aerial monitoring devices on foam planes for the military, then we improved the design. Volunteers bought devices from us, we assembled them, and sent them to the front with the help of the same volunteers,” he says.

Oleksandr’s first production line was assembled in a garage near Kyiv. "Afterwards, we rented a site in the capital," says the businessman.

Today, the company has opened a new large office in western Ukraine. 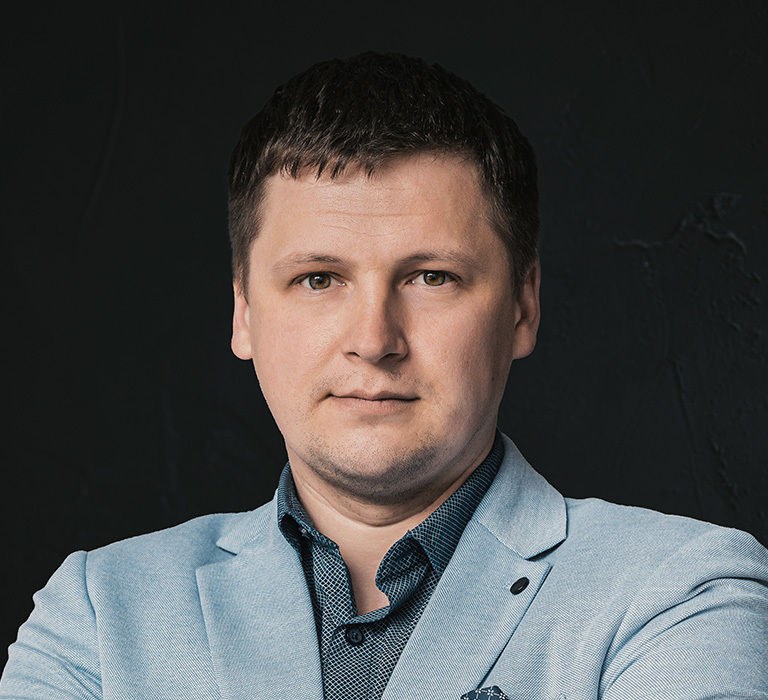 From product to service

In 2015, Oleksandr’s company ITEC started cooperating with the Ministry of Defense — they were making drones for military needs, and this cooperation lasted until 2016.

Then Danylenko decided to change his profile and, moving from the military direction, the company began to design and sell drones for the agricultural market.
And in three years the company has moved from the production model to the service model — ITEC began to provide aerial monitoring services for agricultural holdings.

The finished product in this model was an accurate field map with its analysis, says Oleksandr.

He calls the decision to switch to the service model a necessity. "The UAV is expensive, and it is only part of the system. There are also computers, software, cartographers, and vehicles for transporting and tracking UAVs. And it was extremely difficult to persuade farmers to invest tens or even hundreds of thousands of dollars in it. That's why we changed the approach," he explains. Field crews now started operating in the fields. The team created the drone software on their own and bought the field map processing software from the best contractors in the industry. 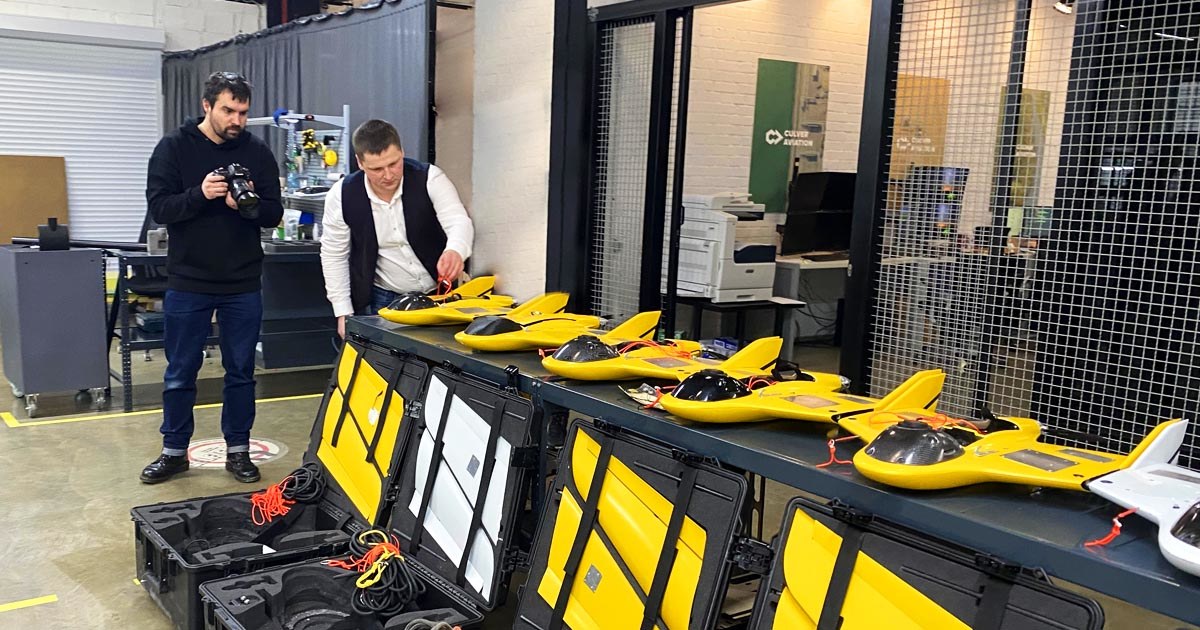 According to Danylenko, during testing, the guys smashed more than a dozen planes. Some of them were restored, some were not. However, Oleksandr admits that he still does not feel like a businessman who has managed to achieve his goal. "This spring we had to enter the market of services for farmers. However, the damn war changed everything," he said.

"If I had today's experience back then, everything would have developed completely differently," says Oleksandr. "Because we had it this way: we have money, we make a plane, it crushes, we have no money."

The search for investors

Oleksandr does not talk about his partners. However, he recalls that there was a time when he was left alone and decided to completely rethink the business. Financial difficulties forced other co-founders to leave this business. Each of the partners was enthusiastic, they were developing UAVs and in parallel engaging in other businesses. But at some point, they decided to focus on other areas of entrepreneurship. "The aerial industry is quite financially intensive. At the beginning of the start-up capital was composed of our savings. It took time and money to implement the idea and get a plane that would bring income, "says Oleksandr.

At the same time, in 2015, he started searching for investors. "Some were interested in technology, some wanted to become a partner. However, there was no big investor, even among financially strong agrarians, who, as we thought, could afford such a solution, ”says Oleksandr. 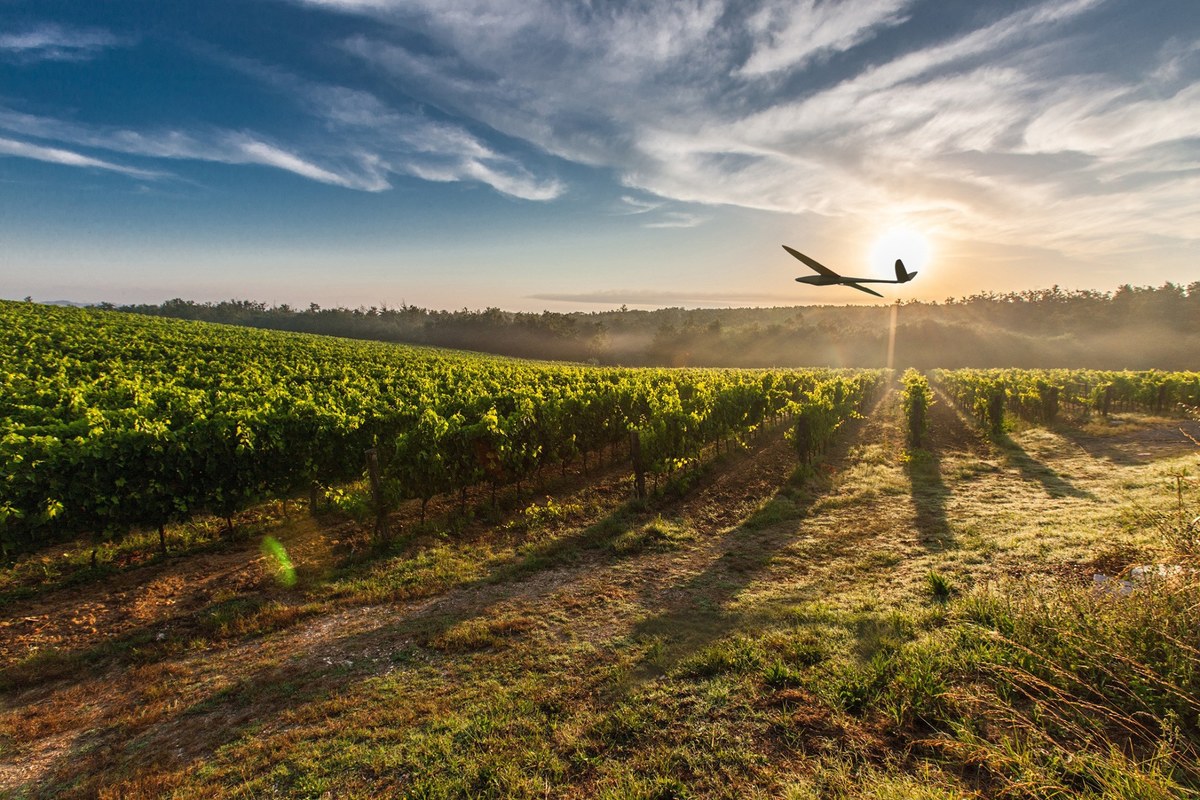 He says that at the end of 2020, when it was time to reevaluate what the company was doing, he spent several months alone hatching a new technical solution and at the same time sending offers to investors and flying abroad to meet them. "And it was TECHIIA that became interested and invested," says Oleksandr. That's how Culver Aviation was born.

At the same time, Danylenko was negotiating with Canadian, Turkish, Arab, Polish, Swedish, and French investors and entrepreneurs. "These were my good contacts from exhibitions, forums, etc.," he says. However, it was not possible to attract foreign money. "With Canadians, for example, we went half the way, but under those conditions, we had to have a significant portion of our equity. And we stopped. There were also some nuances with software developers from Sweden, France, a product company from Poland, etc.,” says Oleksandr.

It took two tries to reach an agreement with TECHIIA, with an interval of three years.

I have known TECHIIA owners for a long time, but just knowing a person does not affect the business in any way, says Oleksandr.

In 2019, there was an attempt to invest in this project. However, then the potential partners did not come to any agreement. It was only in 2021 that the agreement was achieved and Culver Aviation was created.

Wartime realities in a new place

"This is our eighth relocation," says Oleksandr, talking about moving business from Kyiv to the western part of the country. The businessman admits that a year before the war he considered one of the cities in western Ukraine as a location for aircraft production. "The war hastened our plans. We moved here a week after the invasion," he said. According to Oleksandr, the local authorities were eager to help find production facilities and support businesses in every possible way. "I am sure that if we had not found the premises ourselves, they would have helped us. However, it was very difficult to find housing for our employees and their families,” says Oleksandr.

So far, 29 out of 60 employees have moved to western Ukraine. “Some work in the Kyiv office, some remotely. To support the staff, we paid everyone a salary for the next two months in advance, ”says Oleksandr. 13 employees of the company joined the Armed Forces.

Another challenge is broken supply chains for components. "Some of our spare parts are stuck in the DHL’s warehouse in Kyiv, which the company closed due to the war. Only now we were able to get our order from there," says Oleksandr. The company transports parts for its aircraft and drones from China, the USA, and Europe while producing blades on its own. "We finally have resumed logistics," says Oleksandr. Currently, the entrepreneur even has a stock of chips made right before their shortage worldwide. 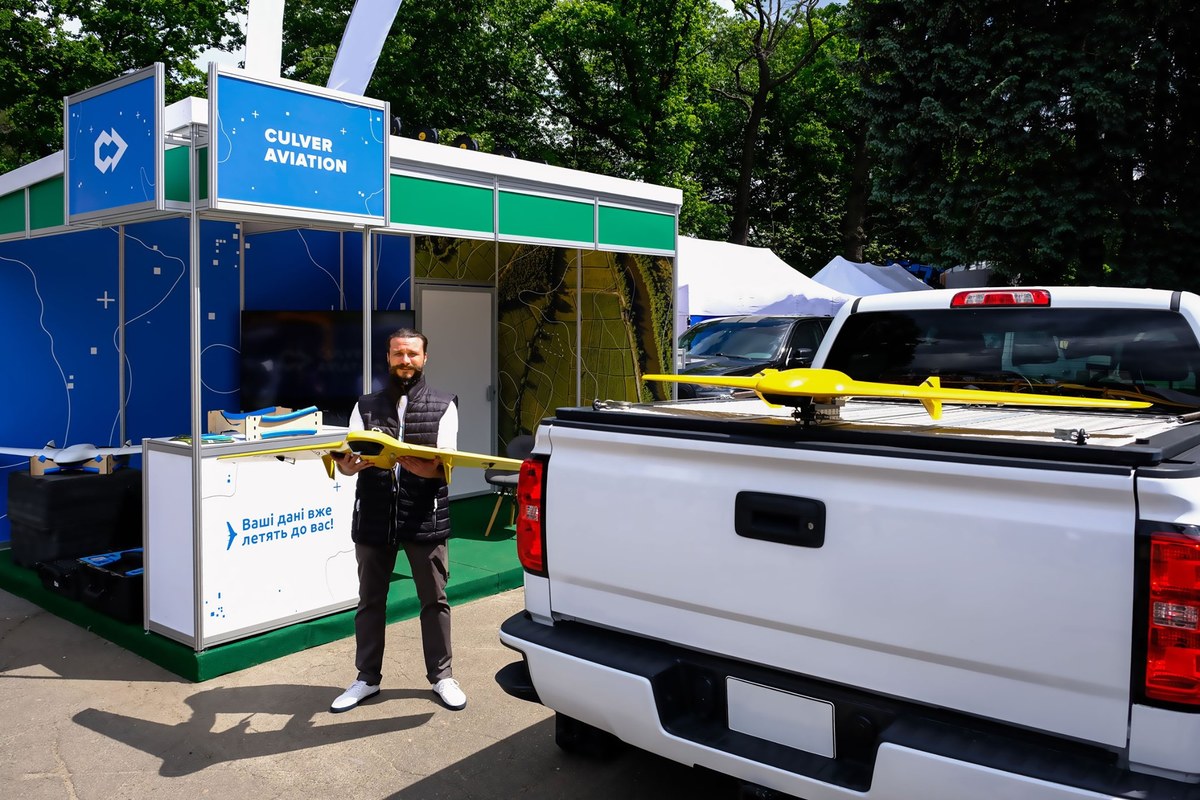 A school for drone operators

Already in the new location, Oleksandr came up with an idea to establish a school where future drone operators could start their new careers.

"Some Culver Aviation operators joined the Armed Forces. Moreover, we realized that there is a huge shortage of specialists in this field on the market. Some of them will help the Army, some will find a civilian job, some may start their own business," says Oleksandr.

According to him, anyone can study at the school for free after registration and an interview.

This is our investment in the form of people’s time and effort, and rent. This is yet another contribution to our victory, says Oleksandr.

Serhiy Ivanov, the Head of Culver Aviation Customer Service, says that the course lasts a week. "Upon completion, all students take an exam and receive a certificate," he adds. Here the structure of the drone and basic skills of its piloting are studied. "Theory is studied 4 hours a day, the rest is practice: completing a mission, preparing for it, using technology," says Serhiy.

Already the third wave of recruits is currently undergoing training. Experienced practitioners who have previously surveyed and analyzed fields, roads, and other facilities throughout the country provide training here. 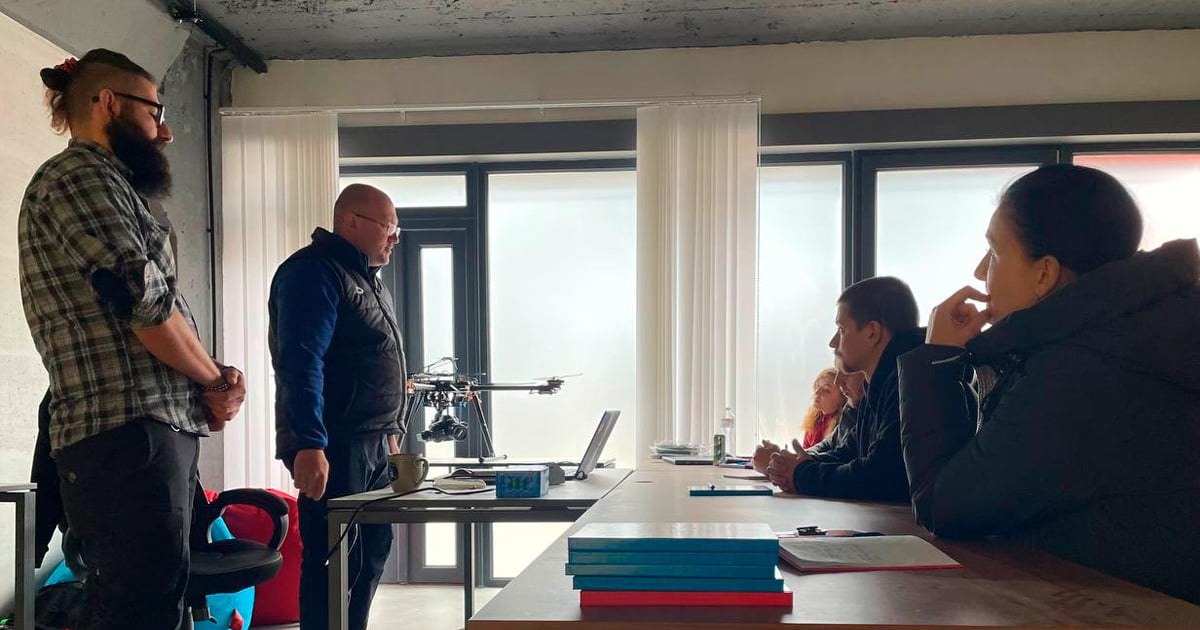 "Today the sky is closed in Ukraine. And we are now actually completely reviewing our portfolio of services. What we planned before February 24 is 80% irrelevant, — says Oleksandr. "No farmer can order anything at the moment, because part of Culver Aviation's services cannot be provided at the moment — no flights can be conducted."

Culver Aviation donated part of its aircraft — namely six worth UAH 4.8 million — to the Armed Forces.

SKIF UAVs are used for land surface monitoring and mapping — they are needed at the frontline now, says Oleksandr.

He and his colleagues are now rethinking business goals and thinking about what can be useful in the civilian market. "We planned to digitize roads, measure fields, and provide analytics. Our services are needed today, but it is impossible to provide them," he adds. 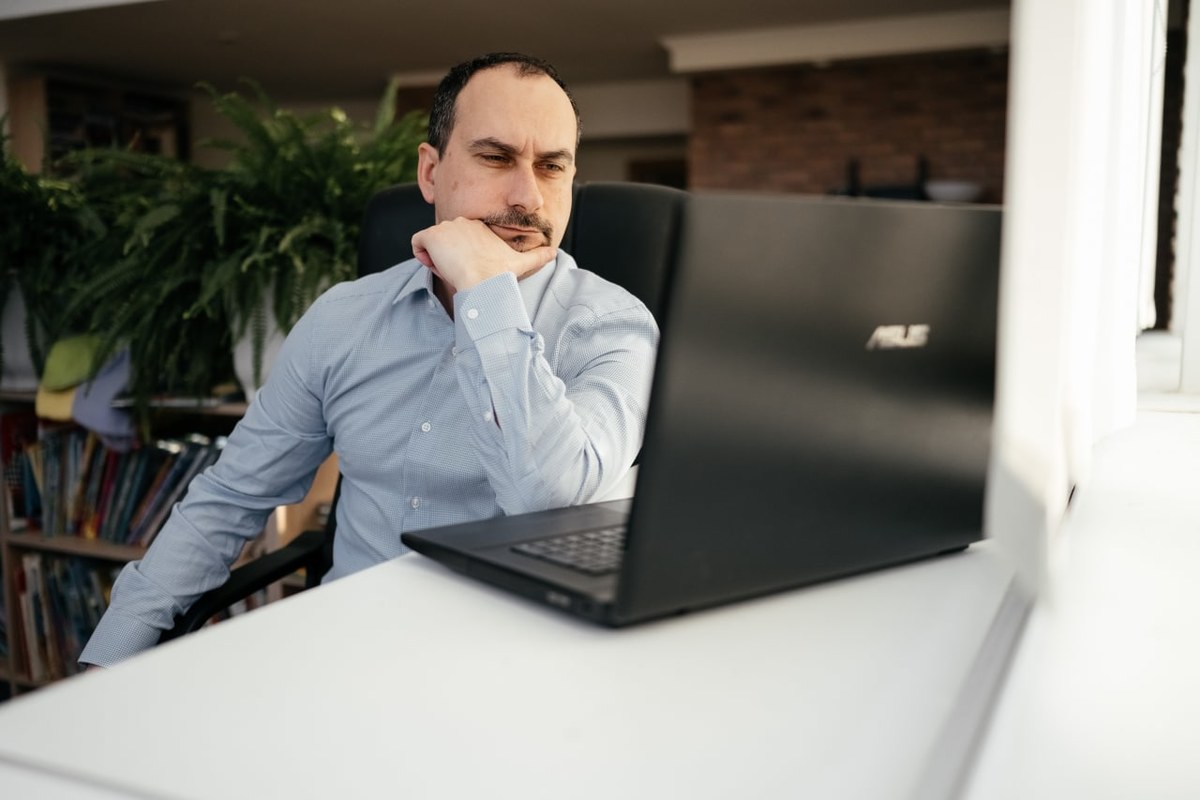 According to Serhiy Ivanov, UAVs may be useful for digitizing Ukraine in the future. "There is a need to make a digital map of the country, scan businesses that can be sold, leased. These are very great opportunities for the state — to keep records of facilities and earn. You can also scan the railways, power grids, forests, and even the entire country. This is also useful data for Rapid Response Services to have control over the use of natural resources," says Ivanov.

Oleksandr emphasizes that he plans to develop the company in the civil direction only.

But in case the military equipment will be required, we can fulfill such an order. However, it can not be an order from the state, because according to the law, in the case of fulfilling a military order for the state, we become arms dealers, says Oleksandr.

After the victory, Danylenko plans to continue working at the new location. "We will have a western unit," he says. Oleksandr’s global goal is to become part of the global innovation community.