Oleg Krot: "Everything Ukrainian and international businesses do for the country is significant and extremely important" 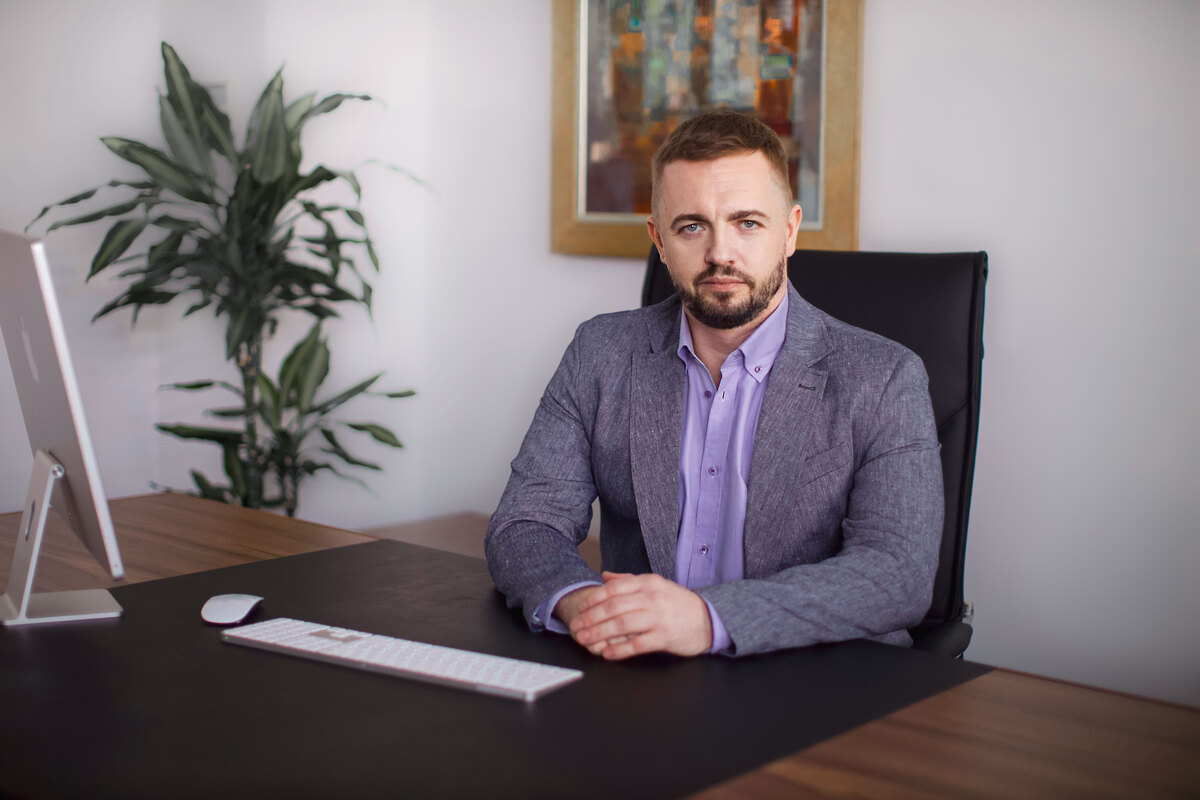 TECHIIA Holding is developing in many technology directions. Since February 2022, the company has taken an active part in implementing social and charitable projects designed to solve the problems of the Armed Forces and help victims of the war. Oleg Krot, the Managing Partner of the TECHIIA holding, spoke about CSR, the reputation of Ukraine, and future initiatives.

1. Social communications have become a priority for Ukrainian businesses. How to properly build a system and integrate CSR into the company's general strategy?

The "how to properly" comment somewhat limits options and approaches. When implementing TECHIIA’s social projects, we are guided by the initial principle of “maximum benefit for the maximum number of people ''. I believe that the strategy is not so important as the desire to help and expertise in a certain direction.

For example, I have been engaged in charity projects since my youth, when the "CSR" abbreviation did not even exist in Ukraine. At that time, I was providing aid to medical institutions non-publicly, knowing that if they could get it from state funds, it would not be very soon. I took this direction not because it was right, but because I have a family full of doctors of various specialties. Hence the understanding of medical issues and emotional involvement. Similarly, some chose to care for animal shelters as their CSR project, while others chose education for underprivileged groups, and so on.

The second principle is "help where you work." We are all interconnected. A good business cannot be created and run without customers who have a sufficient level of comfort and security. Yes, we provide products and services, but we also care about something bigger, common, and social.

It is good if your CSR also relies on your company's unique expertise. But nowadays, it is not that significant given the full-scale war waged by russia. Today everyone needs everything.

2. What are the most effective tools for drawing attention to Ukraine on the international stage?

The reveal of our true colors to the world is the most essential one. Until recently, Ukraine was perceived only as a post-colonial country that borrows money and then steals it. This is the consequence of a very long stay behind the iron curtain, being detached from the market economy and real politics.

Forward-looking citizens no longer associate themselves with this image. They see Ukraine as a country with huge scientific, technical, and production potential, which is capable of a rapid economic breakthrough. We are one of the largest markets in Europe. And in terms of the quality of some government services, retail, customer service, and online banking, it is also the most developed. The world should see it and feel just like it sees and admires the successes of our Armed Forces.

Yet we have a lot of work along the way. And one of the main tasks is to build new relations with the authorities. Its representatives have already changed in almost a year of the invasion, but they must realize that the door to old schemes and corruption is closed and cemented.

3. How has TECHIIA’s work changed in terms of communication over the year? How do you work with corporate volunteering?

Communication with business partners has changed fundamentally. We refused to work with entrepreneurs who take the "only business, nothing personal" position. Because everything that happens in the country is extremely personal to us. Do you support Ukraine and our people's desire for freedom? If yes — we can cooperate. If not — sorry.

Fortunately, with the vast majority of partners, we coincided in values. Only a few have gone and I'm glad they showed their true nature right after the invasion started.

In general, communication remained as it was. If we talk about CSR, we were implementing projects and talking about them even before February 24. It's just that now there is simply more activity and, accordingly, more messages as well.

The NGO Techiia Foundation is responsible for corporate volunteering. It involves a strong team of internal volunteers from among employees. All our successful projects are their work in parallel with business tasks or sometimes instead of them. Thanks to this team, TECHIIA, for example, in a matter of days put aid to Ukrainian defenders on track and at the same time maintained all other charitable activities. 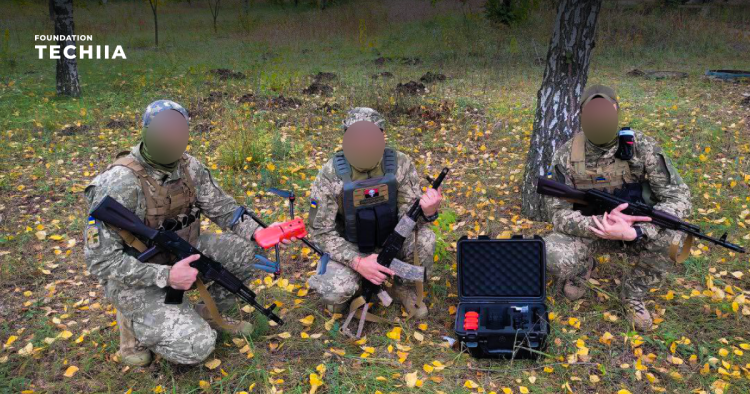 4. What are your criteria for selecting social projects? In which areas do you invest the most?

The criteria are quite simple: reach, perspective, and effectiveness. That is why we essentially focused on the healthcare and education systems, and since February, on supporting the freedom of Ukraine.

The most important thing here is how to exactly distribute the funds. We do not give money for point treatment, but transfer modern equipment to hospitals — there are already 16 of them — across the country, and finance the Eva Inclusion and Correction Center. Why? Because they will be able to scale benefits for patients right away. We do not send students to study abroad but instead develop educational programs, and share expertise right in our country. A good example is the Computer Graphics Film Director course from WePlay Esports and Kyiv National I. K. Karpenko-Karyi Theatre, Cinema and Television University. 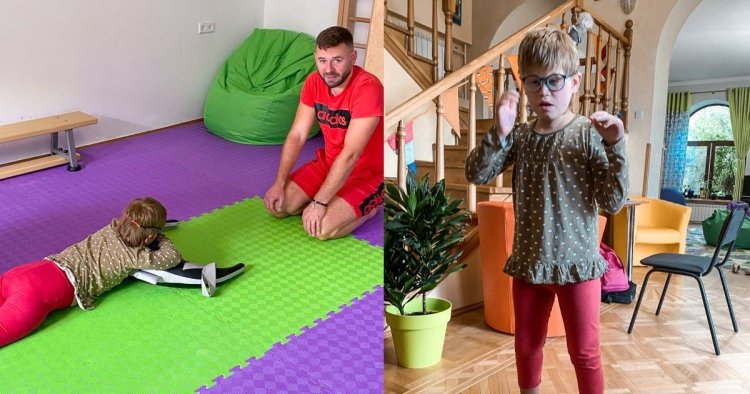 5. "Supporting the freedom of Ukraine" is the company’s global initiative — what has already been done and what projects are at the stage of implementation?

We managed to do a lot, but not everything unfortunately can be publicly disclosed. This can be revealed only after the victory, and then not immediately. All I can say is that, in total, the Techiia Foundation handed over equipment, first-aid kits, ammunition, drones, cars, and other useful items to the Armed Forces worth over $21 million. From my funds, which I got in the form of dividends from various businesses, I purchased various assistance for almost $40 million

We have built a comprehensive chain of assistance. We know what is needed, where it is needed, we know where to buy it at the best price, and we know how to deliver it.

Despite the war, we continue our projects in the medical and educational directions. Yet, of course, so far the aid to defenders is disproportionately greater.

Taking into account the realities of recent months, we are expanding our ideas. The Techiia Foundation is preparing charity programs to help in the fields of children's prosthetics as well as provide our soldiers with modern prostheses of the upper and lower limbs. Also, providing medical assistance to the population in the de-occupied territories and supporting communities during the heating season. 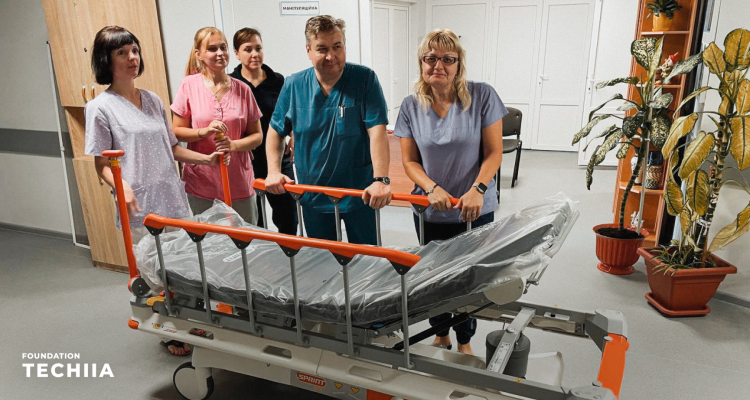 And we definitely consider possible participation in the reconstruction of destroyed hospitals in the liberated territories. In such times there is enough work for everyone. 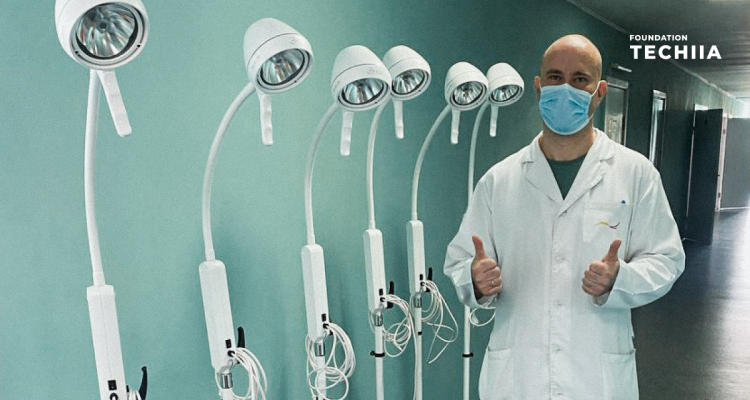 6. Let’s talk about corporate NGOs — a lot of them were created this year. Tell us, using your example, how to make their work effective, and which development strategy to choose.

In my opinion, the mistake in starting a charity fund can be a misunderstanding of the principles by which such structures operate. For me, this is a project that has a clear strategy, goals, and team. It does not bring profit, but it should make a positive impact on society.

If you treat it differently, the charity will end after a few promotions. And it needs to be turned into a process, the development of which needs to be given attention, like any other.

At the start, you need to be clearly aware of social needs while in the process, you need to promptly respond to changes in the situation. Take, for example, a foundation that takes care of children with cancer. After the russian invasion, many such children went abroad for treatment. Given the new circumstances, it may make sense to temporarily switch from this project to solving other issues. For example, support for children whose one or both parents died in the war.

7. What social projects are significant for you? International cases maybe?

They all are. Especially now. Everything that Ukrainian and international businesses do for the country is significant and extremely important. Literally.

I am glad when I see a paradigm shift in our territory. People who believed in the principle that "the only thing a business should do is to make money" are a thing of the past. Not because someone in Europe or the USA said that such a principle makes it impossible to dynamically develop the company and work with large international partners. But because it is a natural phenomenon in today's circumstances, which will also remain even after the victory. And this is our very valuable asset.

Últimas notícias
TECHIIA won the ranking of social initiatives in Ukraine
The "Get well soon!" project for upgrading equipment in hospitals became one of the winners of the "Responsible Country" contest in the category "Own Projects of Charitable Foundations" from Marketing Media Review.
SENET became a partner of CyberCore, the largest franchisor in the cyber club market of Vietnam
Premium locations of the largest network of cyber clubs in Vietnam – CyberCore – have chosen SENET from ENESTECH as a software platform for managing clubs. This is the start of a great partnership, as CyberCore has over 700 clubs across the country.
In 2022, 9 hospitals received new equipment from the Techiia Foundation
During the year, children's and adult hospitals of various directions in seven cities of Ukraine received new modern medical equipment and consumables worth over UAH 6.5 million.