The most valuable asset: how did the business interact with its employees during the “quarantine” crisis 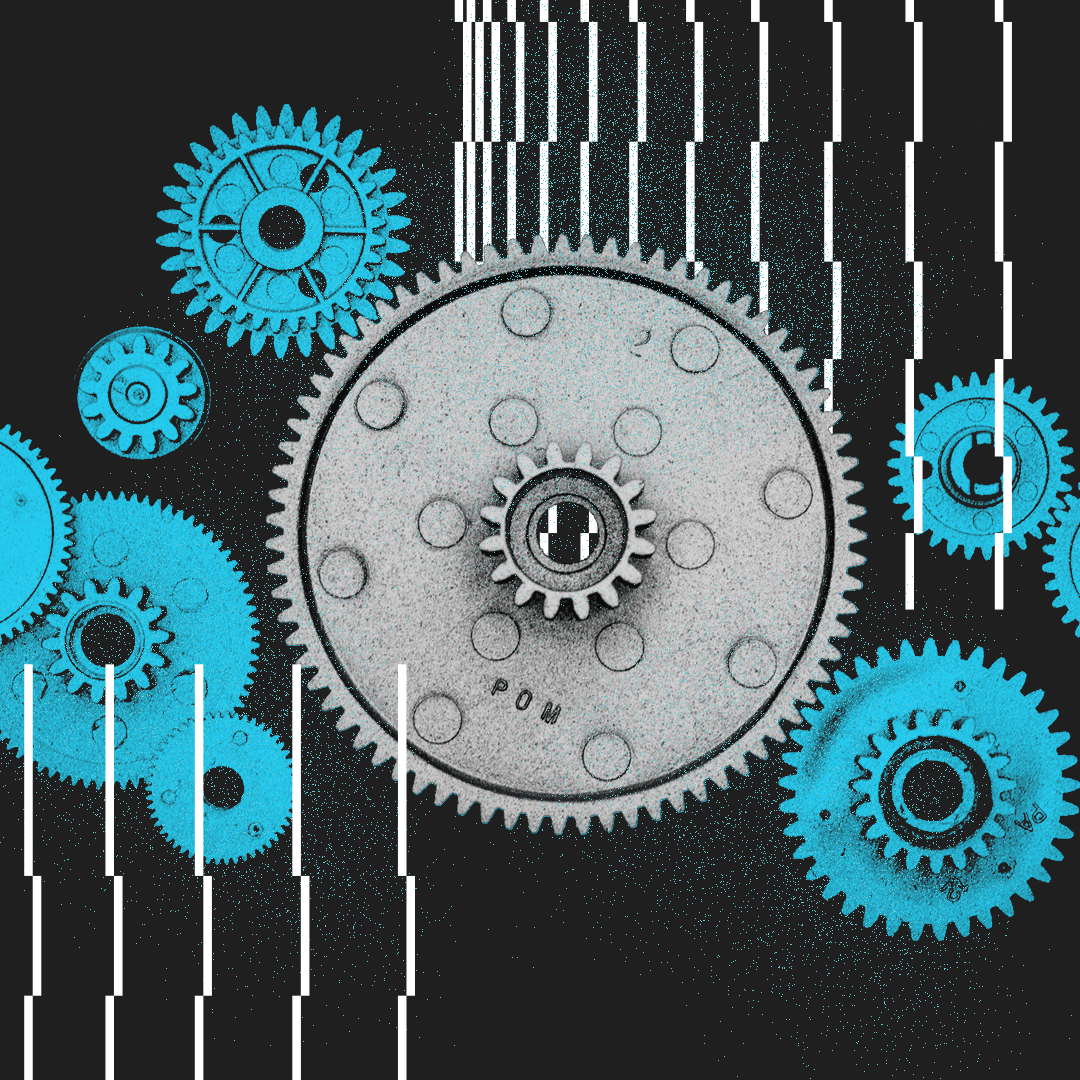 The coronacrisis revealed an unobvious thing to Ukrainian entrepreneurs: people turned out to be a scarce resource. Despite the fact that quarantine restrictions contributed to the return of some workers to their homeland, it turned out in many industries that there is no surplus of good personnel and it is not even expected.

At the same time, Ukrainian employees, even at lower salaries than in neighboring countries, are not cheap for their employers. As a result, the business had to solve the most complicated and contradictory task - how to reduce staff costs and, at the same time, not lose the team. And since March, entrepreneurs have enriched themselves with invaluable experience on how to do this.

Work from home - it is possible

The first decision that occurred to everyone who is not connected with the strict necessity of being “on the machine” or who can take their “machine” home. A solution that captivates with its simplicity and is desirable for everyone who has to stand for hours in traffic jams often scares management. Bosses are afraid that unattended employees will not work on full. 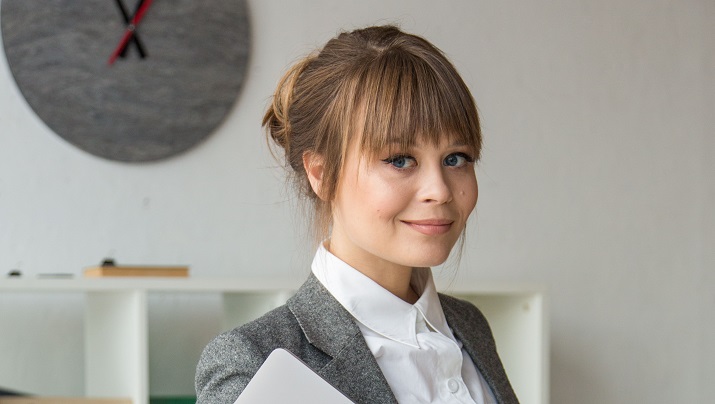 Chief HR Officer at TECHIIA Holding Victoria Dzyba: “Prior to quarantine, TECHIIA companies almost did not practice work from home. This is due to the high growth rates of projects. Therefore, the decision to switch to a remote form of work was not easy for us. But thanks to the strengthening of regular internal communication in the company, the adopted rules for holding online meetings, we saw a positive growth dynamic in overall performance. In many ways, the key to success is the previously formed close-knit team and the awareness of our employees. Experience has shown that there is no need to be afraid of remote work, but rather, it can be introduced as an additional benefit for our employees.”

“Before the global pandemic, we were committed to working from the office and creating the most comfortable conditions for it,” says Alisa Barinova from Gismart, a computer game development company. Now it became clear that the remote work did not hit the pace and quality of work. And starting in May, we began to recruit employees who will work remotely after quarantine."

As experience has shown, with the proper organization of remote work, employees work no less, and sometimes even more, than in the office. The main thing is correctly selected KPIs. And the main real problem faced by businesses in which people worked remotely is a violation of life-giving internal communications. However, a cure was found for this.

Says Alena Obukhovskaya from Arricano Group, a network of large shopping and entertainment malls: “Our employees have not decreased the amount of work during the quarantine. But what they lost was communication within the company. We had to actively work out internal communications. We spent a lot of online events for employees. It turned out to be very important."

The fact that it is necessary to pay attention to the psycho-emotional state of employees is said by not one or two people. And this is not a Ukrainian phenomenon. The problem is global, and it had to be solved everywhere. At Gismart, management also had to deploy activity to maintain morale. And they did it in China and Belarus, and in the UK, and in Ukraine.

Now many companies have learned how to manage distributed teams and no longer want to return to the office with the whole staff. Employees save personal time, companies save on rent and office costs. All this more than covers the disadvantages that turned out to be dealt with.

Victoria Dziba adds that nowadays TECHIIA practices mixed work. That’s when the office is open to everyone who needs personal interaction, but the recommendation for the quarantine period is to work remotely. This flexible approach allowed us to review and optimize a lot of processes. The company is considering the possibility of remote work after quarantine. 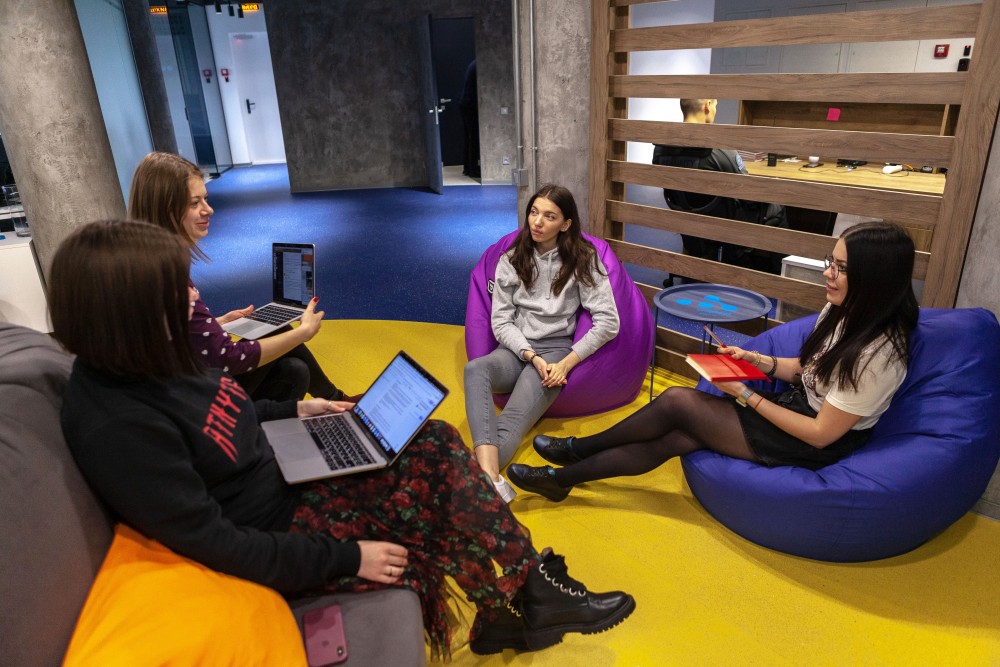 Quarantine turned out to be dangerous not only by transport difficulties but also by the general slowdown of the economy. Some sectors of the economy even had to stop working. In this situation, it was necessary to solve a difficult and unpleasant task: to dismiss employees, send them on unpaid leave, or reduce salaries.

Those who planned to resume their activities after the most severe period had to maintain the viability of the team and maintain its motivation.

“At the end of April, when we completed work on existing contracts, I gathered the team and honestly discussed the situation,” said Dmitry Chashnik, owner of the Cobit-Solutions IT company. “We went on unpaid leave. And we started to return every one from May 10. But some employees took longer vacations at their own expense in order to deal with their personal stuff." 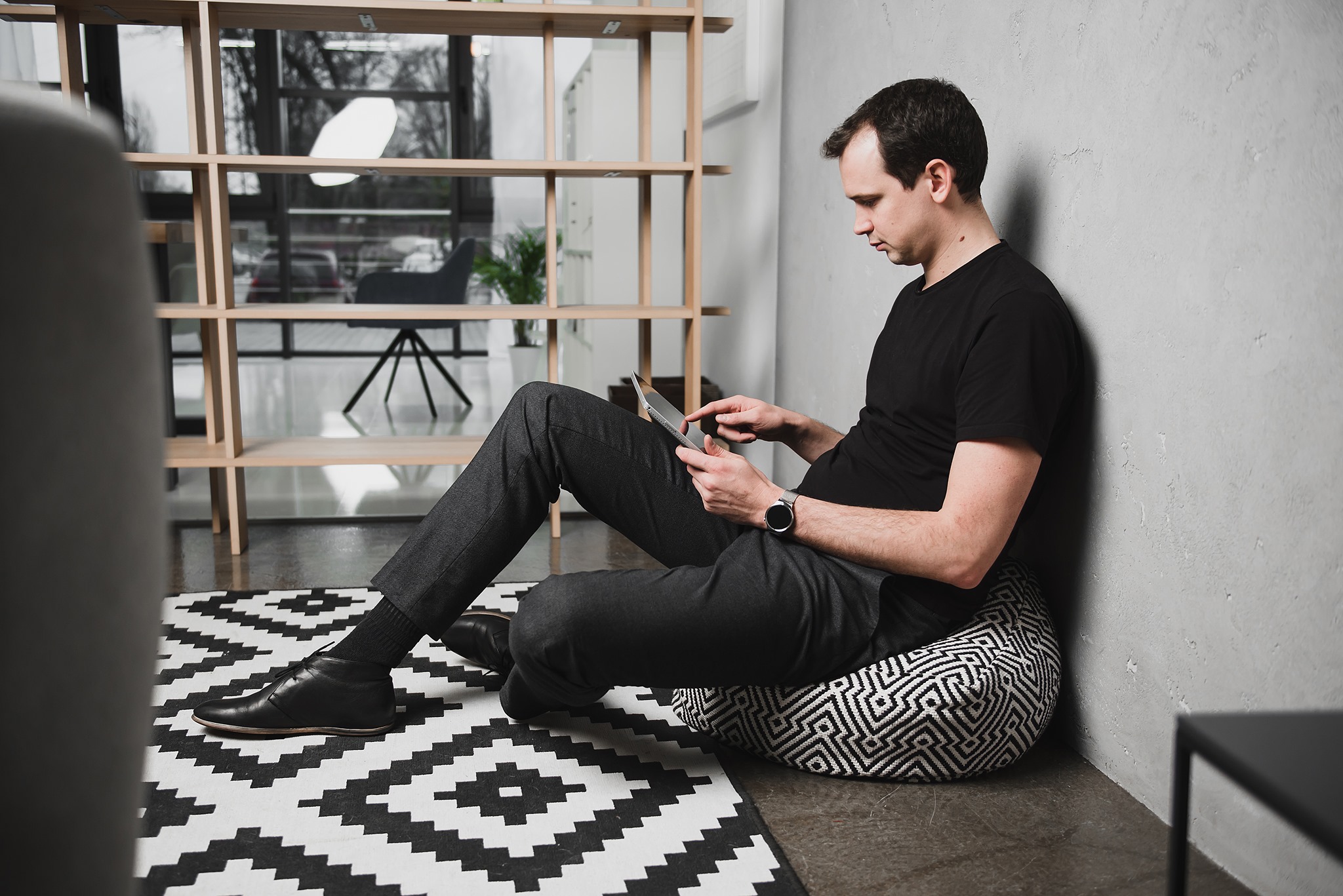 Not every working process can allow reducing part of the team. In these cases, some reduced working hours.

"When our number of orders decreased, we revised the work schedule so that everyone got working hours. And so that everyone could work efficiently. Employees see how much work is available and how much you can earn. Justice in everything is ensured by a strong backup," says Rita Kominova the director of Lotus, dry cleaners network.

And experience has shown that by decisively taking these unpleasant steps, many were able to get their workers back. And all thanks to the fact that we honestly agreed on everything.

“The way our team lives and works now, I consider being one of the big gains in this crisis. Now the main thing is transparency in relations,” Kominova emphasizes.

“Timely, sincere and transparent communication between team leaders and their employees is a very important control element during any crisis. We had a safety margin to save jobs and not reduce salaries. But we stopped the revision of income increase. Employees of all holding companies were honestly informed in order to minimize disturbance and set up a team for productive work,” adds Victoria Dzyba.

Creating a team in itself has a specific price. And in a situation where employees are left without work, there is a risk that they will not go back even with favorable conditions, you will have to spend time and money again on finding, hiring, and forming a new team.

“On average, 1-2 monthly salaries cost a company hiring a new employee and another 4-5 salaries on employee adaptation. Hiring employees for starting positions is especially expensive,” comments Victoria Dzyba. “Valuable employees are always in demand, both in and out of the crisis, that’s the fact.”

“In quarantine, we had to stop our activities,” says Tatyana Demenko, the Commercial Director at MoKids private preschool. “But we have found a way out. We need to study with children, they sit at home with their parents or attend kindergarten. And for homeschooling the younger ones there are so many interactive resources today. And we shifted our educators into digital artists. They shoot videos, edit cartoons and generally advance very much as distance teachers for children and, most importantly, their parents. It was not an easy process. But in this way, we were able to satisfy the needs of our customers and retain our staff which we were assembling really hard."

This is the shortest point. I don’t want to talk about it, but it’s impossible not to mention it. The task of the business is to make a profit. Sometimes you need to go for it. Especially if this will allow the whole company to survive and retain the team. But remember that it is important to say goodbye in such a way that the employees are ready to return to you.

At the very beginning of the article, we already noticed that human resources became scarce in Ukraine. A serious influence on it is exerted by external labor markets, and simply by a lack of qualified personnel in the country. Take a look around. Perhaps the situation is such that right now, while the exit is difficult, or the competitors are not feeling well, is there an opportunity to replenish your team with new valuable employees? Some are already doing this.

Katerina Rudenko, director of The Brush beauty salons, said that it was during the crisis that she actively hired new employees who were not comfortable with working conditions in the same places. “A modern extra-class hairdresser must invest a significant amount of money in its education every year,” says Rudenko. “And when quarantine restrictions forced someone to slow down, we began to attract the best.”

And this situation is not only in the "blue-collar" professions. “I see the crisis as a big window of opportunity. We are opening 8 new secondary schools in Ukraine,” said Dmitry Korchevsky, founder of the STEP Computer Academy (includes a university, professional courses, and two secondary schools). “Many interesting workers have entered the job market, and I am actively “collecting cream” now. Today I interview people whom I could not get before due to their employment. And the crisis helped me with this.” 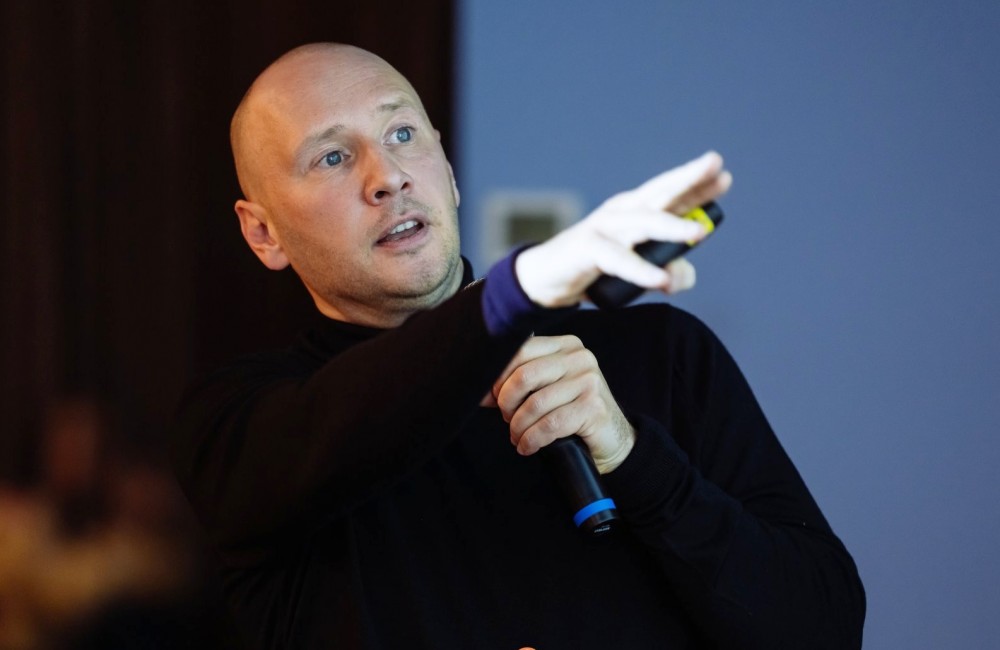 Team management is only part of the process optimization question. On how Ukrainian businessmen optimized their finances and business processes, we will talk in our next article.

最新的新闻
TECHIIA holding partners with the # Green4Europe series of hackathons
Hackathons will take place in Ukraine, Georgia, and Germany. During #Green4Europe, participants will look for new solutions that will help save the planet for future generations without compromising our needs. Three countries, three hackathons, and more than 300 participants that’s what #Green4Europe is.
Two hospitals received surgical equipment from the NGO Techiia Foundation
An ultrasound dissector for the emergency room and a skull fixation system for neurosurgery are already helping to save patients of Zhytomyr and Cherkasy hospitals.
5 mistakes that prevent you from making a competent pivot of a SaaS product
Elchin Aliyev, Chief Executive Officer of ENESTECH Software tells about why a cloud business needs pivot plans, and about possible mistakes when changing focus.