A Non-Solicitation Agreement: a logical step or a violation of human rights? 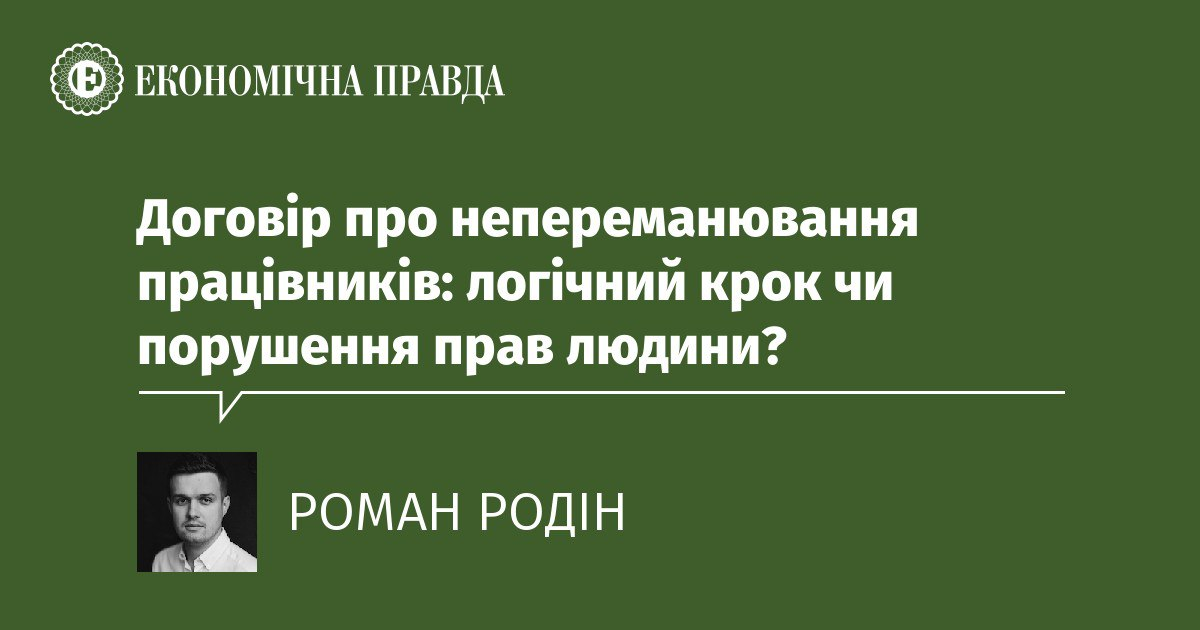 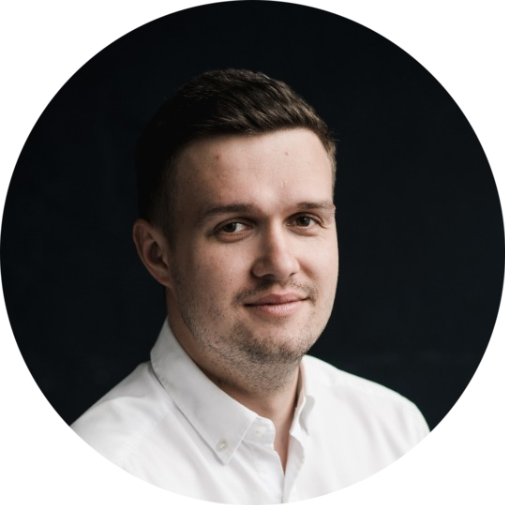 The higher the innovation rate, the harder it is for legislation to keep up. Ukraine is no exception. We proudly call ourselves a country of 200,000 IT professionals, but we are far behind in terms that could help us move to a post-industrial world.

The Ministry of Digital Transformation is trying to make amends. With Action City mode, it wants to bring logic and transparent rules of the game to the IT market, using the experience of countries with strong and predictable economies.

After many months of discussions, was passed in the first reading.

But this is far from the end, there are still many amendments to the document that promised to resolve before the second reading. One of them is a Non-Solicitation Agreement.

We have already understood the extent to which British law is applicable to Ukraine. In this article, we will talk about non-solicitation as an attempt to preserve the intellectual property of IT companies.

Why can good intentions add chaos to an already congested judiciary, and what to do about it? And why did The Ministry of Culture and Information Policy remove it from the new version of the bill?

The intelligent product goes with the employee

The founders and lawyers of companies long time seek a solution for the (un)protected copyright in general and in IT, in particular.

Here’s an example: a developer worked on a product, then moved to another company, where he works on a new product with the same features as the previous one.

A Non-Solicitation Agreement in general or a Non-Solicitation Clause as part of a contract is an obligation on the part of the employee not to use the current employer's experience in case of work for a competitor.

That is, a person, going to another organization, can not "take" with him his colleagues, clients, use confidential information for the benefit of a new employer.

Code, design elements, creative concepts are the above-mentioned confidential information. Often companies sign an individual contract on the creation of each individual character when it comes to game development.

In this case, the designer transfers the product according to the act of transfer. This is possible when there is a clear and tangible result of intellectual work. But if a person is engaged in current tasks, it is impossible to regulate.

This means that such a clause is appropriate in the contract with the top manager, the head of sales, employees who create a unique creative product, but definitely not any employee.

It's easy to notice features of your product that "suddenly" became part of the competitor’s product, especially if the developer went from your company to this particular competitor. Initial draft files can be demonstrated during the trial. They are dated, have a history of edits. That is, it is easy to prove plagiarism.

On the other hand, is it always reasonable to "track down" an ordinary employee? Is the damage really that big? Not at all. Based on this, the maximum punishment that the NDA violator will receive is a public condemnation on social networks.

You can't sit in two chairs

It could be said that an agreement between market players on non-solicitation will solve the problem of how to secure an intellectual property from loss or compromise. However, the answer is no. An unspoken public agreement of this kind contradicts the Constitution of Ukraine and violates basic human rights.

We understand the difference between "you can not take customers and colleagues away with you when moving to another job" and "do not hire competitor’s employees". No one and under no circumstances may restrict a third party's right to sell its services.

In addition, most IT professionals are registered as Individual Entrepreneurs. It turns out that the party that hires people wants to sit on two chairs: not to register the employee as required by law, and demand the maximum possible results and loyalty from that employee.

Senior managers are the ones who can cause significant damage. Usually, an additional agreement is signed with them outside the Ukrainian jurisdiction. In order to sue the top manager, it makes sense to start a trial in Britain, pay dues, hire lawyers. But it is too early to turn this practice into a law-like algorithm.

Let’s take Germany, for example. The CEO of the German auto giant cannot move to a competitor from the same country during the period stated in the contract.

It seems reasonable: a person knows commercial and other important information that can not be passed to colleagues in the industry. But an ordinary mechanic can easily go to another car manufacturer.

The technologist of the refrigeration packaging factory, can easily quit and start his own business. But it is forbidden to take away former employer’s customers. I mean, you can try, but if the violation is proved in court, the new businessman will have to pay a huge fine.

Even in countries with strong economies, there is no single great practice. British courts consider each case individually. How clear is the written clause on non-solicitation or competition avoidance, how convincingly the damage from the violation of this clause is proved, whether one really resulted from another?

The advantage of the British is that they have case law, a truly independent, non-corrupt judiciary, judges dive deep into every case and learn all the details. In the Law of Ukraine, such an approach is impossible — and it is better than worse.

In addition, there are companies in Ukraine that prohibit ordinary professionals and their relatives from working in a number of organizations at the contract level. There are cases of an unspoken agreement not to hire former employees of their competitors. This is a flagrant violation of the law that is difficult to stop.

The Ministry of Social Policy cannot help — people are not formally employed, the Antimonopoly Committee cannot influence — the agreements are unspoken, so there is no reason to interfere. The hand of the market remains invisible, and this is not the worst option.

Not interfering with a working mechanism is a great strategy. The state cannot reasonably settle such subtle matters. We saw this on the — the deputies proposed to tax income from transactions, but forgot to give new phenomena a proper interpretation and make changes to the proper laws.

Unfortunately, it is impossible to introduce European, British, and American legal rules into the Ukrainian reality in such a way as not to complicate the lives of people who work according to these rules.

Legislation is a complex system that integrates and evolves in all aspects of our lives. One is closely related to another, something small and insignificant remarkably affects the non-obvious aspects.

I think that's part of why the Ministry of Digital Transformation has and the non-withdrawal clause from the Action City bill in June and approved it at the profile committee.

Probably, the business ombudsman, the arbitration court, and the trade union should be involved in maintaining decency. All three parties are a derivative of market relations. If market participants cannot reach an agreement, the state will decide everything for them. This decision will be bad for everyone except the state itself.

The conclusion is obvious — to act within the law, common sense, and common business logic. That is to reach an agreement.