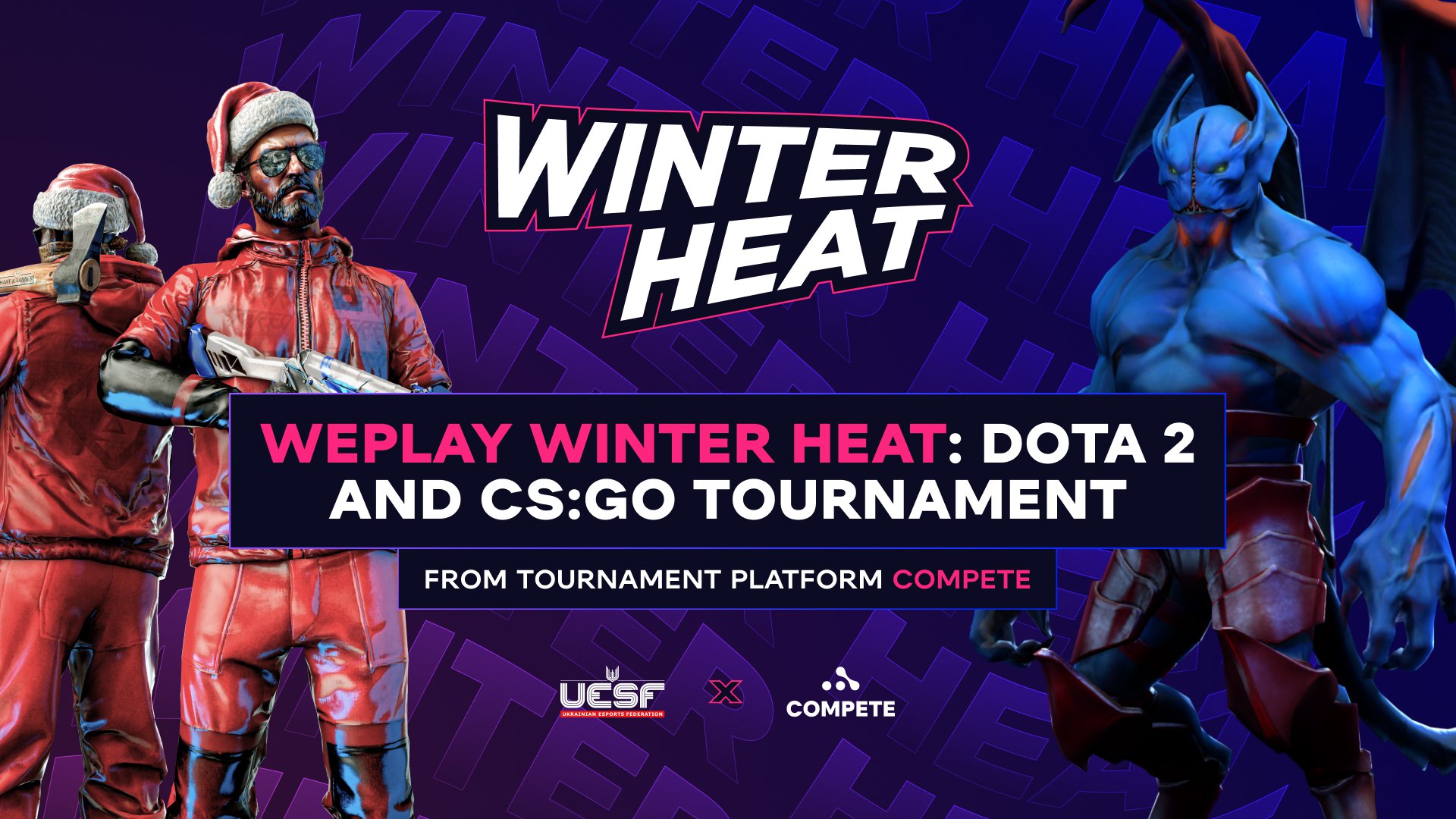 This tournament with a UAH 57,000 prize pool took place from 10 to 18 December and the Ukrainian Esports Federation (UESF) became the information partner of the event.

The Compete tournament platform, one of the products, hosted the WePlay Winter Heat championship. The disciplines of the competition were Counter-Strike: Global Offensive and Dota 2.

Any Ukrainian citizen over 16 could take part in the tournament. The event was held as part of the esports development program in Ukraine and was aimed at attracting new players to the industry and giving them a platform to develop their skills.

In addition to the actual esports battles, the WePlay Winter Heat hosted a streamer competition, the winners of which will have a chance to become official CS:GO and Dota 2 streamers on the Compete tournament platform. The best ones were chosen by Aleksey "yXo" Maletskiy, WePlay Esports talent, and Evgeny "Sh4dowehhh" Alekseev, a professional Dota 2 player. The best CS:GO streamer became the player under the nickname Elementhas, and the best Dota 2 streamer is still being determined.

The Compete tournament platform regularly hosts tournaments in various disciplines. Follow the latest updates on the website.
最新ニュース
Ukrainian company Culver Aviation develops drones. Several of them already help the Armed Forces
Ukrainian company Culver Aviation produces self-designed drones. However, it does not sell UAVs but provides a DaaS (Drone-as-a-Service). The company provides them based on images of the earth's surface taken by their self-designed UAVs. Since the beginning of the war, Culver Aviation has handed over several pieces to the Armed Forces. The AIN.UA editorial office asked the company's CEO Oleksandr Davydenko about his work during the war.
Culver Aviation to create 3D models to assess war damage
Culver Aviation launched Damage Monitoring to help assess the damage and properly allocate resources required for reconstruction after the war.
Drones, communications, and military first aid kits are in the new batch of aid from the NGO Techiia Foundation
Defenders of Ukraine will soon receive new quadcopters, radio communications, and military first aid kits from the Techiia Foundation. The organization spent almost $2 million (UAH 58.2 million) on this purchase.