Cars, cinematography, astronomy - how the collaboration of the wealthy smart people with geniuses changed the world 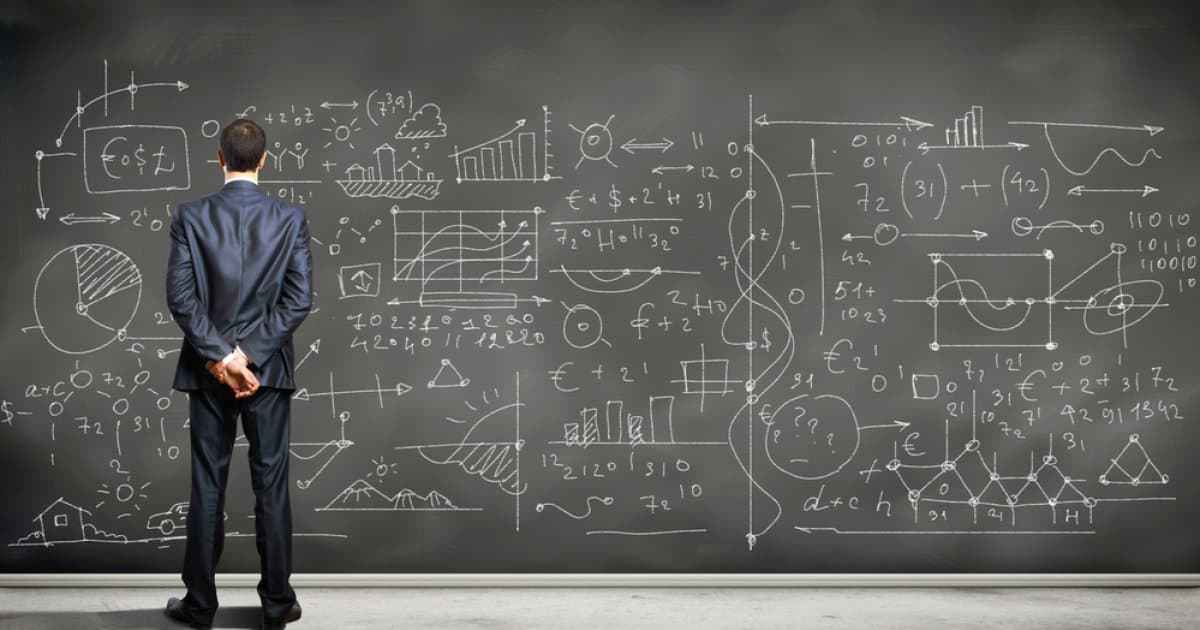 
It is exciting and difficult to live in a time when much was invented before us. Exciting - because, unlike our ancestors who first attached wheels to the box, we do not need to reinvent the cart, but develop an autopilot or route optimization algorithm for it. Difficult - for the same reason. After all, the more voids human knowledge fills, the more difficult it is to come up with a radically new one.

That’s why fresh startups reinvent delivery services, taxi services, click-to-order rentals, a phone in a TV, and a TV in a phone. Experienced investors call these promising projects.

Innovation is rooted not so much in human needs as deep in science - and sometimes needs are far ahead. But there is a traditional imbalance here. For developments that take life away or, on the contrary, extend it, states always provide funds. This is why so many household innovations have come from the military or medical sector.

And the rest of the projects face difficulties at all times. But they are no less pushing humanity forward. The difficulty is that it is difficult for their creators from the world of science to explain how to embed the invention into reality. This is where entrepreneurs come into play. Their task is to invest in deep knowledge, discern its value, applicability and pave the way into the world.

Below I will give four historical examples of the interaction between science and big business. You've probably heard about them but hardly knew the details. In a world of endless similar apps, social media, and startup pitches, it's time for us to remember how fundamental change has been and is being done.

Gravity for the duke's money

Many people associate Galileo Galilei’s name with a telescope, throwing balls from the Leaning Tower of Pisa and the phrase "...and the Earth, turning upon itself, moves round the Sun." (by the way, mythological). But few people know about his strong patronage support.

Galileo is noticed as a student thanks to his talent and charisma. But these same traits, along with the unwillingness to take their word for it, cramming medieval scholasticism at the University of Pisa and jokes on narrow-minded people, spoil the life of the young man, reputation, and career prospects.

After graduation, Galileo, at the very least, is attached first to the Florentine Academy, then to his native University of Pisa. Students adore him for experiments, arguments in pairs, and non-recognition of authorities. Colleagues and bosses, whose plane of judgment he ridicules, made him quit.

Galileo is left with debts, three children, a mistress, and a parental family in care. A few more teaching jobs didn’t help solve financial issues and to fulfill his ambitions.

Everything changed in 1610. A well-known scientist manages to invent a telescope, examine the surface of the Moon, and discover the moons of Jupiter. That’s when Galileo plays a trick. He dedicates his book "Star Messenger" to a former student who once fell in love with science, and now - the head of the republic, Cosimo II de' Medici.

The study of the heliocentric theory suggests that the rotation of the planets around the Sun can be explained by some kind of magnetic effect. Essentially leading to the discovery of gravity. After a while, from his office, Galileo recognizes the rings of Saturn, spots on the Sun, phases of Venus, he makes an assumption about the existence and motion of Neptune.

Yes, after the death of an influential patron, the Catholic Church, with death threats, will force the scientist to publicly renounce his theories. But this will not affect the development of science.

The story of Galileo and Cosimo Medici is indicative: the scientific freedom of a genius is possible only for very big money. True, huge resources are not enough - the patron himself needs to have a good education in order to recognize the scientific potential and not be greedy.

In the pre-GPS era, it was difficult for people to predict the shipping business. Ships often lost their bearings, came to the wrong place and often remained lost at the sea forever.

Wealthy countries like England and France have invested huge sums of money in the study of the Earth's surface. However, each of them had its own longitude with latitude and a prime meridian. The Paris Observatory calculated the starting point by examining the position of Jupiter, the London Observatory - of the Moon. Later, the world recognized that the British option was the correct one.

Meanwhile, on the territory of the Russian Empire, a certain student of philology, Friedrich Georg Wilhelm (in the future, Vasily Yakovlevich) Struve, is finishing his studies. A good position in the local gymnasium is already waiting for him, but the rector of the Universität Dorpat (University of Tartu) offers to study the exact sciences for a decent scholarship. The young man agrees. In 1813 he wrote a dissertation "On the Geographical Location of the Dorpat Astronomical Observatory". It was the start of degree measurements.

Studying astronomy makes the young scientist interesting to local businessmen. In 1816, the Livonian Economic Society commissioned him to create a map of the Livonian province. It takes three years of work. Qualitative research takes Struve to a new career level. The Dorpat Observatory, with its updated inventory and increased budget, is inviting a new star to work.

For the next 6 years, Struve was measuring the arc of the meridian with a length of 3-4 degrees from the island of Gogland in the Gulf of Finland to the city of Jakobstadt (modern Jekabpils in Latvia).

In 1850, the study was completed, and in 1857 the scientific work "Arc of the meridian at 25 degrees 20 minutes between the Danube and the Arctic Sea, measured from 1816 to 1855" was published. It lays the foundation of modern geodesy.

The evidence of this large-scale study is still preserved on the territory of 10 countries, including Ukraine. Some of them are on the UNESCO World Heritage List.

The story of Friedrich Struve shows the ability of small business groups to make possible what even strong and wealthy states cannot do.

Faith in a car

In 1888 Bertha Benz, together with her two teenage sons, made the world's first auto rally and test drive. The family gets into Karl Benz's recently patented Model III Motorwagen three-wheeler and drives from Mannheim to Pforzheim.

The official purpose is to visit her parents. The real one is to drive more than 100 km on different roads so that as many people as possible could see: the car invented by her husband is safe, it can be used every day.

Even before the wedding, Bertha Benz is investing part of her inheritance in the experiments of a smart guy with a big dream.

The daughter of a successful businessman from a small German city did not fly in the scientific clouds, unlike her future spouse, but looked very down-to-earth at the prospects of a unit that moves without horses.

She participates in testing, design development, and is interested in technological processes. She is outraged that the cars delighted everyone who saw them, but there were no sales.

Finally, she decides to take that very bold step without notifying her husband. Here’s what happened during this ride:

Although I feel Karl's worrying and do not approve of such a risk from my family, for me this story is about people who believe and are willing to invest in us more than we ourselves.

Cinematography could go into the world due to one of our fellow citizens if the right people considered it in time.

In 1893, a mechanic from the Kharkiv region, Iosif Timchenko, invented an intermittent mechanism, a prototype of the movie camera. In 1894, he demonstrated the new technology at the IX Congress of Nature Researchers and Physicians of the Russian Empire. The audience was delighted. But no one was interested in investing.

All year Timchenko presents the novelty to bankers, industrialists, and officials. The result is thanks and praise but no one considers commercial value.

In the same period, Louis and Auguste Lumière came into play. They do not need external investment: they can experiment a lot with gelatin photographic plates, which are produced by their own family factory. In February 1895, the brothers filed a patent application for cinematography, and in December they organized the first commercial screening of films. And their last film is a huge success.

The event at the Parisian Grand Café on Boulevard des Capucines is so extensively, actively, and emotionally covered by the press that the Lumières struggle to cope with the flow of commercial offers. Future franchisees are offered 60/40 terms, where 60% is the share of the inventors of the cinema.

Over the next two years, the new technology was demonstrated in London, Rome, Cologne, Geneva, Madrid, St. Petersburg, New York, Melbourne, and some cities in Japan. And it makes no sense for Iosif Timchenko to look for investments.

I told these stories to emphasize: the world is entering a new round of deep project crises. Many developments by quiet geniuses from science and technology go unnoticed, because local businessmen, accustomed to two-way schemes, lack the vision to see their potential.

New bridges are needed between geniuses and businesses. Future architects of change are people and companies with resources who, like Cosimo Medici and the Livonian Economic Society, see the development of their business and the world as a whole in the person of scientists.