Aestech surprised the World Architecture Festival with its own know-how

Aestech presented its technology — insulated glass units with higher stiffness — at the largest event in the world of architecture and design.

From November 30 to December 2, Lisbon hosted one of the largest events in the world of architecture and development — the World Architecture Festival. Every year the festival gathers thousands of industry representatives: from top managers of construction companies and the most famous architectural bureaus to engineers and suppliers. This year, , a member of the TECHIIA holding, was among the participants and partners of the event. 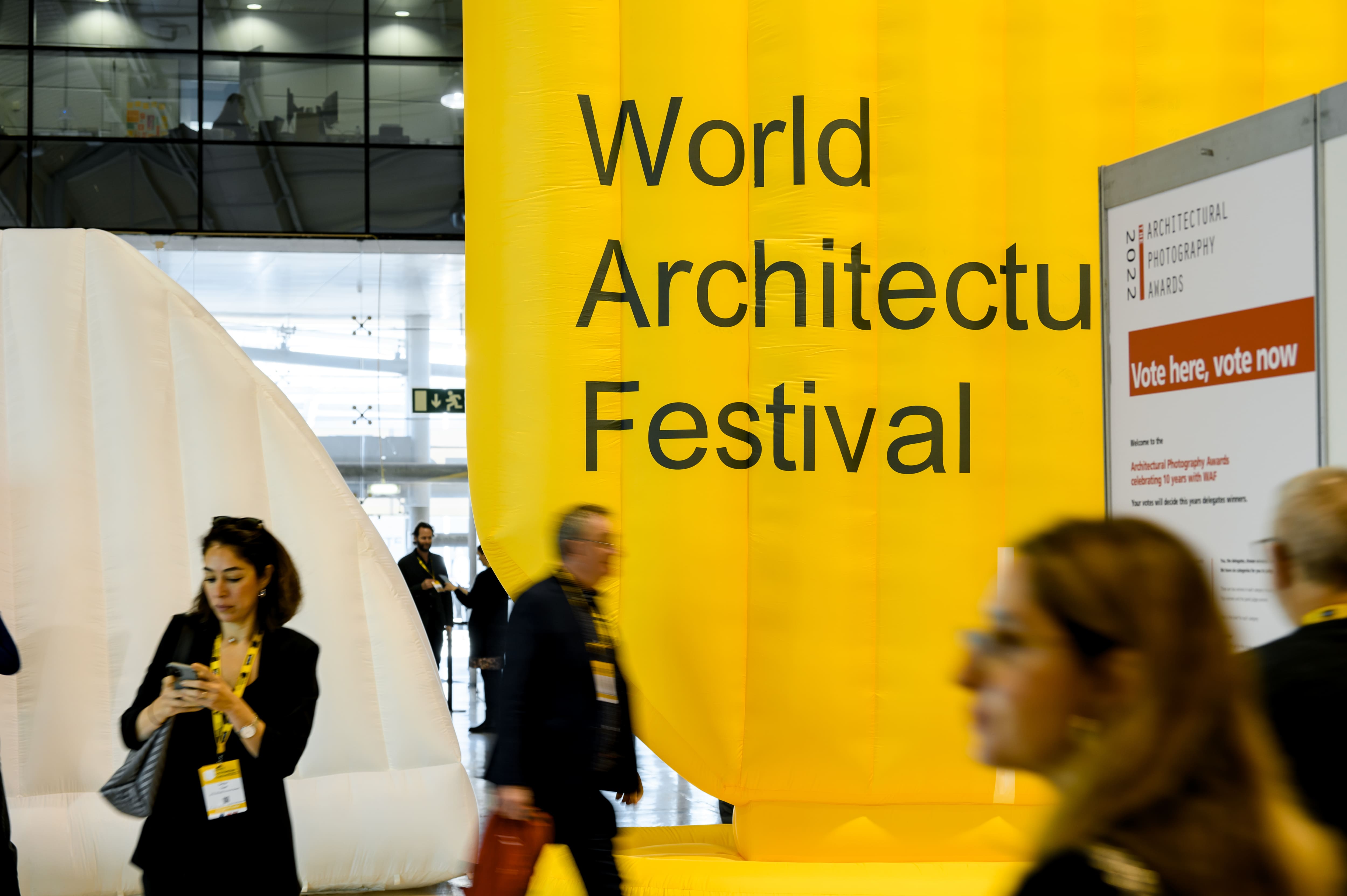 The World Architecture Festival is, first of all, an exhibition of technologies and the latest industry solutions. Aestech presented its own product there — insulated glass units with higher stiffness.

The festival began with an informal pre-party, partnered by Aestech. Festival guests gathered at the Myriad Crystal Center, Lisbon's remarkable architectural landmark, to get to know each other, get in touch with partners, and discuss the latest industry news before the official start of the festival.

Especially for the festival, the company created a large-scale glass stand, the design of which demonstrated the possibilities provided by the technology of insulated glass units with higher stiffness in the exterior and interior of premises. The stand consisted of two areas: a complex glass arch and a reception area. Guests of the festival could visually see how the technology is applied on a real object. 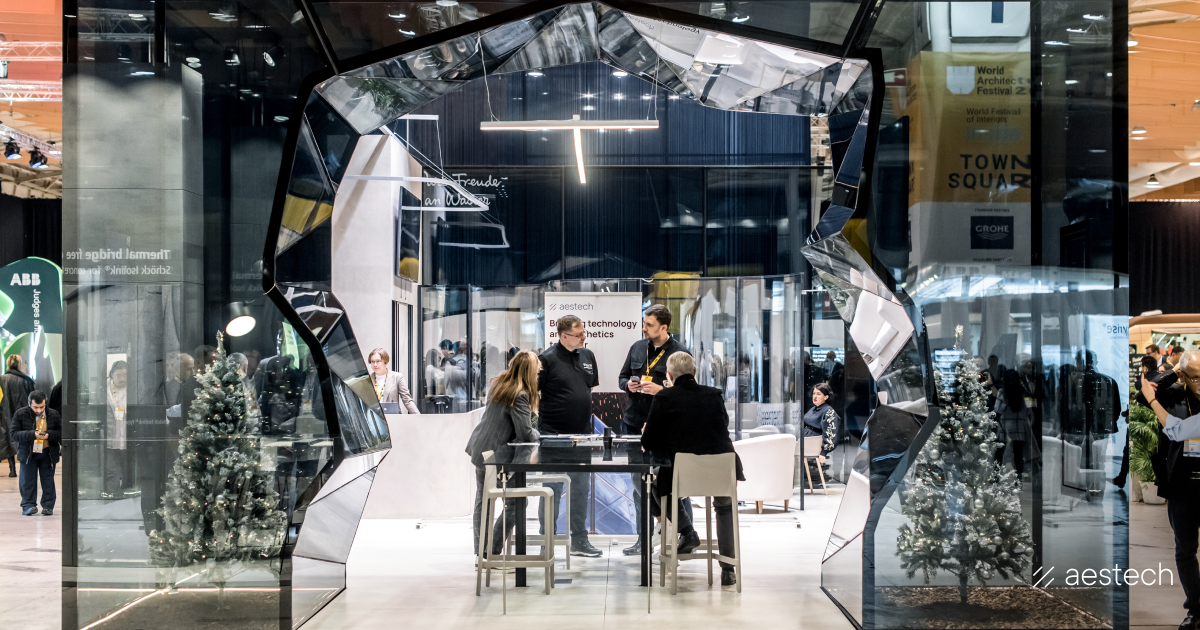 Aestech CEO Leonid Lazebnikov was invited to take part in the Future of Glass discussion together with James O'Callaghan, an engineer with a world name, known for his innovative approach to creating glass facades and other glass-transparent structures. One of his most famous projects is the cubic structures of Apple stores. Between the two of them, they have almost 40 years of experience, so it is not surprising that the conversation was long and rich. The discussion was moderated by Paul Finch, program director of WAF, who at one time headed CABE (Commission for Architecture and the Built Environment) of Great Britain, as well as the design commission of the London Olympics.

“Frameless glass facades are the future of real estate development. I am glad that the first major presentation of our product took place at WAF, an event that is 100% consistent with our technology in terms of scale and level.

I thank the organizers for the opportunity to draw the attention of the largest players in the industry to our constructions made of high-strength double-glazed units,” Leonid Lazebnikov, CEO of Aestech, comments on the participation of Aestech in WAF. 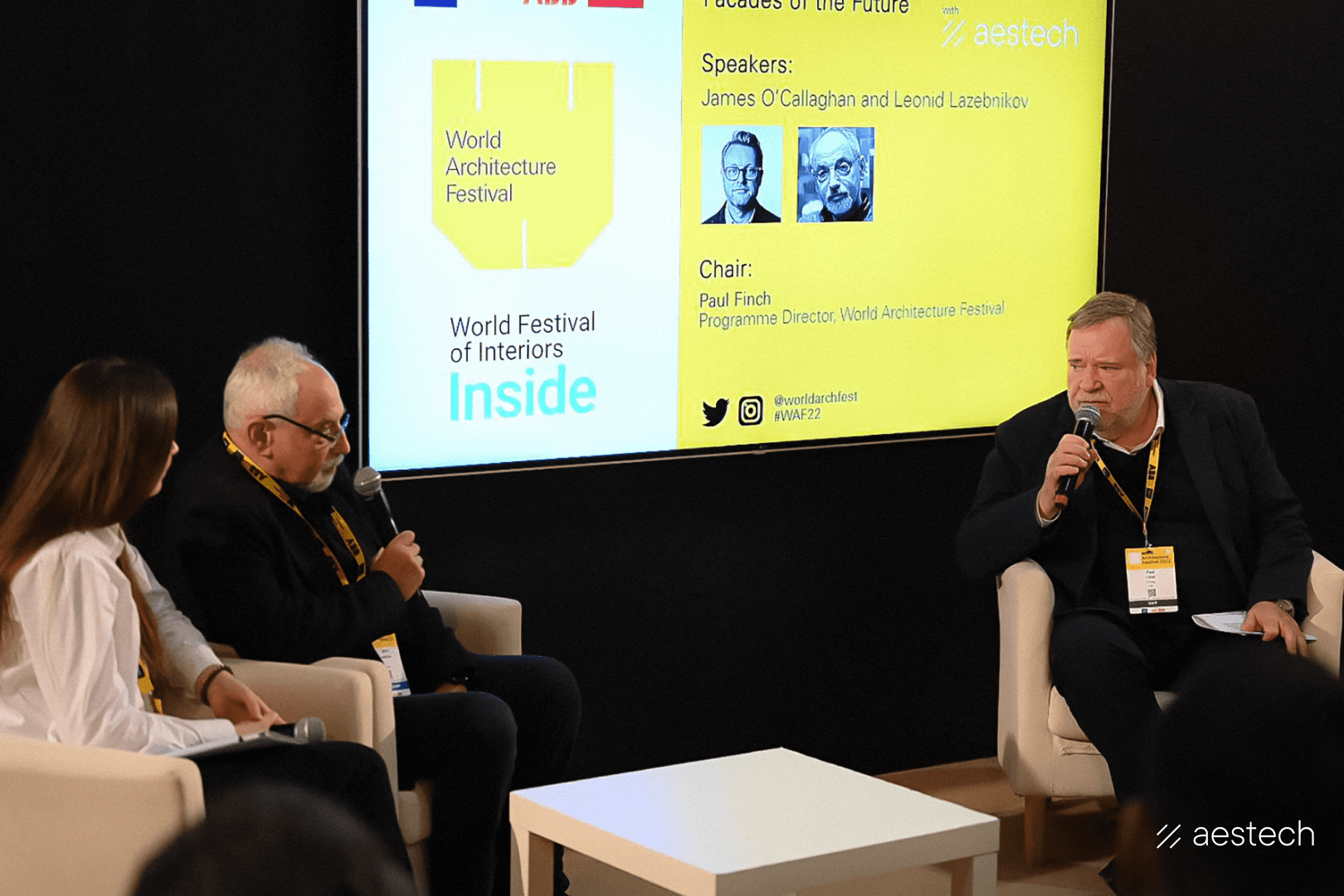 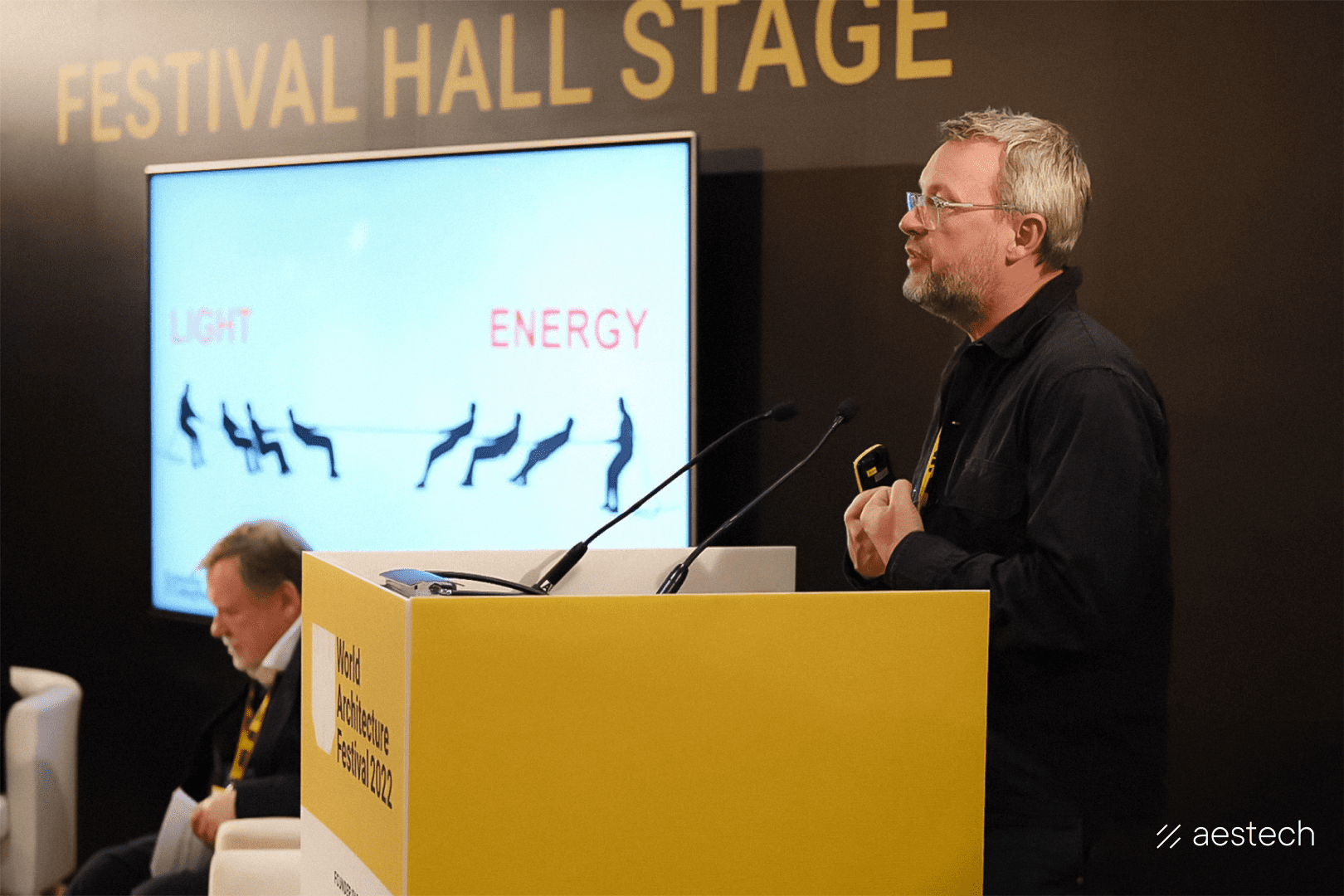 On the final day of the WAF, the architects presented their projects to CEO Aestech, who chose the winner of The Future Glass Prize, a special award of the festival initiated by Aestech. In the evening, during the gala dinner, the awards ceremony was held. 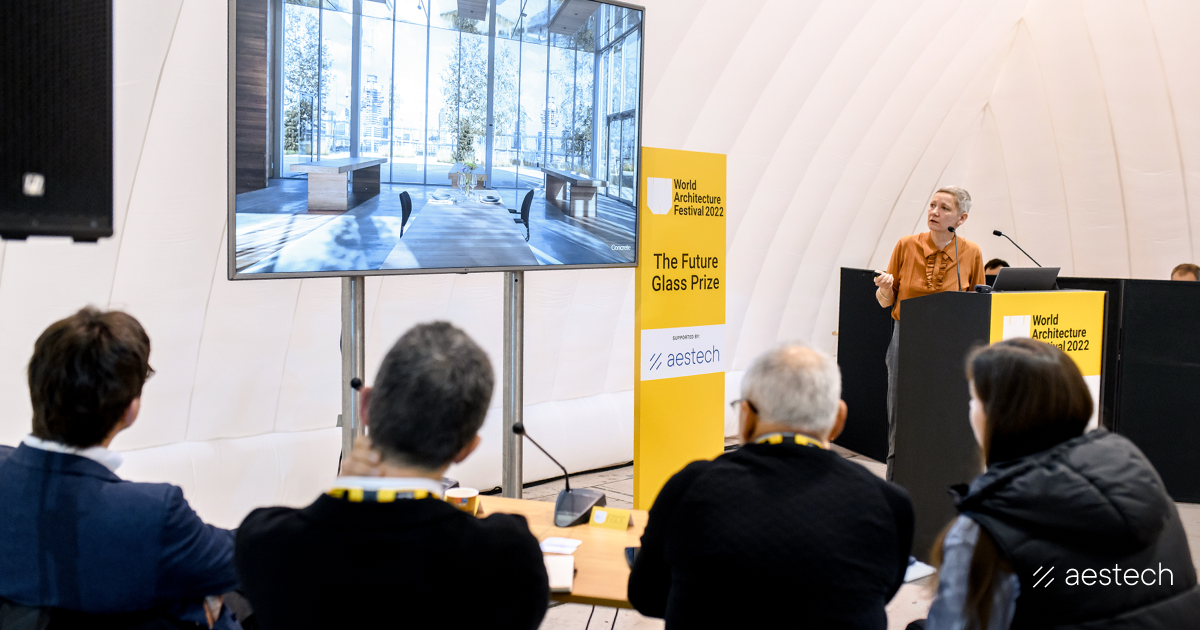 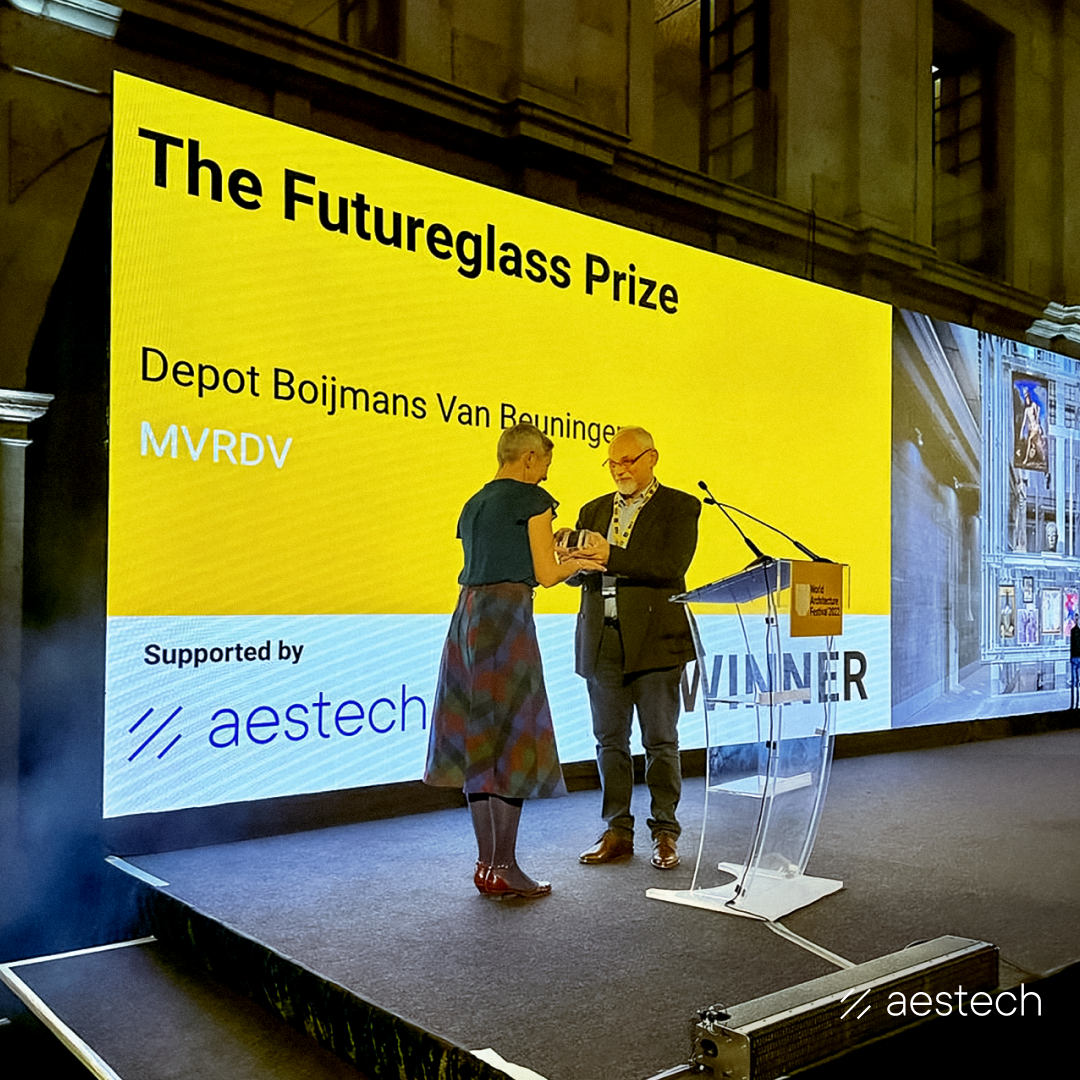 Recall that Aestech joined the TECHIIA holding in 2022. The company was established as a result of the acquisition of PIK Group, which has been producing and installing double-glazed windows for large areas for over 10 years. With the help of Aestech, architects and developers will be able to implement any architectural solutions in the aesthetics of buildings and entire cities.