Immediately after the Russian invasion of Ukraine, TECHIIA Holding launched an extensive program to support Ukraine's freedom. Employees, international partners, and world-famous influencers do everything to bring victory.

Defense is our common cause

Way before the full-scale Russian invasion of Ukraine, International Holding TECHIIA has been developing 10 technology directions in more than 60 countries. The charity has also been part of the holding’s activities. For several years now, the NGO Techiia Foundation, an internal public organization of the holding, has been taking care of the health of Ukrainians — in particular, it has been purchasing the latest equipment for regional medical institutions and has been financing the Eva Children's Inclusion and Correction Center.

In the first days of Russia's open aggression, the charity program was expanded. The main goal was to provide humanitarian aid to the defenders of Ukraine. The founders immediately allocated over UAH 100 million of their own funds for the purchase of military ammunition, personal protective gear, equipment, clothing, footwear, and military first aid kits.

"We are Ukrainians. Our Ukrainian blood is boiling, and its flow motivates us to act. We are free people, we defend our freedom. We strive to live in peace on our land," stated co-founders of the holding Oleg Krot and Yura Lazebnikov.

The locomotive of the company's "defense" program became its employees, including former members of the anti-terrorist operation, as well as people with volunteering experience.

"We urgently formed two teams of volunteers: one in Ukraine, the other in the United States," says Oleg Krot, the Managing Partner of TECHIIA Holding. The Ukrainian group accumulates the necessary funds, forms orders, purchases equipment and delivers it to the ones who requested it. The funding comes from TECHIIA owners as well as partners and volunteers. 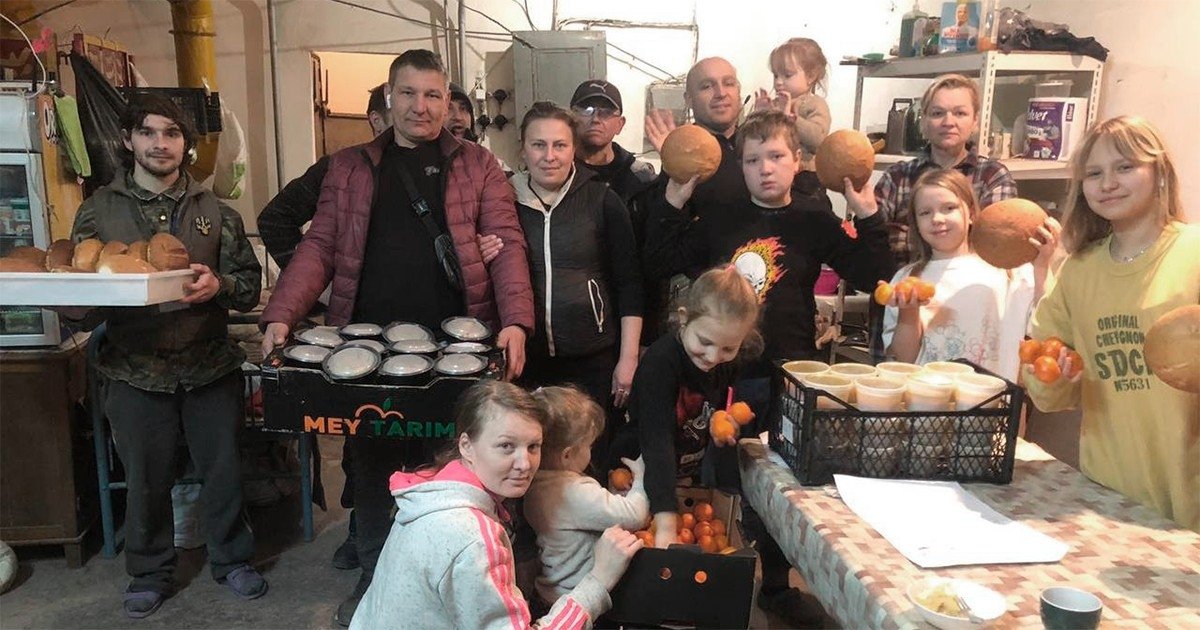 The locomotive of the company's "defense" program became its employees, including former members of the anti-terrorist operation, as well as people with volunteering experience.

The main rule of the NGO Techiia Foundation is to purchase large batches directly from manufacturers and transfer them directly to defenders. In this way, you can use each hryvnia as efficiently as possible. The Ukrainian team knows a lot about the needs of the front, as it cooperates with the General Staff of the Armed Forces of Ukraine. "We try to deliver everything we can to the front line, because it is much more difficult to deliver goods there than, for example, to the Territorial Defense," says Oleg Krot.

From day one of the war, the Techiia Foundation supplied the army with armor plates class 3 and 4, as well as bulletproof vests, ballistic helmets, tactical clothing, binoculars, generators, protected laptops, means of communication, and individual integrated fighting systems. The other day the holding announced that it had handed over six SKIF UAVs manufactured by Culver Aviation, a member of TECHIIA, to the defenders of Ukraine.

The NGO Techiia Foundation has already provided humanitarian aid to the defenders of Ukraine for UAH 363 million. Internally displaced persons are also taken care of. The Techiia Foundation donated UAH 400,000 to provide hot lunches to the police, rescuers, territorial defense, patients of Kyiv hospitals, as well as IDP from Bucha, Irpin’, and Hostomel’. The funds were transferred to the catering company Food Imperial, which cooks delicious and nutritious lunches and delivers them to those who need them. 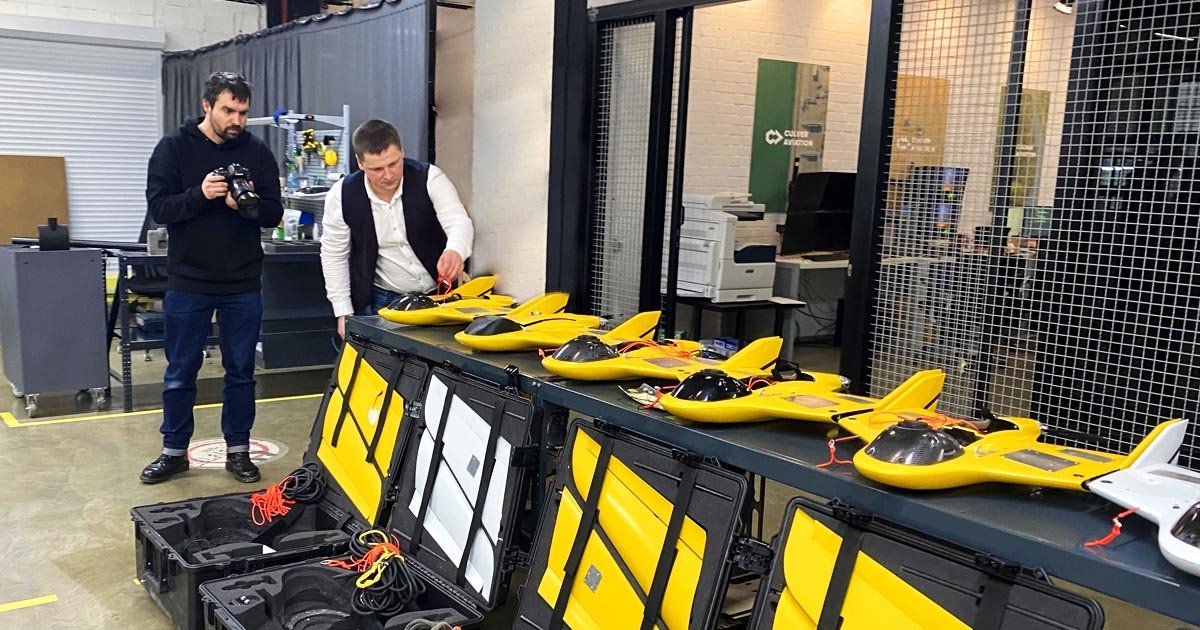 The holding had handed over six SKIF UAVs manufactured by Culver Aviation, a member of TECHIIA, to the defenders of Ukraine.

As of March 23, the non-governmental organization Techiia Foundation has purchased and started delivering UAH 363 million worth of humanitarian aid. "To expand opportunities, we signed a Memorandum of Assistance to the defenders of the country with the IT Ukraine Association and launched a partnership with the IT Dnipro Community. All this became a signal of cooperation from the technology cluster of Ukraine," Oleg Krot emphasizes.

Musk and Emmerich stand for Ukraine

The second TECHIIA volunteer team, based in Los Angeles, is looking for contributors abroad. The top managers of the holding tell American businessmen about the struggle and needs of Ukraine and join forces for a support program.

The NGO Techiia Foundation also joined the #StandwithUkraine global initiative, which aims to attract famous people to support Ukraine. The platform for public people from the world of business, politics, and entertainment became the esports arena WePlay Arena L. A. in California, USA.

"Our Arena has turned yellow and blue — so we unite the support of people who are ready to stand with Ukraine to defend freedom and protect the world from Russian aggression," — says Olga Bulygina-Lazebnikova, Charity Networking Officer of NGO Techiia Foundation, and its mastermind.

The ones who were the first to make videos in support of Ukraine became Maye Musk and American film director Roland Emmerich. "No matter what, the Ukrainians will win. I am sure of that. Because they are fighting for their country, for freedom, for democracy," the director said in his video address.

Roland Emmerich, the creator of the epic movies "Independence Day", "The Day After Tomorrow" and "2012", has already said that he wants to create a movie about the Ukrainian victory. Olga Bulygina-Lazebnikova is convinced that the project of the famous cinematographer will contribute to the restoration of our country after the war.

After the Russian invasion of Ukraine, one of the holding companies — Culver Aviation — moved its production and development offices from Kyiv to the western part of the country. At the new location, the company continues to develop drones and aerial monitoring software.

The geography of international businesses has also changed. WePlay Esports' business has left the Russian and Belarussian markets. It now focuses on Western markets, including the United States.

The ENESTECH Software’s product SENET, the cloud platform that helps manage LAN gaming centers in more than 60 countries, has also left the market of the aggressor and co-aggressor. From now on, the platform will focus more on the markets of Vietnam and the United States.

This May, TECHIIA Holding plans to update its development strategy, but the focus will remain on technology businesses. The Russian invasion changed the plans of the product IT company JMIND. It was on February 24 that it was to hold a presentation and launch sales of the new video streaming product Infinite. After postponing major cases for several weeks, the company developed the nonprofit Blend Social app to support war victims. "Thanks to Blend Social, we unite those in need and those who want to help," says Elena Shostak, CEO of JMIND.

Along with social and humanitarian projects, the company's leaders manage to develop their business. "We have to work and earn because it is necessary to support Ukraine's economy with money, give resources to employees. We can not achieve this with just social projects,” TECHIIA explains.

The founders of TECHIIA have learned many lessons since 2014, so the holding met the war prepared: with reserves, partnerships and diversification. The company has many business directions, and none of them was focused on the Russian market.

The war became a catalyst for further reformatting. The company is currently updating its development strategy, which it plans to approve in early summer. TECHIIA adheres to the tactics of preserving Ukrainian talents. To do this, a ban on the dismissal of staff was introduced, all salaries are being paid on time, and even, if necessary, in advance for 2-3 months.

The war accelerated the search for new markets and the reformatting of TECHIIA's international technology businesses. However, the holding keeps the main focus unchanged. TECHIIA's priority is still technology projects. "The geography of business will expand, in fact, the whole world is becoming a market for our holding," — says Oleg Krot.

The construction of modern real estate can also be a promising area for TECHIIA. According to the holding, not only will this become a new business, but also a tool for post-war reconstruction of the new Ukraine.