Higher education in esports: the Computer Graphics Film Director course is about to start at the Karpenko-Kary University.

The new course is about to start at the Kyiv National I. K. Karpenko-Kary Theatre, Cinema and Television University, where students will be taught the world-famous profession of Computer Graphics Film Director. The business was the one to initiate that course, specifically WePlay Esports media holding, which is part of the TECHIIA technology holding. The recruitment will start during the 2021 introductory campaign.

For 4 years, students will study 3D graphics, directing and drama of an animated film, acting, media technology, and the basics of editing. 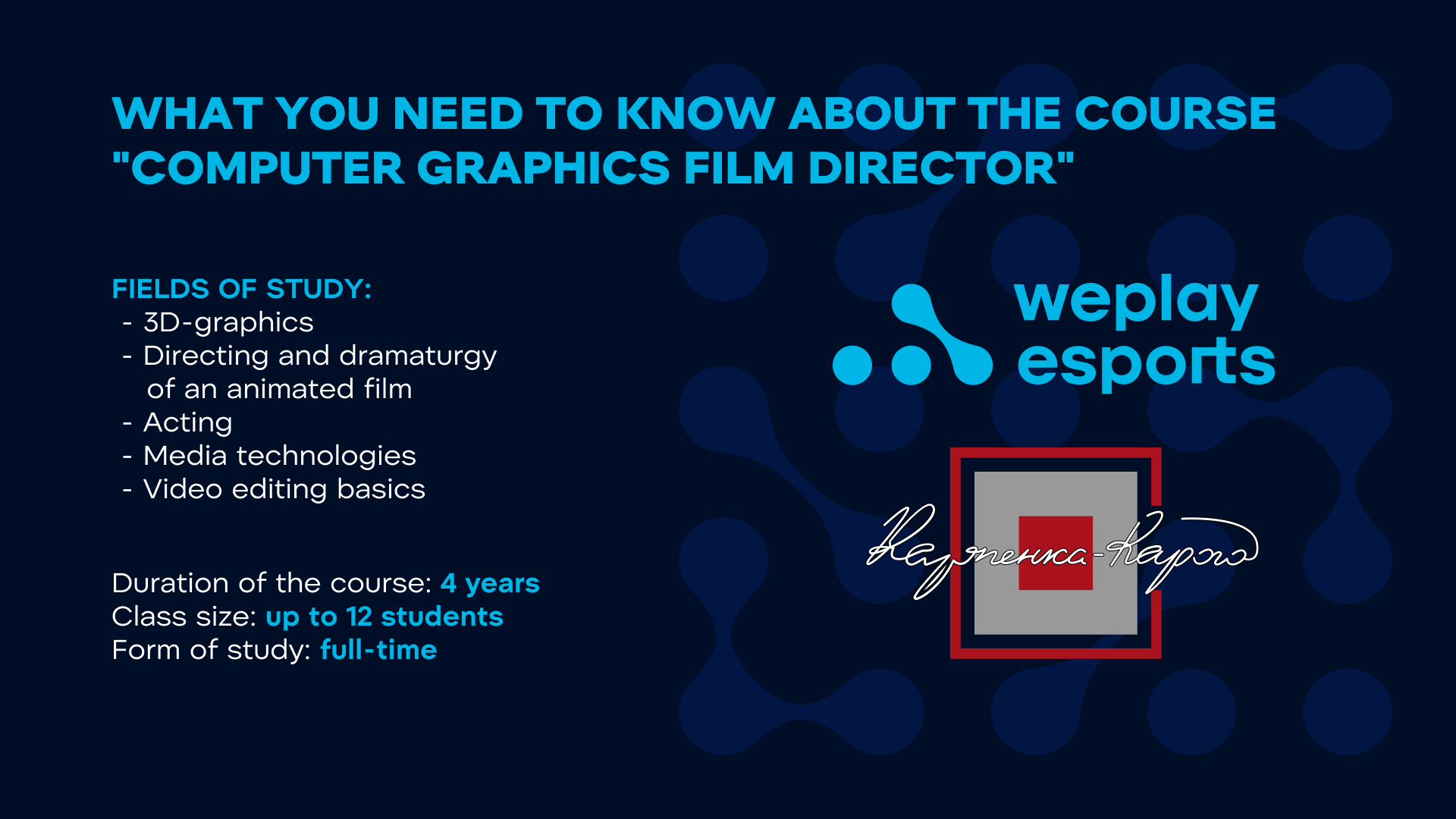 
The Computer Graphics Film Director job is in demand not only in Ukraine but worldwide also. Companies working in the field of esports are in dire need of such specialists. That is why the course was initiated by WePlay Esports, on the basis of which practical classes will be held. The WePlay Esports studio will practice the acquired knowledge on creating broadcasts of international esports tournaments. Training of Computer Graphics Film Directors in this format will be implemented in Ukraine for the first time. Students will receive a Kyiv National I. K. Karpenko-Kary Theatre, Cinema and Television University bachelor's degree.


The youngest course master in the history of the university will be Maxim Bilonogov, the General Producer and the Chief Visionary Officer of Weplay Esports media holding. The teaching staff of the course will include members of the Weplay Esports studio team. The experience and knowledge of the course mentors will help students to master not only the theory of the profession but also to gain practical skills in working with computer graphics.

The world is evolving rapidly. The basics of animation directing, which were taught earlier, need to be updated. That is why we offered the university to start a course that will teach specialists to work with animation in digital format. The acquired knowledge and experience are in great demand in the market today, so it will be quite easy for graduates to find a job and build a career. As WePlay Esports, we plan to offer the most talented people employment right after their graduation, so graduates will be able to create esports shows at WePlay Esports arenas in Kyiv and Los Angeles

The training will take place in the WePlay Esports office in Kyiv. The company will provide students with the necessary technical base - computers and the necessary peripherals for work.

Implementing the project together with WePlay Esports is both a new experience and a new challenge for us. We are interested in graduates being relevant in the job market. Theater work, film, and art projects are changing, and interaction with real business as with WePlay Esports is an opportunity to give our students maximum knowledge, both theoretical and practical. We hope that this course will start a permanent practice of involving potential employers in the creation of training programs and internships

– says Olga Ravlyuk-Golitsyna, the Director of the Institute of Screen Arts at the National University.

A Memorandum has been signed between WePlay Esports and the University on the launch of the Computer Graphics Film Director course. Terms of admission and selection of applicants will be announced additionally.