There can be only one. The Mortal Kombat tournament at WePlay Esports Arena Kyiv has begun. 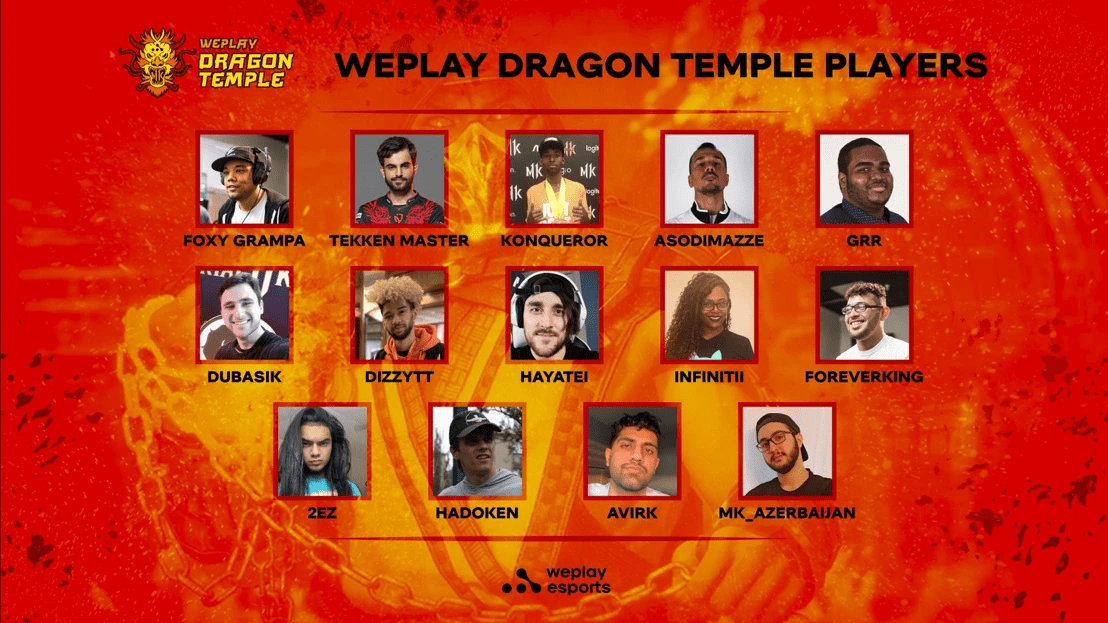 Unfortunately, the tournament is held with no live audience, no spectators and fans, but you can still watch it on .

The organizers chose the most recent version of Mortal Kombat 11 for this competition. There are 14 of the best professional players hailing from different parts of the world, and countries like Canada to Azerbaijan.

WePlay Dragon Temple started from the group stage in a round-robin system in the best-of-three format, as the players divided into two groups will face each other, fighting to two victories. Eight participants will make it to the next round, where a double elimination bracket is used (elimination after two defeats). The finals will be played in the best-of-five format, up to three wins.

To keep fans hooked on their screens, the tournament will be hosted by Kyle Friedman, analyzed by Mr. Aquaman, Kitana Prime, and Big D, and ironically commented by Ketchup, Mustard, Mitsuownes, and HBTWarrior.

“Our new arena, a new esport title, and the audience, WePlay Esports continues to give fans even more emotions from the battles of their favorite players and extraordinary show by our team. This is a great experience for the community and additional opportunities for our partners,” says Oleh Humeniuk, WePlay Esports CEO.


The battles at WePlay Dragon Temple will last four days until December 13. Absolutely all matches can be watched on the . The official media partner of the tournament is the portal.

Latest news
SENET is among the finalists of The Cloud Awards 2020-21
​Enestech's esports management solution SENET was shortlisted for The Cloud Awards in two categories.
WP Merchandise! joined the Licensing International Association
The premium-quality plush merch manufacturer WP Merchandise! became part of the leading trade organization for the global licensing industry the Licensing International.
New medical equipment and supplies. The children's hospital in Kropyvnytskyi received another tranche of assistance from the NGO Techiia Foundation.
​A bronchofiberscope, a steam sterilizer, a sealing machine, and consumables are the reasons why the regional children's hospital in Kropyvnytskyi has become even more technological.