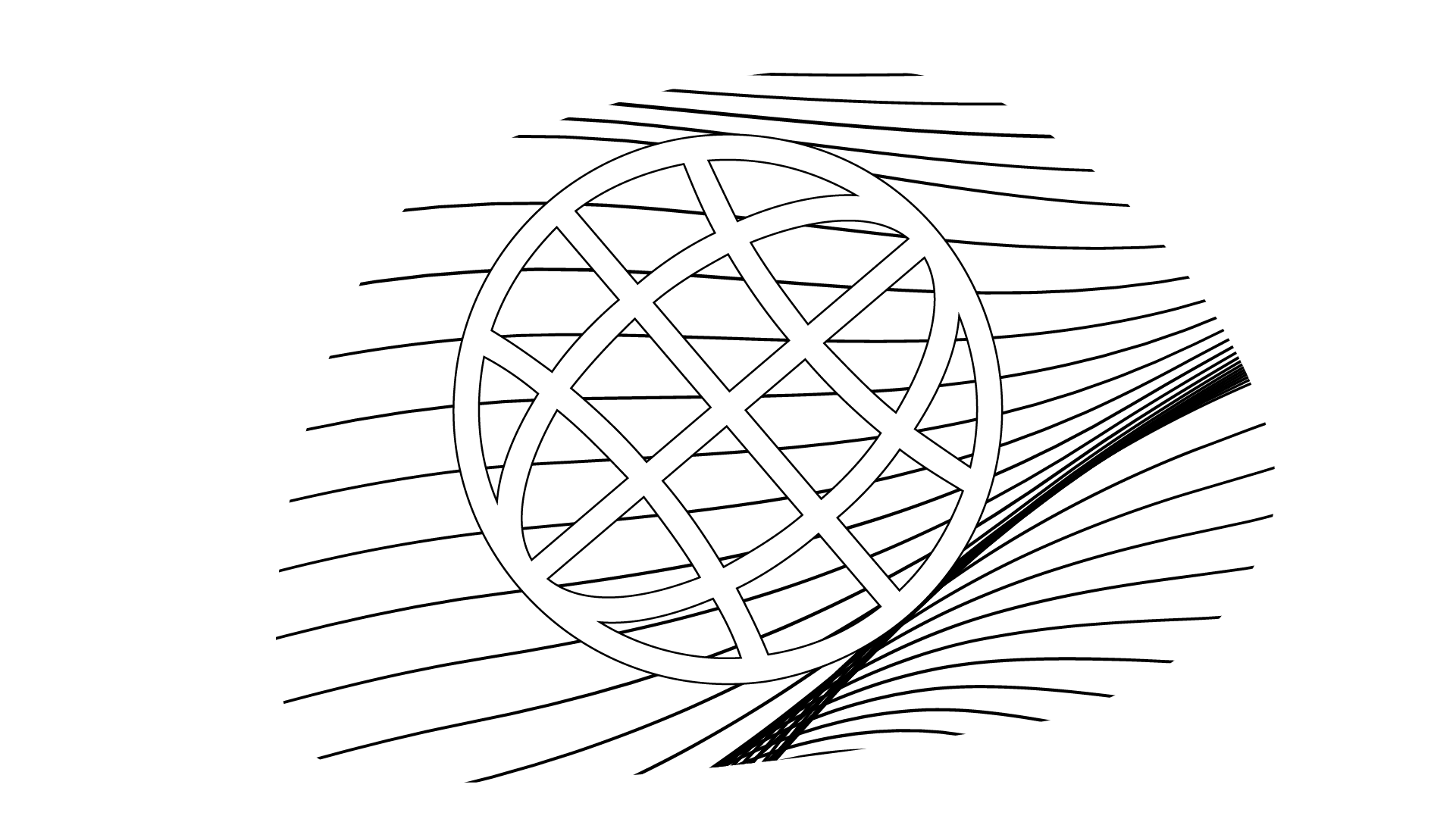 Remember the nasty sound of old dial-up modems? We barely remember it too. But Ukraine has been living in a world of high-speed Internet for less than 20 years. Liga.net starts a joint project with TECHIIA holding about eight largest technological revolutions in Ukraine. And the first one can rightfully be called the emergence of high-speed Internet. How did it happen, and who could earn on it?

Without the Internet, life would be different. Though why "would be," if it was. Different. We all remember expensive calls to relatives abroad from home phones, or even mail, payment in the markets only in cash, lack of social networks. Fast implementation of technologies in the life of Ukrainians was made possible thanks to the Internet.

There is no doubt that the World Wide Web is the main technical revolution of the century. But over the years of independence in Ukraine, there have been several more local technological revolutions, which can be characterized by one-word combination — rapid acceleration. 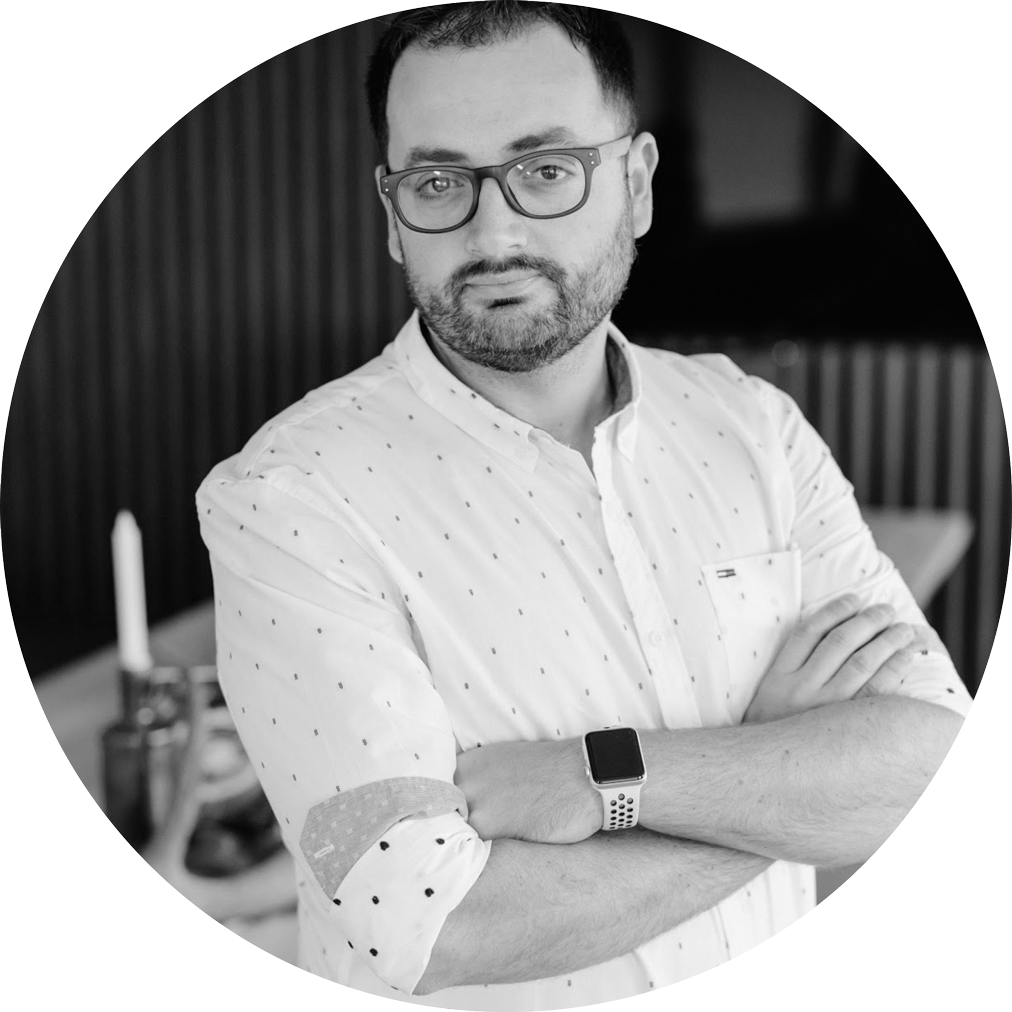 "Today the technological revolution is not so fast, but still generations of mobile communications are constantly updated: 4G has changed 3G rather quickly, and the era of Internet of Things (IoT) has come almost imperceptibly. In the 1990s, the dynamics were more noticeable: we saw how dial-up Internet connections replaced 100mbps of cable connections in almost ten years. And it was a breakthrough!" recalls , Managing Partner of TECHIIA Holding.

Jumping from hundreds of kilobits per second to hundreds of megabits per second in less than 10 years has enabled fiber-optic networks. Many Internet enthusiasts from dormitory suburbs built them. They had no idea that home networks would eventually become part of major ISPs.

How did it start?

The first home networks appeared in 1994-1996. They were created by enthusiasts to communicate or for computer games to play on the net.

"Esports began to develop rapidly when it became possible to connect computers in a single network. Local networks seemed to be created for games — they eliminate the distance between players, create a sense of presence at the moment, make it possible to track the results in real time," says Yuriy Lazebnikov. He knows what he's talking about because the TECHIA holding includes the esports company WePlay! Esports.

Such networks had no access to the outside world. They combined several computers in one house or dormitory. At the end of the last century, the number of Internet subscribers even in Kyiv did not exceed 10 thousand, and they were served by almost 50 providers. 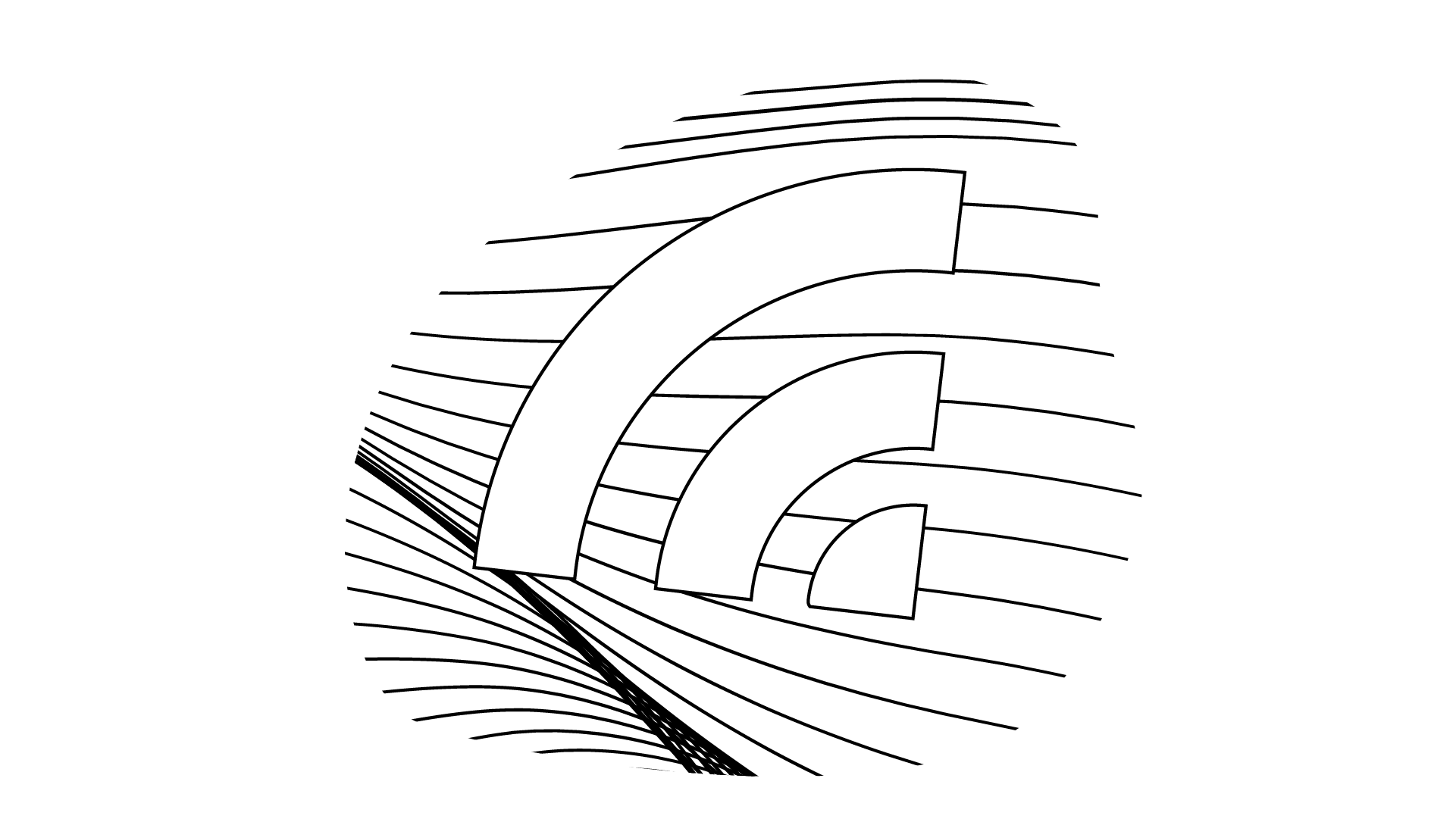 Over time, small networks were united and turned into providers with an extensive home infrastructure.

"The airies" — cables flipped from one roof to another, switches in attics or in cellars — that' s what the first home networks looked like in the late '90s. Personal contacts with ZhEK representatives were very expensive, as all this "equipment" was placed illegally, and their safety was ensured by usual "hangar" locks. At the same time, such "home networks" allowed the first fans of computer games to taste the victory over the real rivals, while the game producers were improving all the graphics and content.

Here we must say that the provisioning business in Ukraine is not licensed now and was not licensed then. This reduced the market entry threshold for providers of "home networks" and created a competitive environment. And it means that anyone and everyone could compete for a place in the sun.

"One house — one network, shared Internet, network chat, dc++ file-sharing client. Uh, what a time it was. Then the houses began to merge into large networks. Not everyone could afford the optics, so it makes sense that we had to unite," recalls Alexander Harutyunyan, CEO of Internet provider Pavutina. 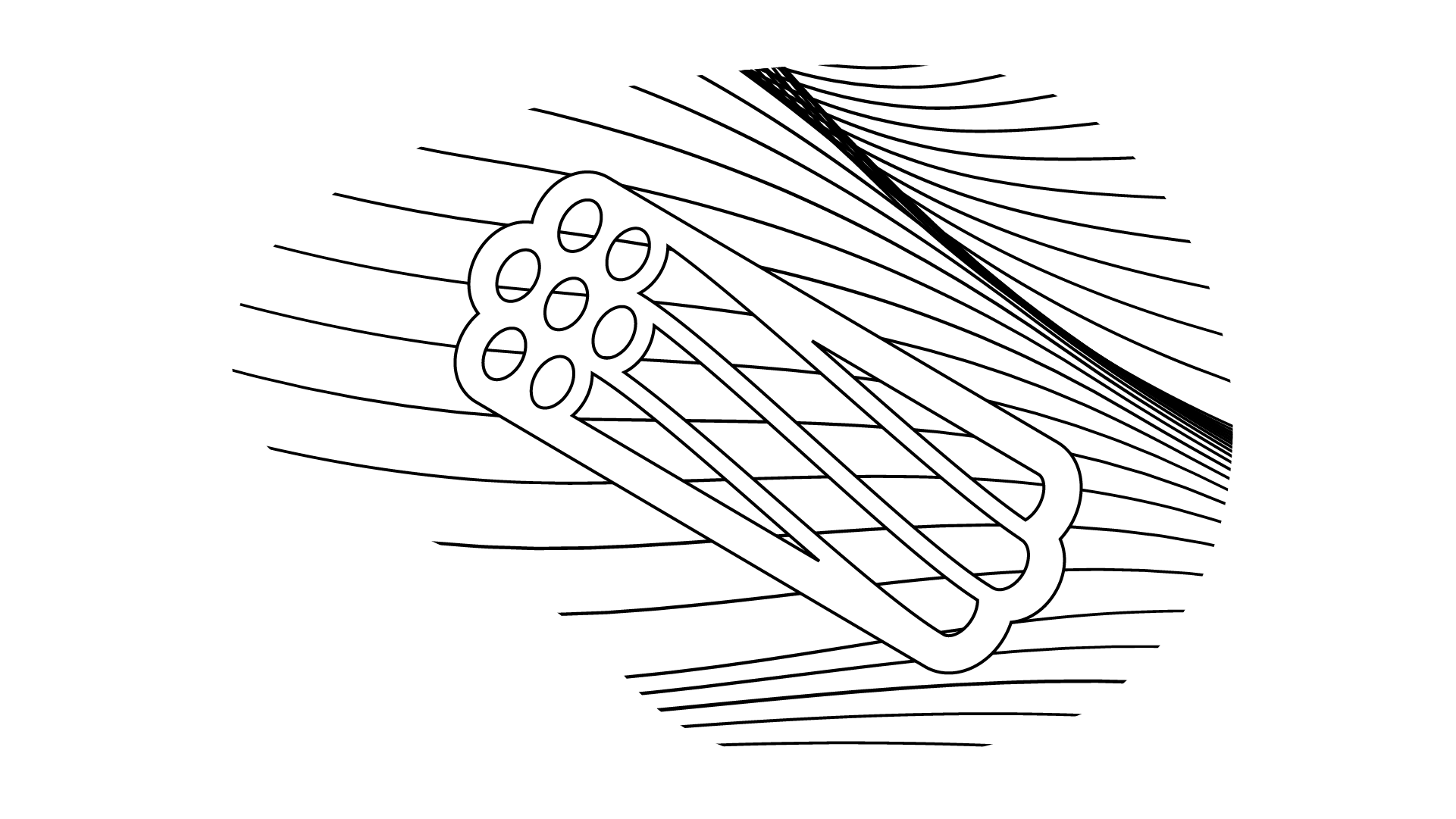 The arrival of the big ones

"In 2000-2001, the first fiber-optic ring was built, covering all districts of Kyiv," he says. This element of infrastructure was very important, as local home Internet networks could not provide high-speed access to either the Ukrainian segment of the Internet or the international one.

In other words, an urban transport network for traffic was built.

"In 2002, based on the acquired enterprises, the company Volia was established, and in 2003 for the first time, a high-speed (128/256 Kbps) access was provided throughout the right bank of Kyiv," he specifies.

Between 2004 and 2008, revenues of the first high-speed Internet providers grew rapidly. Prices for this service are becoming available to the mass user and do not exceed UAH 100 per month at the dollar/hryvnia exchange rate of 1:5.

Volia, providing Internet access on the basis of DOCSIS technology, won the leadership in the capital market, and in other cities, Ukrtelecom was strong, which worked under TM OGO! On ADSL. In 2006 Volia began to expand into regions, buying cable providers there. Two big competitors appeared on the market of high-speed Internet.

But more and more small players have started to enter the market. After all, another wall was destroyed. Wholesale traffic became much cheaper. Dmitry Verenich, COO of DATA-IX UA, recalls that in 2003 the rates for the wholesale Internet for the providers themselves were high — $2-3 thousand per Mbit / sec.

"But in 2005, Ukrtelecom introduced the Merezheviy transit rate, at which the price of 1Mb of the wholesale Internet was $330, while the market price was $600-1000," he recalls.

Large associations of home networks, which began to provide services based on the Fiber-to-the-Building technology (FTTB), began to increasingly assert themselves and clearly spoil the nerves of Ukrtelecom and Volia.

Optics allowed beginners to provide much higher speed. And the concept of "limitless" appeared. Download as much as you want at speeds up to 100 Mbps. Although local providers had much lower speed opportunities for traffic entering, nobody talked about it within marketing communications with clients. 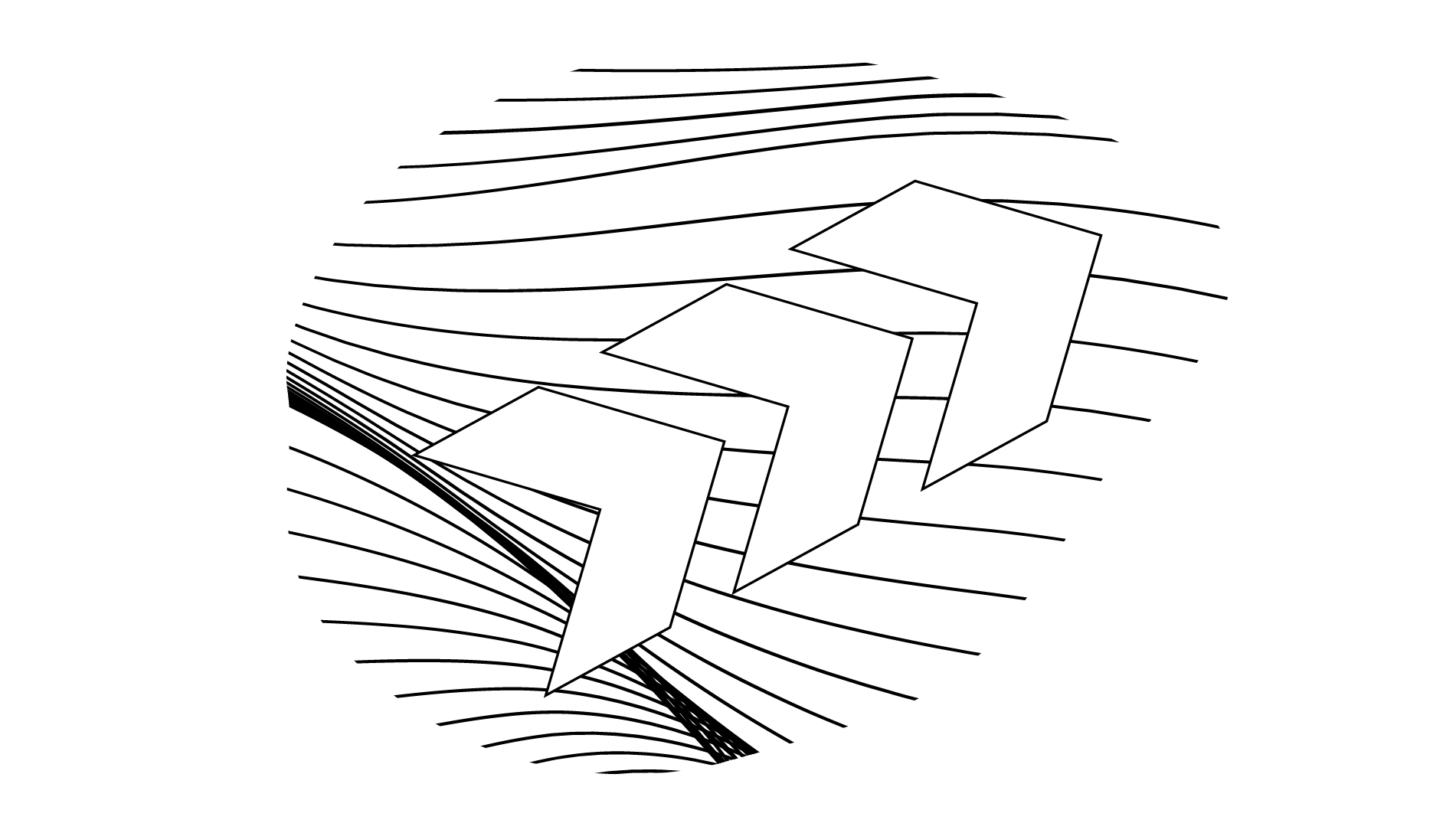 The money has come

If at the beginning of the '00s, it was just home networks, in the second half of the first decade, FTTB providers learned how to attract investments. They got money for expansion, which scared the market leaders even more.

In 2007, FTH Corvette Telecom bought more than 50% of Kyiv's Internet service provider IPnet. At that time, a very large, as for that time, investment in the Internet was announced — $10 million.

In 2007, Sigma Bleyzer attracted additional investments in its cable business — Volia — amounting to about $200 million from the Providence Equity Partners fund.

In 2008, Horizon Capital bought out a share equal to approximately 30% in operator Datagroup.

"The inexpensive access to high-speed Internet and the economic upturn in 2005-2008 caused a real boom in interest in eSports. Many could already afford computers for video games or went to computer clubs, the popularity of which then grew dramatically. People came to Internet cafes not only to play but also to communicate with each other, whole clans of players were created. It was in 2006, my partner Oleg Krot and I created our first club, which then grew into a business based on eSports," says Yuriy Lazebnikov.

And see you next time

The Golden Age of the Internet ended in 2009, with the arrival of the economic crisis.

It considerably depreciated the assets that were invested in dollars. After all, the check for services remained in hryvnia, and hryvnia visibly fell compared to the dollar.

It took about five years for the high-speed Internet market to gain strength from the second wave — the expansion of optics to the regions. There was no rapid acceleration anymore. To this day, operators are gradually increasing their coverage in small settlements. And the next government promises to overcome the digital divide.

What has the era of fiber-optic internet brought?

Here, the answer will be obvious. Optics have provided an acceleration that has made communication easier. It brought the Ukrainians together, allowed them to communicate with the outside world. Skype replaced ICQ messenger replaced, social networks and YouTube with tons of Internet traffic replaced outdated chats. It became possible not only to play video games with a neighbor but to watch esports tournaments from home or an internet cafe.

The next era, which came after 2010, was definitely the era of video.

And home networks played a far more important role here. The efforts of enthusiasts, the faith of investors, and the indifference of the authorities to the market. Here are three success factors of the first technical revolution in Ukraine.