Young and unordered: 5 legal challenges in esports to overcome 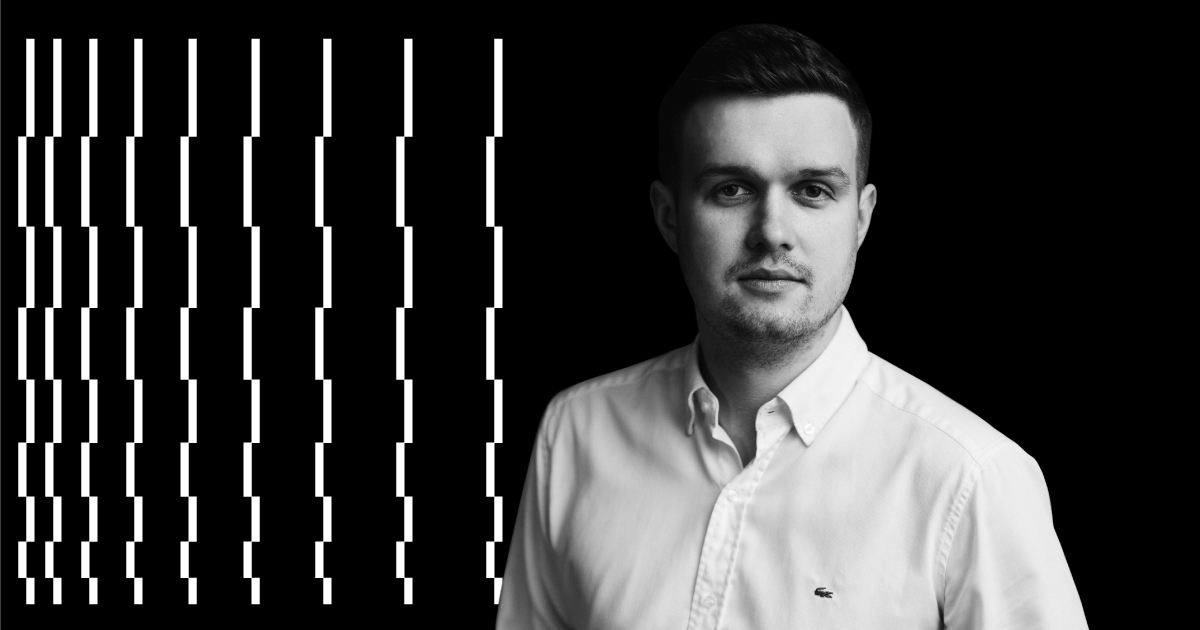 Billions of dollars are spinning in esports, which, by the way, has recently been recognized as an official sport in Ukraine. As well as a whole range of legal issues spinning there also. What does the industry need to solve from a legal point of view?

Over the past twenty years, esports has made its path from a niche teenage hobby to the fastest-growing segment of the entertainment industry. Stars, scandals, sponsors, multimillion-dollar contracts, giant prizes, we have it all. But with all this, esports is evolving on its own. Lawyers, investors, and sponsors are puzzled, who and how should regulate the esports segment? And should they even do that? I will talk about key legal issues in this area and why and how they need to be solved.

In terms of numbers and passion, this is already a huge area. Last year only $215 million in prizes were drawn at world esports tournaments, the income of top professional esports players exceeded $3 million a year. Large transfers cost hundreds of thousands of dollars, and there is a serious battle for players. Yes, football numbers are still too far to reach. But consider the age of the industry and the fact that five years ago esports revenues were.

But with all this outside splendor, esports develops kind-of-like by itself. Lawyers, investors, and sponsors are racking their brains, who and how should regulate the esports segment? And should anyone do this at all?

I will talk about the key legal issues in this area, why and how they need to be addressed.

Regulation is currently underdeveloped in the esports industry. Some consider this an advantage, they say, minimal interference in the activities of cybersport organizations allows them to actively develop. But this point has a downside. The lack of a regulatory framework also implies the absence of an effective mechanism for resolving disputes and understanding the rules of the game in general. Naturally, this negatively affects the development of the industry.

I am sure that esports, like any other sport, needs proper regulation. This is necessary both to create universal rules for organizing and hosting tournaments and in order to make the esports segment transparent and attractive for investors.

Esports market participants just need to adopt the rules that have proven themselves in traditional sports, like signing the contracts indicating the rights and obligations of the parties, compliance with the statutes and regulations, strict adherence to the validated standards. Especially with the fact that esports has been recognized as an official sport in Ukraine. You don't have to reinvent the wheel.

Another complication (and an advantage at the same time) is that esports is in its infancy and the rules are determined on the move.

For example, the use of doping by pro gamers is now actively discussed. Former Call of Duty World Champion Adam Sloss retired from esports last year due to the widespread use of stimulants that increase concentration and reaction speed by players. Some esports organizations are already testing athletes for doping, but, unfortunately, this has not yet become a mainstream practice.

I suppose that in the future every professional competition will include a procedure for compulsory doping tests and equipment tests for the presence of features that allow athletes to gain an advantage in the game.

I am sure that this will happen sooner than the settlement of the stimulants issue in traditional sports. Consider this, athletes began to use doping at the beginning of the 20th century, and the mass testing started only after the Roman Olympics in 1960, then cyclist Knud Jensen died due to the use of doping.

In esports it’s different. The doping issue raised about five years ago, and already in 2016 the Electronic Sports League, an international esports organization, began testing players at all tournaments with no exception.

The fight against doping in esports is becoming a kind of trend. Soon the lack of such an option in competitions will be perceived by the community as something out of the ordinary.

Esports Integrity Commission (ESIC) has been investigating cheating, fixed matches, betting on the result of the game of their team for several years. For example, the organization recently disqualified a number of CS:GO team coaches for the term from several months to three years. They used a game bug, they followed the opponents in observer mode and passed their positions to their team players. More and more new members are joining ESIC, including WePlay Esports, the international media holding with Ukrainian roots.

This might seem a funny issue but this is a huge and serious problem for the industry. Many esports stars were just children yesterday, playing computer games all day long. Today they make millions, but they are just learning to do business like adults.

It is quite common for such players to refuse to participate in a tournament or even give up without giving any reason. In doing so, they make the multi-million dollar business unpredictable. Would you like to invest in organizing an esports tournament knowing that the main star might just not show up?

It is incredibly difficult to influence this because most of the pro players are people in their early twenties. For example, the average age of a CS:GO player is 23 years.

Nevertheless, there is no problem that cannot be solved with money in today’s world. In this case, with the player’s money. You probably guessed that this is a system of penalties that almost every esports league is now implementing. The fines will not completely eliminate the case of irresponsibility, but the incidents I mentioned above will decrease. It is worth noting that this problem is becoming a thing of the past. It's hard to say what caused this, the development of the esports market or just the player’s maturity. 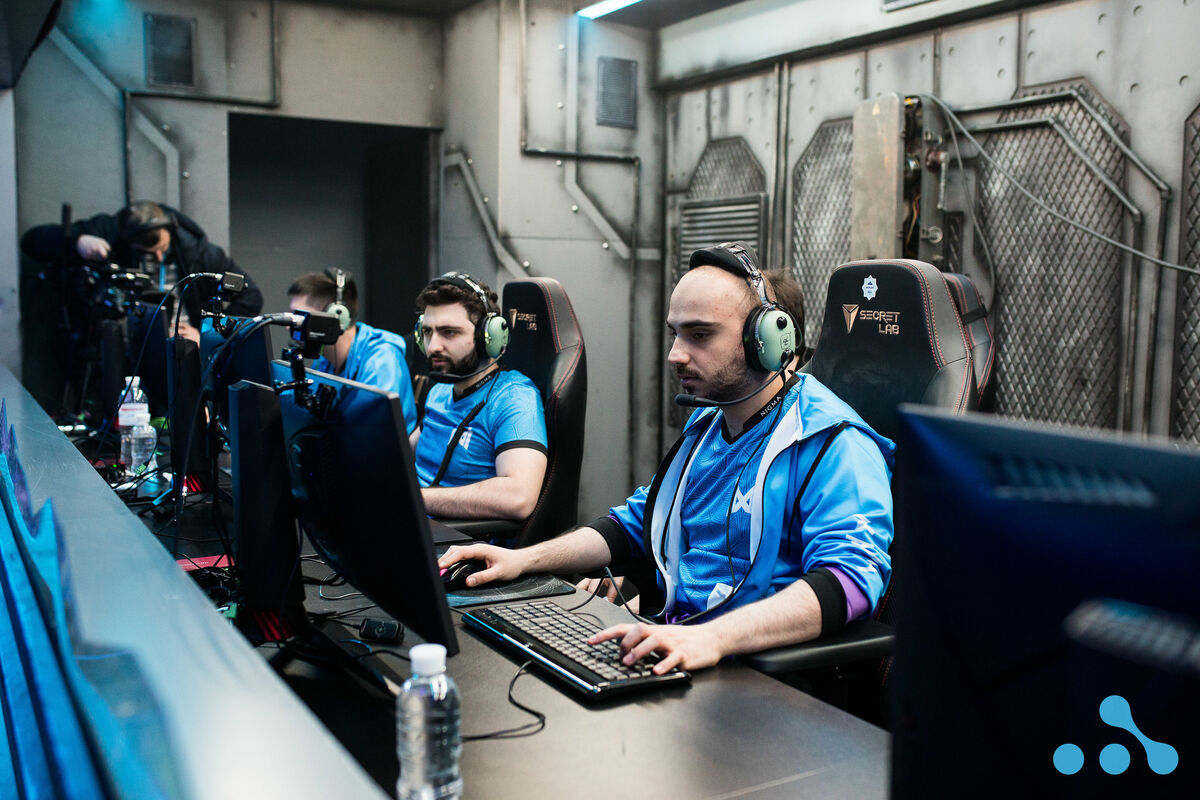 
Standards of the Labor Contracts Execution.

It is impossible to ignore the lack of standardization in matters of formalizing labor relations between players and teams. This is a stumbling block, as the growing number of lawsuits due to unresolved labor disputes is bad for the perception of the industry by the brands. It is also related to the age of the players, young people have not yet learned to think about what clauses an employment contract should contain. As a result, such esportsmen do not fulfill their obligations and are subject to sanctions forced to defend their rights in court.

The situation is gradually changing, legal support for esports projects is becoming the norm. Most often the initiative in this matter comes from the team owners, who realize that esports has long ceased to be just a game and has turned into big business with big money. And, as the saying goes, money loves silence.

With its development pattern, esports largely follows the trends of traditional sports. For example, there are already brand players like s1mple in CS:GO or Dendi in Dota 2, like Cristiano Ronaldo in football or Novak Djokovic in tennis.

But there is also a huge difference. Unlike football or tennis, any esports discipline is the intellectual property of the game developer. For example, the most popular Dota and Counter-Strike are the property of the Valve Corporation, an American company, which will always have the last word in any issue regarding the use of the game.

If Valve decides to revoke the license, no one will be able to hold the competition, the decisions of the tournament operators will simply have no legal effect. Fortunately, game developers are well aware that tournaments are additional advertising of their product, so they have to work in synergy with the organizers. But the dispute over who is the most dependant remains relevant.

The copyright problem has a subset called content misuse. Look at streamers posting videos of esports tournaments with their comments on specialized services. In traditional sports, broadcasting a match without the permission of the copyright holder is a criminal liability. Even if you provide the video with your own voice over it, you will still fall under criminal responsibility. As an example, Article 176 of the Criminal Code of Ukraine is about the violation of copyright and related rights.

Еhings work a little bit differently in esports. Until recently independent streamers were considered part of the industry. When the companies that provide content made absolutely legitimate claims to them, the esports community took the side of the streamers.

So far, in the esports segment, it is difficult for copyright holders to defend their rights. But the success of the entire industry depends on what the relationship between content creators and the community will be because protecting intellectual property is one of the key issues in attracting investments. Everyone understands that huge funds are invested in organizing tournaments, attracting famous players and teams, and the return on these funds depends on the number of views.

Today most gaming services simply ban streamers for not complying with the Digital Millennium Copyright Act, the amendment to the US copyright law adopted to address legal issues related to the dissemination of digital information.

Independent streaming was acceptable in the early stages of the industry. Now, having turned into a big business, esports must learn certain rules. To agree and comply.

As you can see, there are a lot of unsolved issues in esports. But this is a young industry. And such industries develop according to the principle of self-organizing structures. For example, when it became obvious that esports leagues could not independently resolve legal issues, lawyers who completely devoted themselves to serving this promising direction appeared. In 2017, the Electronic Sports & Gaming Law, the world's first dedicated law firm, opened in Seattle. And every year more and more such services appear.

Changes in the esports structure are also provoked by the rapidly increasing capitalization of the sector. Esports is evolving according to the “change or die” principle. I think that in a few years it will turn into an established industry with a well-functioning system for solving any legal problems, and will set an example for others.