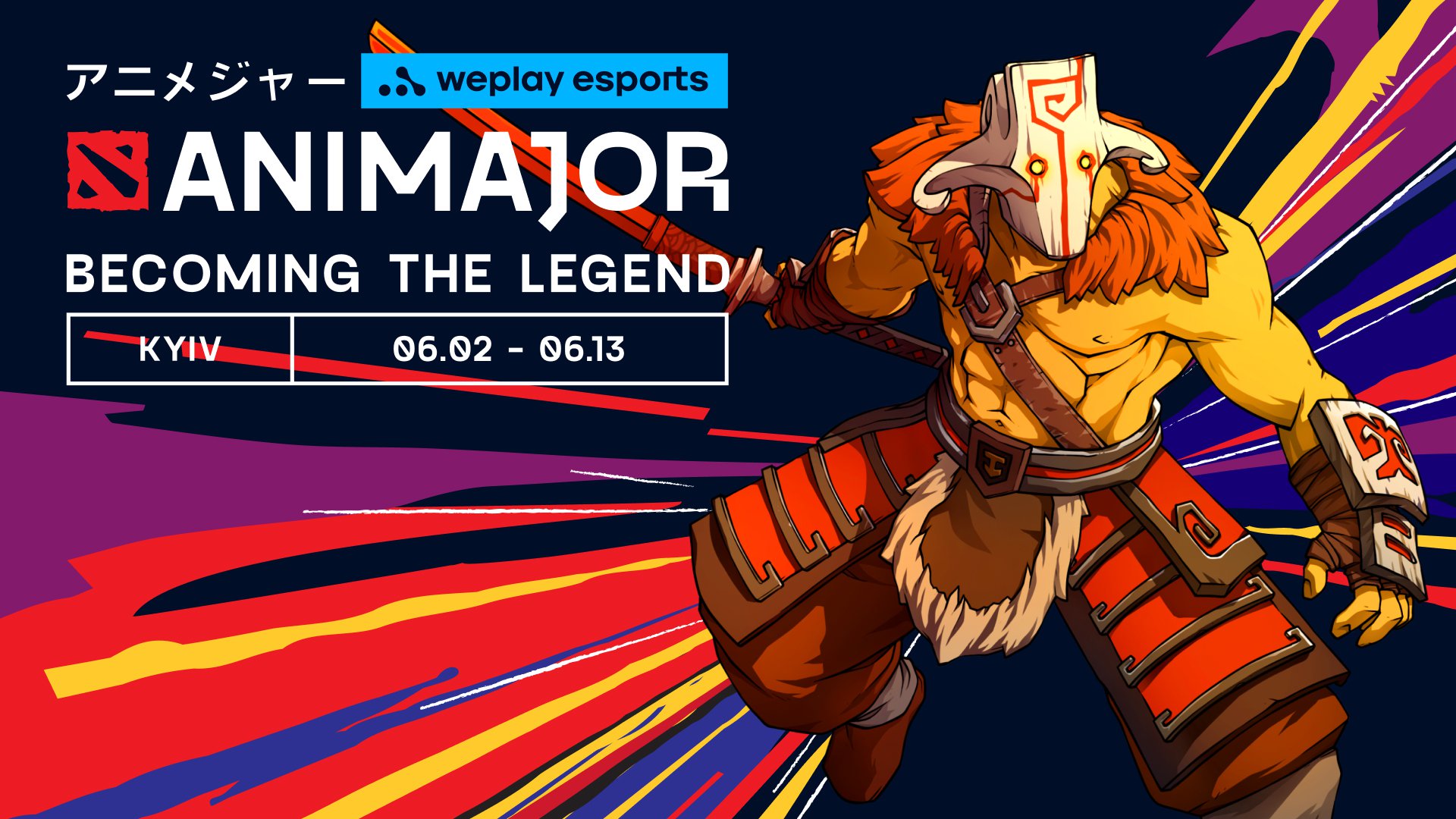 The international esports media holding company WePlay Esports, which is part of the TECHIIA holding, is the second major Dota Pro Circuit (DPC). The event will take place on June 2–13, 2021 at the WePlay Esports Arena Kyiv.


The Dota Pro Circuit is Valve's series of qualifying events where teams from all over the world compete for DPC Points. Season's top teams will take part in The International (TI), the main annual Dota 2 tournament, where they will compete for millions of dollars.

“We are honored to host such a major event and it’s yet another challenge for us. From last year we learned that even in conditions of uncertainty, we are able to set a new quality benchmark in Dota 2 world and esports in general. Therefore, the new program will surprise the most sophisticated fans and our broadcast followers”, says Oleh Humeniuk, CEO of WePlay Esports.

18 teams in total will take part in WePlay AniMajor, divided as follows:

During the Wild Card stage, six teams will play a series of Round Robin (best of two) matches. The top two teams advance will make it to the group stage. The start is on June 2.

In the group stage, eight teams will play a series of Round Robin matches (best of two) against each other. The teams that will take the first two places in the group stage will make it to the playoffs in the upper bracket. The two teams with the lowest points are eliminated. The rest go to the playoffs of the lower bracket. The start is on June 8.

WePlay Esports has already organized a lot of Dota 2 tournaments, including OMEGA League, WePlay! Mad Moon and WePlay! Bukovel Minor in the Carpathians.

WePlay AniMajor will be held at WePlay Esports’ own venue — the WePlay Esports Arena Kyiv at VDNG. This transforming arena has already hosted two esports fighting tournaments, as well as Ultimate Boxing Night, the night of boxing fights that were broadcasted on Twitch, YouTube, DAZN, and other platforms.

The Ministry of Youth and Sports of Ukraine supports the longing of the media holding company to host the WePlay AniMajor 2021 tournament in Ukraine.

There will be no offline spectators at this tournament, and the participants and staff will stick to all security measures due to the COVID-19 pandemic. You can find an official broadcast in English on and channels.

Know more about opportunities for cooperation and developing your business on the . Follow the media holding news on , .