Drones of the future: 4 drone market trends for mindful entrepreneurs 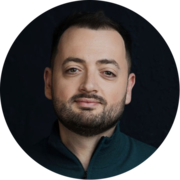 Over $500 billion. This is the fantastic revenue figure predicted for the drone market by 2030. And considering its development pace, I presume this forecast to come true.

Drones are already being used to improve a variety of tasks and industries: monitoring the Earth’s surface, in the agricultural sector, medicine, logistics—and that’s just scratching the surface! You may even have noticed drones erasing old patterns of work and introducing new ones in your own industry.

In the rapidly approaching future, the amount of know-how in the drone segment is constantly increasing. Here are four drone market trends about which every business leader and entrepreneur should be aware.

Drones will get more powerful engines

Some have predicted that within three years, the commercial drone market will provide jobs for 100,000 Americans. Yet for this forecast to come true, drone developers need to solve several important issues, including increasing both the flight time and load-carrying capacity.

Currently, the most common drone power option is lithium batteries. Though this technology increases its capacity by several percent each year, such fuel cells will remain in demand for a long time—lightweight wing-type drones or quadcopters for short distances work perfectly well on batteries.

But for other tasks—for example, transporting heavy loads—the power of lithium batteries will not be enough. A large battery, like those which power electric cars, is also not suitable. The larger the battery, the faster it discharges, especially since it also makes the structure heavier.

Therefore, today’s engineers are looking for alternative ways to power drones. The two frontrunners seem to be hybrid electric-gasoline engines and hydrogen engines.

Drones will get bigger and stronger

Drones have long been predicted to revolutionize cargo delivery. In theory, models capable of carrying a large payload should become a more efficient alternative to light transport vehicles and helicopters serving hard-to-reach areas.

At the same time, unmanned delivery services are just beginning to get on their feet. The payload capacity of commercial drones is still . Alphabet’s Wing drones carry packages weighing 2.5 pounds, while Walmart’s are able to carry three pounds. Amazon promises to establish a service for the delivery of five-pound parcels by the end of the year. But the market demands more—and with these demands, the size of drones is growing.

Today’s prototypes, like the Rhaegal drone, lift (by the way, the drone is equipped with a hybrid engine that converts aviation fuel energy into electricity). Such machines are in demand in the field of construction and maintenance of complex and remote facilities—for repairing power transmission towers, for example.

I see a lot happening in the field of heavy drone projects. Over the past year, investment in the Advanced Air Mobility segment, which develops heavy-duty drone technology for transporting cargo and passengers, has increased five-fold.

Drones will get smarter thanks to AI

The drones of the future are fully autonomous devices that operate with no operator involved but are based on artificial intelligence systems. To fly along a given route—and avoid collisions with other drones, buildings, and natural obstacles—drones must be able to make independent decisions based on information they analyze.

I often come across the topic of group interaction of drones, or so-called swarming technology. The swarming principle is already used by developers of satellite constellations like Starlink. The next development step should be the swarming of drones.

Seemingly, groups of drones capable of performing a task even if one or more units are out are in demand exclusively by army units for reconnaissance or combat operations. But such systems will increase the efficiency of any commercial drone. We are talking about collision avoidance systems when working in confined spaces (dense urban areas, for example), systems to improve maneuverability, and even self-destruct systems, which are necessary for situations in which a damaged drone can lead to disaster.

Businesses will move to the drone-as-a-service model

As I see it, the most significant industry trend is not in know-how itself, but in how drones are used.

The cost of commercial drones is comparable to the price of expensive cars. Add infrastructure, services, and operators to this, and it turns out that keeping your fleet of drones is inexpedient from the point of view of most businesses.

Therefore, providers have offered a new model for the use of drones: Drone-as-a-Service (DaaS)—that is, a turnkey and on-demand solution.

With the help of DaaS, organizations can solve a lot of tasks without having to own their own fleet of drones. For example, organizations can hire drones to carry out a mapping study of a large area, monitor crops or livestock, or set up a temporary mobile network using flying towers (drones that transmit a signal).

Considering all these trends together, I see the future of commercial drones behind projects of just this format: energy-efficient, with minimal human involvement, with simple requirements for customer competencies, with maximum business results.

In fact, the future is already here.