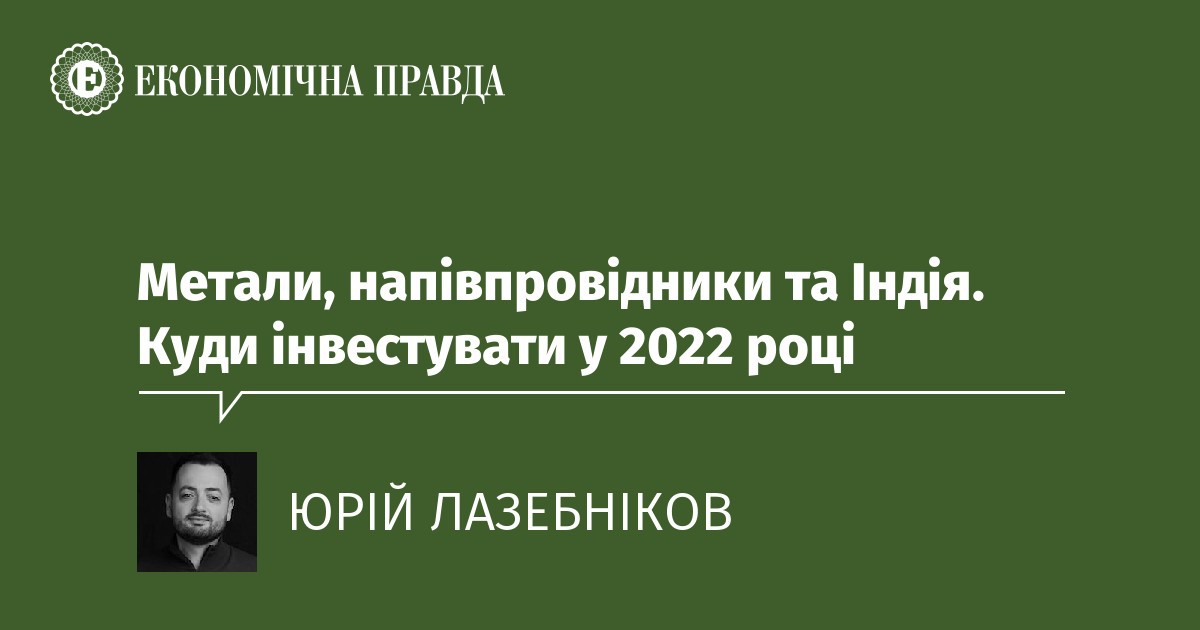 Why invest in new-age metals with small-cap. 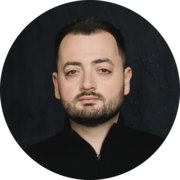 In 2021, the global economy was recovering and adapting to the new reality. Some directions, like air carriers, were coming back to the game very slowly; technology companies, on the other hand, showed high growth rates.

The companies from the Nasdaq 100 list, FAANG (Facebook, Amazon, Apple, Netflix, Google), vaccine developers, IT, and e-commerce are still on the fast track. On the one hand, the return to the usual way of life depends on them, on the other, the transition to a new stage of economic evolution. Next year they will continue to give, maybe not the highest, but stable dividends.

However, a few more interesting points for investment have been added. I would like to break them down for you.

Although gold remains the king of metals, I will tell you about those that have raised a lot of demand in recent years. These are lithium, aluminum, and magnesium.

Lithium carbonate is the cheapest and easiest source for the production of Li-ion batteries. The prices of lithium compounds are breaking records in the entire history and continue to rise. Manufacturers of batteries for machinery and vehicles require more and more raw materials.

This year, the global industry has of lithium carbonate. According to forecasts, by 2030 this figure will grow to 1.8 million tons. The extraction of lithium is a complex and time-consuming process. This explains its deficit and the rise in prices for its compounds. Recently, analysts at the consulting company Evercore the beginning of the "lithium decade" and advised investors to invest in this metal.

Prices for aluminum and magnesium skyrocketed as well. Most of all — because of the situation in China. The production of both metals requires huge electricity costs, and after the flooding in Shaanxi province, the energy crisis in the country. On the other hand, before the 2022 Winter Olympics, the Celestial Empire continues to struggle with harmful emissions and set quotas for industry, which limits production.

Therefore, aluminum showed a 13-year high, from $2000 per ton in January to $3160 in October. Wood Mackenzie consulting company that the situation in China has led to a 7% reduction in annual aluminum production.

Magnesium deficiency in the world, is also produced by China, is leading to a severe crisis in the automotive industry. Magnesium is required for the production of light and ultra-light alloys.

Until recently, of the country's magnesium was smelted in Shaanxi. This September, 35 of the 50 factories in the province shut down. It is no surprise that the metal jumped in price from $2,000 per ton at the beginning of the year to $10,000 in September. Due to that, the European Automobile Manufacturers Association has even .

The situation seems to be stable for now. Chinese factories resumed production in October and the price of magnesium to $5,500 per ton. Warren Buffett would recommend investing in this sector immediately. Moreover, according to the CRU Group , due to the dominance of China in the segment, magnesium deficiency will remain.

Last year, the capitalization of the semiconductor segment amounted to $426 billion, and by 2028 it will to $803 billion. The main growth factor is the soaring demand for microchips based on semiconductors. And so far it can not be completely satisfied: either the automotive sector or the production of gaming and household appliances complain about disruptions in supplies and production.

Almost everything related to semiconductors is profitable. The exception is Intel, which temporarily dropped out of the microprocessor race after a change of leadership and got stuck in 10nm technology. In addition, since 2020, Apple has been transferring its desktops and laptops from Intel chips to its own developments.

AMD, for example, is already working hard on 7nm technology. AMD shares started from $92 at the beginning of the year and rose to $157 by the end. Tesla cars and Sony PlayStation consoles are equipped with AMD chips. They are also used for Microsoft Azure, Google Cloud, and Meta Oculus services.

But Intel isn't giving up. As the Nikkei Asian Review this summer, by the end of 2022, the company may immediately step into the 3nm era in cooperation with the largest Taiwanese manufacturer TSMC. However, Apple is also starting such cooperation at the same time.

It’s quite simple: it is more difficult for a large company to grow, and your dividends from long-term investments in large business will be less compared to investments in a promising, but small company.

For example, the 2021 edition study says that if you invested in a high-cap company in early 1926 and reinvested all dividends by the end of 2020, you would earn 10% per annum. Each dollar invested back then would turn into $11,000.

But if under the same conditions, you were to invest in a small-cap company, then every dollar would turn into $42,000. By comparison, corporate bonds would yield only $300. Factoring out inflation. 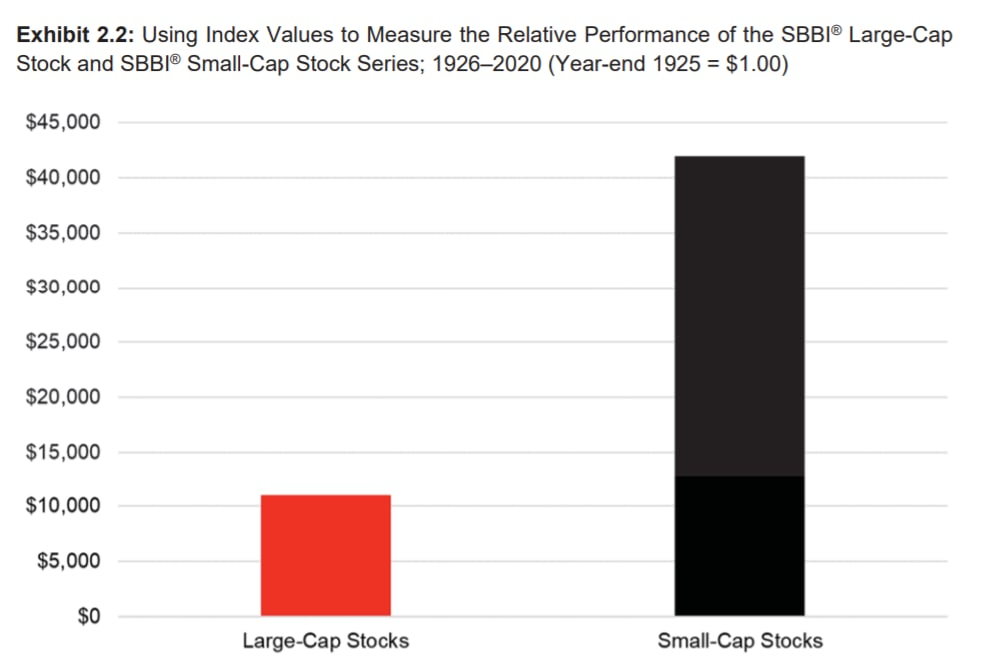 Getting back to our reality, remember: at the end of February 2020, the shares of many technology companies went down dramatically, but after a month they began to rise again. For the rest of 2020 and throughout 2021, Nasdaq top positions have grown by leaps and bounds. For example, Alphabet shares have grown from $1,100 to $2,900 since early April 2020.

Most investors still continue to invest in large companies, but will soon switch to other indices. The most attractive small caps are monitored by several indices, the main ones being the and .

In early November, both indices climbed to record highs and are likely to continue to rise, as the overwhelming demand for shares in large projects has remained neglected. They are still cheap in an overheated market. Zacks Investment Research this sector to grow in the next year as the US economy recovers.

It looks like next year the interest of international investment companies will be riveted on India. Morgan Stanley a strong recovery in the Indian economy and 7% GDP growth over the next four years.

Initially, Indian stock markets have outperformed other emerging markets over the past year and a half. Morgan Stanley that after India is included in the global bond indices, the Bombay Stock Exchange will begin to grow even faster. This rate will reach 16% by December 2022.

Next, while in other jurisdictions, such as the United States and China, the topic of raising corporate taxes is really hot, the Indian government, concerned about GDP growth, is taking measures to stimulate corporate profits.

And last but not least, the pandemic had a positive impact on the country's export potential, in particular, on the software outsourcing market.

The Collins English Dictionary, published by one of the world's largest companies, HarperCollins Publishers, NFT as 2021 word.

Blockchain is here to stay with us for a long time. Like its most famous project — bitcoin, which is the top cryptocurrency because it is the first, and the rest of the crypto appeared later. Conventionally, you can invest in modern hypercars, but the most expensive car still the 1963 Ferrari 250 GTO worth $70 million this year.

Despite criticism, the price of bitcoin is constantly growing: having reached a capitalization of $ 1trillion, it is among the , with giants like Apple, Microsoft, Alphabet, Saudi Aramco, Amazon, and Tesla. In 2021, its rate increased by 50%.

Of course, bitcoin has problems. Firstly, it is not the most advanced protocol in terms of code. Secondly, bitcoin still exists, parallel to the modern financial system, and this situation is changing very slowly. Third, it remains a high-risk asset.

However, top crypto assets are gradually taking over the role of an alternative store of value. Among the owners of bitcoin are Tesla founder Elon Musk, PayPal founder Peter Thiel, investment bank Morgan Stanley, TIME magazine.

My advice is still the same, that is to invest as much as you don't mind losing. Do not engage in synchronized jumps with sharp market fluctuations, but be ready to play long and feel periodic anxiety of your nervous system.