While others are setting up meetings, we have already completed the project 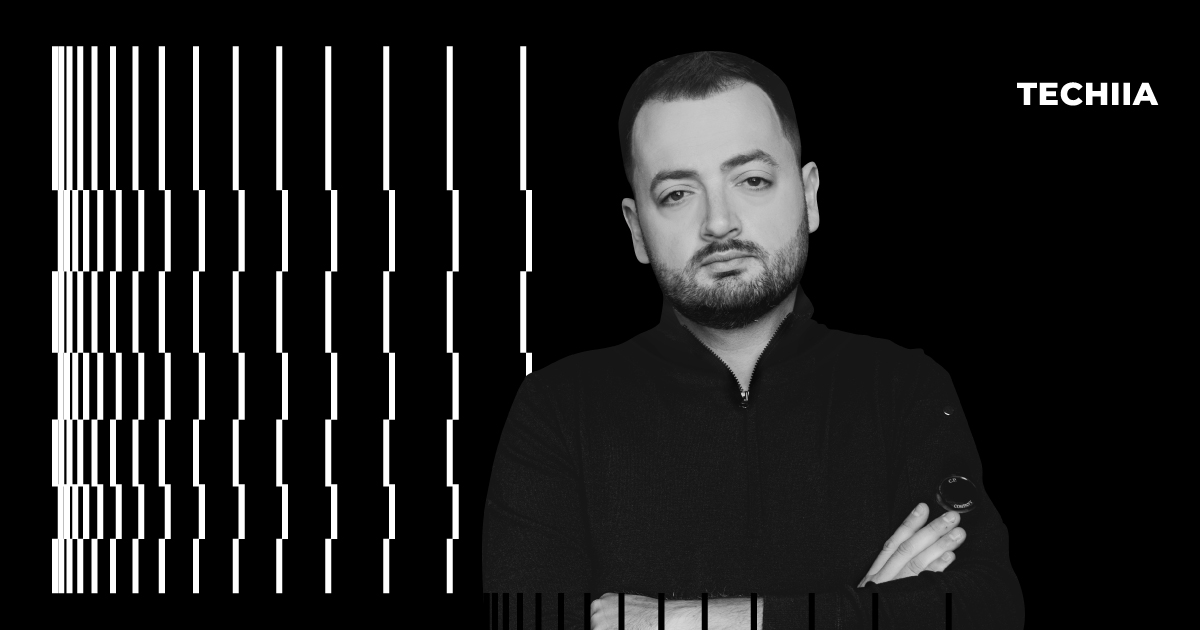 Yura Lazebnikov: "While others are setting up meetings, we have already completed the project". The Managing Partner at WePlay eSports reveals how to make millions in eSports.

This is the same sport as the others, teams participate in competitions in order to win a prize. There are victories, defeats, tournaments, and spectators. It's just that the physical skills were replaced with virtual ones, and everything else is no less real.

In 2019, the audience of eSports was 567 million people worldwide, and in 2020 it grew by 17.5%. Although, if you take all gamers into account, the number will be much bigger, about 2 billion people.

Everyone is used to thinking that there are football fans, golf enthusiasts, etc. But there is no need to divide the audience, those who watch the Lakers game in the evening may as well watch Counter-Strike in an hour after that. And this trend will only go bigger further.

It all began back in the 2000s when my partner Oleg Krot was organizing tournaments in computer centers. Games were more of our hobby back then. Since the beginning of the 2010s, brands have begun to look closet to these activities. By that time, we already knew how to assemble teams, organize tournaments, and even attract sponsors.

The eSports industry began to develop rapidly, and every year we were realizing that we had chosen the right niche. So eventually we came up with the idea to turn the hobby into a big company.

WePlay eSports is now an international eSports media holding that is growing in an industry as fast as it was 10 years ago. Our goal is to remain a large company that grows in all regions, while maintaining the flexibility and speed of decision-making, like in a startup.

Let's say you want to stream a basketball/football/golf game. You have a huge number of solutions on the market, sites that display the correct statistics, the layout of the players on the pitch.

In eSports, you have nothing. If you want to do something more than just putting a picture from a game on-air, you have to create software solutions yourself.

Our work is a combination of the media and IT in one bottle. We are engaged in collecting game statistics, displaying it for viewers in live mode. We have a tournament platform that makes matchmaking, compares player skills, and selects opposing teams. We monitor data security, connect players from different countries of the world, use AR technologies, and implement advertising.

The peculiarity of the industry is that it is growing very rapidly. Almost every company already has a VP of eSports. Everyone is interested in what kind of sponsorship they have and what kind of conversion they have. Even machine tool manufacturers will soon be integrating into eSports as partners.

Now at eSports events, you can meet the Marketing Director of Macy’s, Bloomingdale's which is retail that is designed for a female audience. It's no longer news that 35–40% of the eSports audience are women. 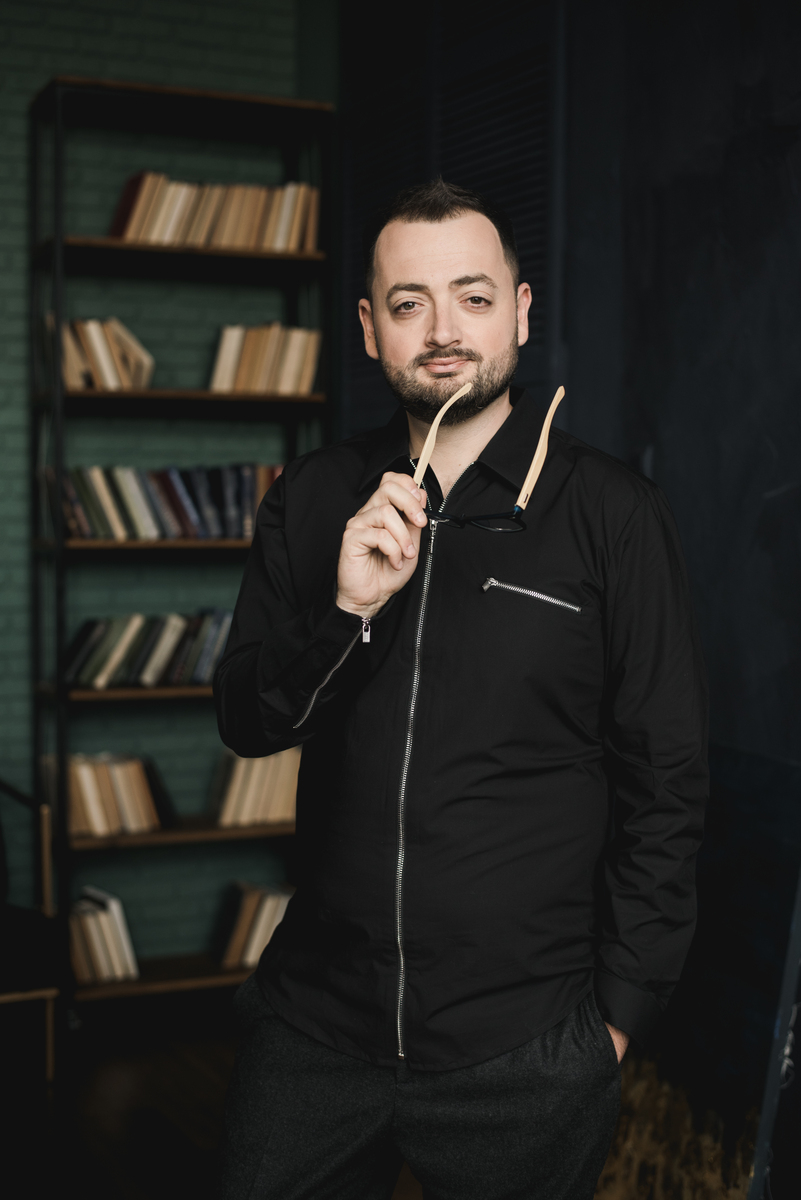 WePlay eSports currently has about 400 employees on board. And I'm glad when some of the guys have new ideas. This means that the person has grown out of his position and it is time to entrust him with new tasks.

Be faster than the rest. I don't like processes that generate work for work's sake. It happens that companies gather a meeting to discuss when to hold the next meeting. This system is unlikely to be successful. Sometimes a 5-minute meeting in a negotiation room can solve all the problems and provide employees with work for a month, without involving 20 managers.

We have implemented all the systems necessary, there are projects, SCRUM-masters, business processes have been worked out. But I am an advocate of quick fixes and direct methods. While others are setting up meetings, we have already completed the project.

Choose people who have the same pace of life as yours. If the team's mindset doesn't match, look for other people, don't try to change someone.

The basic corporate rule of WePlay eSports is “You can do it, you do it, you show the result”. Everything else is not for us. Our people are those who are responsible for their words, understand that there are no walls or ceilings around, they implement tasks, and take responsibility for them. When a person comes up with an idea and really knows what he needs to make it work (even if it’s just a couple of grams of kryptonite and a little bit of heavy water), we will work with him.

On differences between living in Ukraine and the US

Moving to another country is always a way out of your comfort zone. Everything is new, many things work differently. When you move to the USA, at first you have the feeling that everything around is like in a movie. And then it becomes common to drive near the parking lot, where Mahoney from the Police Academy turned over the car.

In many ways, this is a comfortable country, it has more money and a higher quality of life. Roads, parkings, the general level of service is better. For example, now my wife and two children live in Los Angeles. The education process in LA during quarantine is online. All children were given iPads with customized study rooms, and they all have classrooms with homework assignments.

As for the unusual things, those would be the high cost of living and a different financial way of thinking. In Kyiv, a salary of $3-5 thousand is a significant income. And in the United States, the situation is different: for example, if the income of homeowners in San Francisco near the ocean is less than $120 thousand per year, then this family is entitled to state subsidies - it simply cannot pay the land tax and utilities.

Be ready to spend a lot if you want to live in the United States. Also keep in mind that each state has its own laws, economy, different prices, income, and taxes.

What is impossible to get used to is the awful quality of the Internet in California. I have not seen the internet more worse than that anywhere else. For $200 a month, you get a maximum of 40 megabits, and even mobile internet connection can be lost from district to district.

Latest news
Who is behind the future of the planet's economy?
"As soon as we begin to lock ourselves in the local market, we will immediately be uninteresting to people around us."
5 tips to help you get a job in a foreign IT company
If you want to implement your knowledge in a foreign IT company, here are 5 tips to make your search easier.
Yura Lazebnikov is among the best managers of Ukraine
The ‘TOP-100. Ratings of the largest’ magazine awarded the co-founder of the TECHIIA holding.
This site uses cookies to provide you with a more responsive and personalized service. By using this site you agree to our use of cookies. Please read our cookie notice for more information on the cookies we use and how to delete or block them.