TECHIIA is among the sustainable development leaders in Ukraine 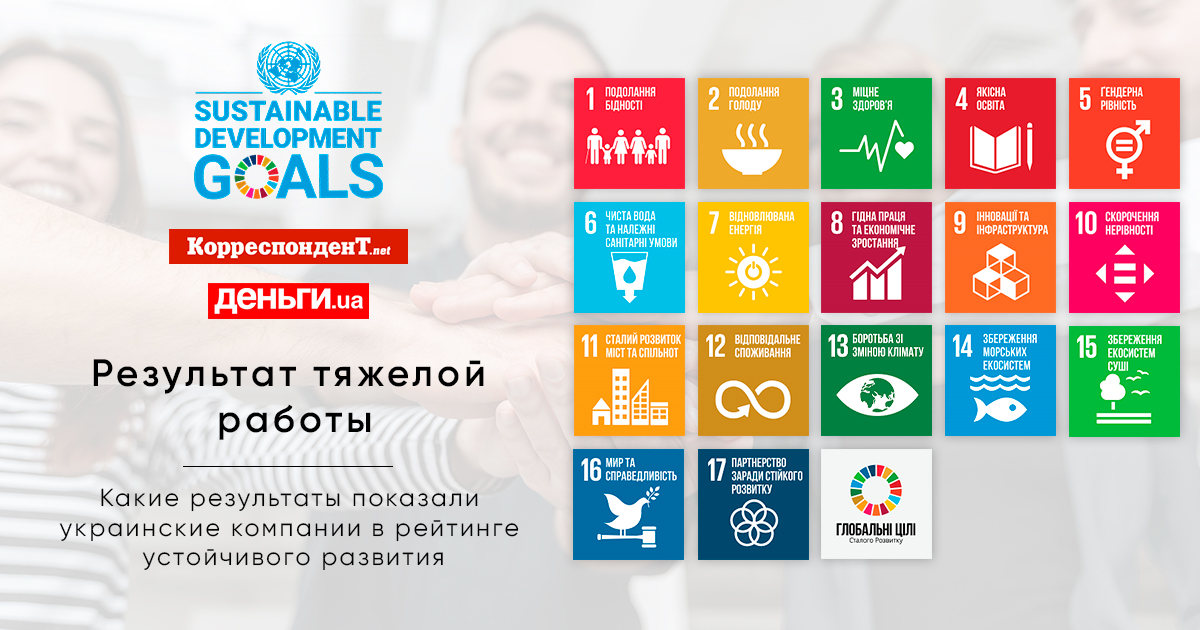 The international holding TECHIIA is now in the in Ukraine. The ranking was created and conducted by the Money and the Korrespondent magazines in partnership with the UN Global Compact Network in Ukraine.

In 1983, due to the depletion of natural resources, environmental degradation, and falling living standards, the UN created the World Commission on Environment and Development. And it is because of that commission the term "sustainable development" started spreading among the international business environment. This concept implies a more balanced approach to the implementation of economic activities: the current generation of earthlings should treat natural resources as carefully as possible to preserve as much as possible for future generations.

Over time, the need to change the way we exploit natural resources and create new ways of doing business has become so evident that in 2015 the UN General Assembly drew up 17 goals to “achieve a better and more sustainable future for all”.

The Sustainable Development Goals consist not only of an environmental agenda but also of various social initiatives: the elimination of poverty and hunger, the increase of the education level, gender equality, and well-being for everyone.

Today, the UN Sustainable Development Goals are a kind of action plan for all large companies. Business can no longer be engaged only in increasing profits and is forced to make its contribution to solving environmental and social problems.

In Europe and the United States, sustainable development rankings have been published for a long time. And it is the first time we published such a document in partnership with the UN Global Compact Network.

Local companies were assessed according to a number of criteria, such as the presence of anti-corruption programs, gender diversity among management, participation in environmental and social initiatives.

As stated by the project authors: "The position in this ranking is less important than the very fact of that ranking. The managers of these businesses are real leaders and strategists — wise and forward-thinking.”

“We are engaged in social activity as much as in business,” says TECHIIA’s Managing Partner Oleg Krot. — There is an approach called strategic philanthropy, where business solves important problems of society, and everyone benefits from it. The practice is widespread in the West and we are taking the first steps towards it. "

“There is also a personal story behind it,” adds Yura Lazebnikov, another TECHIIA’s Managing Partner. — Oleg's whole family is full of doctors, he was the only one who chose to do business. As a businessman, you do not save people with medical instruments, but you can support those who do. That’s pure logic. "

This year, 39 Ukrainian companies entered the ranking by the Korrespondent magazine, and the organizers are sure that this number will double the next year, because “they are definitely ready, but not all of them know about it”.

Latest news
TECHIIA supports the Ukrainian delegation in the international conference SXSW 2022 in Texas
For the first time ever, Ukraine will have its own showcase at the South by Southwest.
5 challenges for the car-sharing industry today
Ivan Agapchev, CEO and Co-Founder of TECHIIA Motorsports and Fleetsy, talks about the main challenges facing the car-sharing industry.
Charitable foundations and business: how to speak the same language?
TECHIIA’s Digital Marketing Lead Oleksandr Pozniakov shared detailed instructions.