How WePlay! Esports Tournaments Are Created 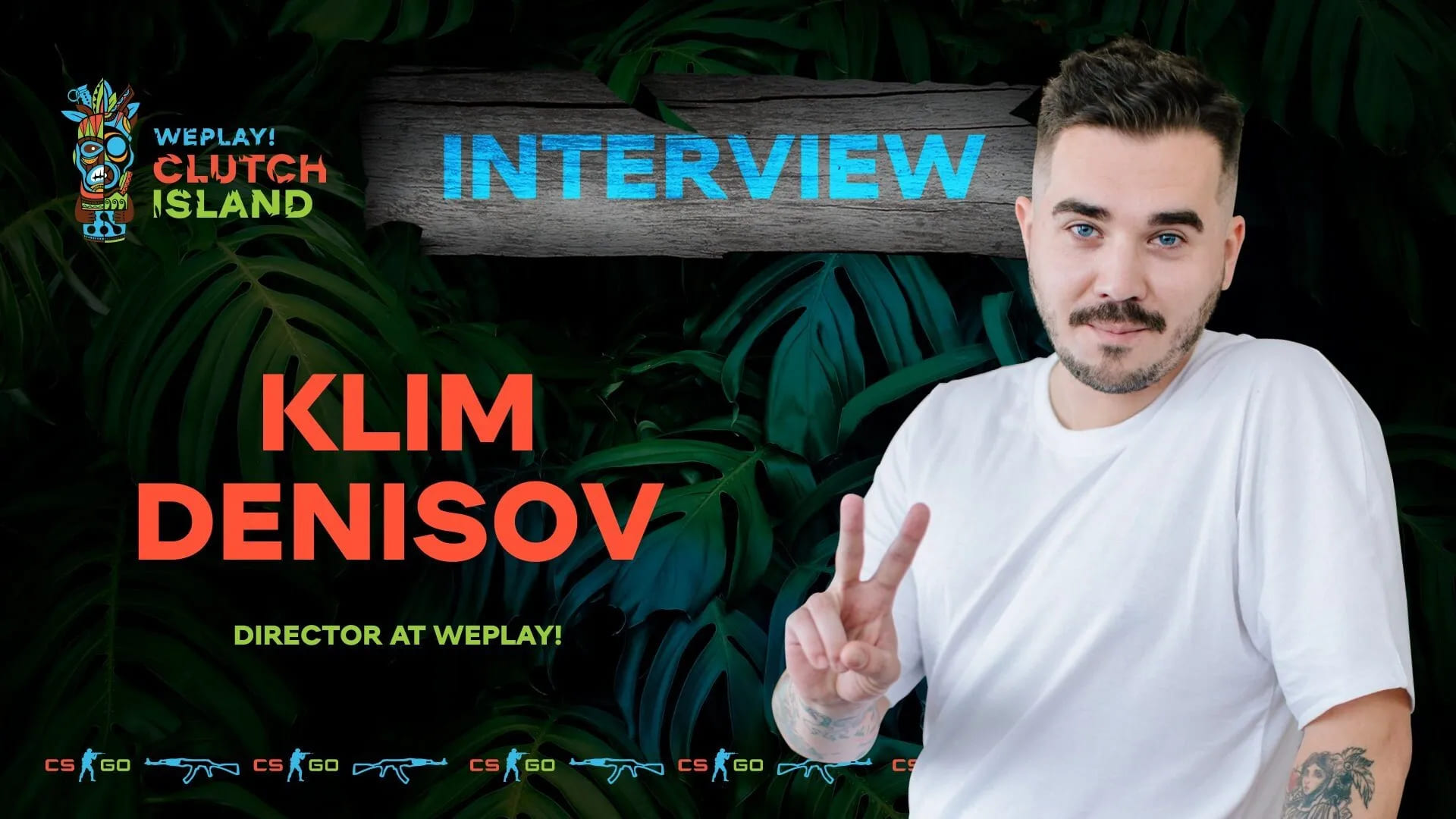 Stage Director at WePlay! Esports, Klim Denisov, on the secrets of preparing an esports tournament using WePlay! Clutch Island as an example

The WePlay! Esports Company, which is part of the TECHIIA holding, creates esports online and offline tournaments. They are viewed by hundreds of thousands of fans on all continents. Viewers observe not just a game of esportsmen, but a colorful emotional show. They laugh, cry, admire, and worry about their favorite teams. And a large WePlay! Esports team is behind the scenes of this process.

Here what the WePlay! Clutch Island is

In the early 2000s, residents of different countries rushed to their TV screens to watch the popular survival television shows. For example, “The Last Hero”, “Fort Boyar”, “Behind the Glass” and many others.

Now some viewers rush to watch not TV screens, but they take the gadgets in their hands to participate in one of the esports tournaments.

For example, in the WePlay! Clutch Island tournament the main action takes place on a desert tropical island, in the middle of the ocean with the thick jungle. “We have created a small green heaven-and-hell. On the one hand, wide island beaches with white sand in the style of Bounty bars, on the other ‒ sharp cliffs on the approaches to the island with hidden caves and flimsy wooden bridges over high gorges. This island is deep in the wild jungle, which is full of dangers and the main task in these conditions is to survive!” says Klim Denisov, the Director of WePlay! Clutch Island in a WePlay! Esports interview.

In this esports tournament, as well as television prototypes, two teams participate. They compete with each other to win. The center of the show is the place of execution where the analysis of games takes place, the revelation camera, the place of analytics, and much more. At the end of the tournament, the winners are those from 1st to 8th place. They share the amount of $50,000 and RMR. The highest reward of $15,000 is received by the winner of the 1st place, the smallest, $3000, by the team which took the 8th place.

RMR points are distributed in the following way: 10 participating teams share 14,375 RMR points among themselves. According to the sum of points, participants of ESL One, the most famous esports tournament, are determined. Its final will take place in Rio de Janeiro later this year. 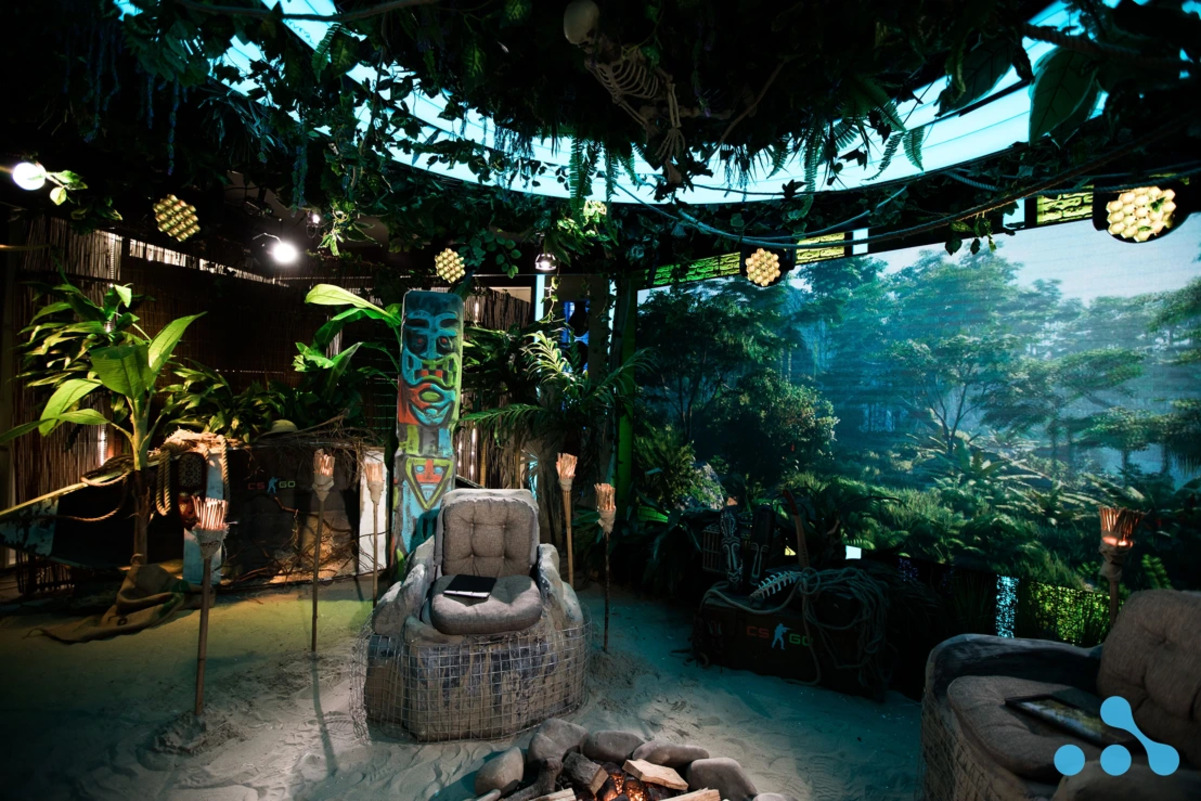 Klim Denisov frankly admits that the real magic is behind the preparation of the tournament. The viewer does not see it, but all the whole project team feels it. “It all starts with the approval of the project idea. Then the proper image is brought to the table, the task of which is to arouse the interest of the viewer, create a story inside the tournament, make each event a separate film in a new genre,” says Klim Denisov.

If we talk about the image, then secret methods are used to create it. WePlay! Esports usually tells about them with great pleasure. “In directing there is such a term ‘dating the author.’ After choosing a work, you study the whole life of the author, all his works, and analyze what caused the writing of this work. Only in this way you will find the real idea, understand the conflict inherent in the story, and interpret it correctly, on behalf of the author,” shares the Director of the project.

Then a collective image of the tournament is created, locations based on data from other shows and analytics. For example, WePlay! Clutch Island turned out to be a collective image: an uninhabited island in Polynesian Zealand, with references to the Maori culture since these people are “perfect warriors” that are optimal for the competitions of team members. 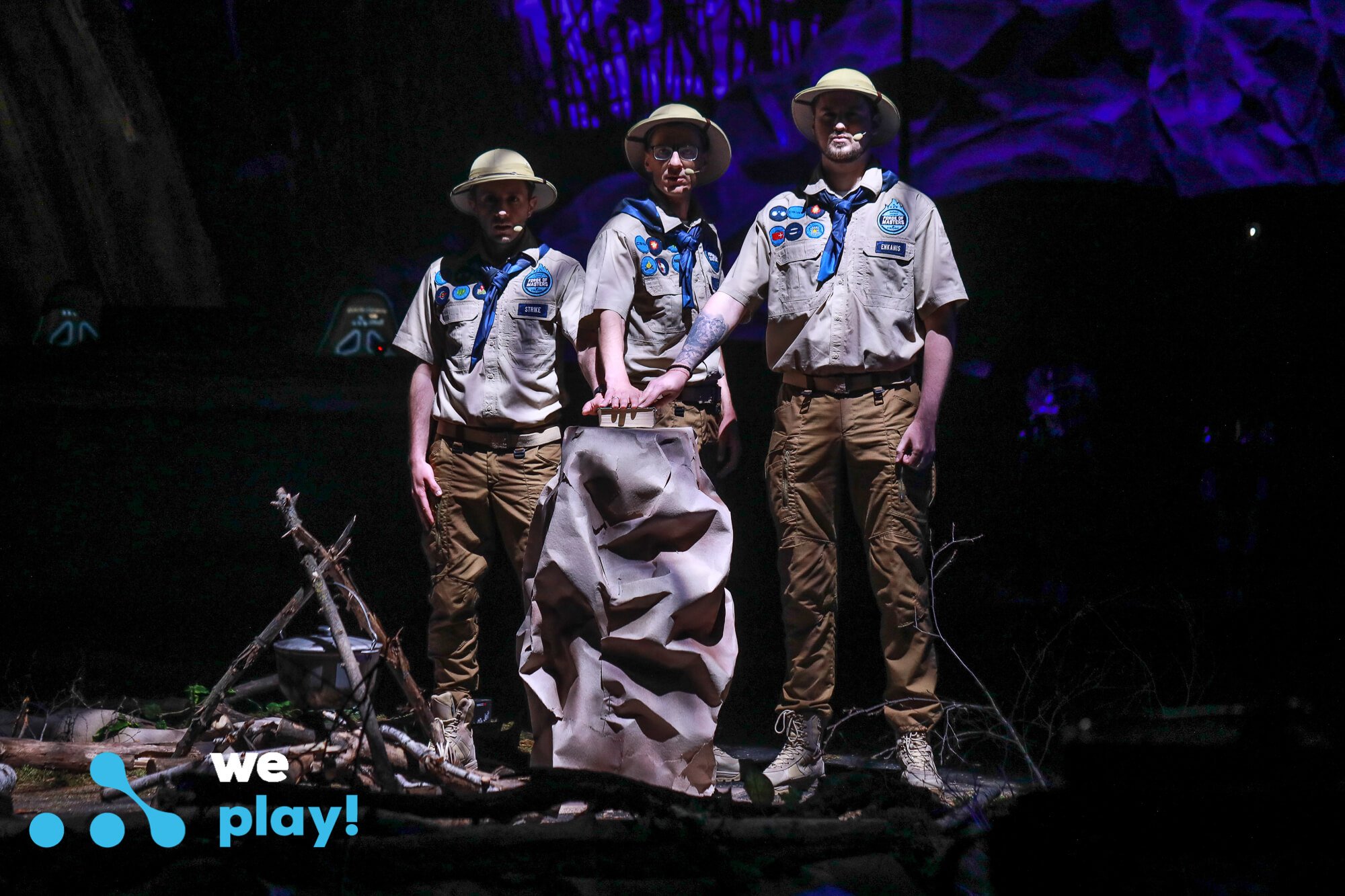 After creating the images and the main idea, content is created and a promo is prepared. It's about ready-made, pre-filmed content ‒ what the viewer sees before the event and during it. Also between matches, there are guides, game clips, mockumentary, parodies, sketches, clips, and others. “These things are glue.” It brings everything together: the idea, the scenery, the costume, and the behavior of the caster in the frame. For casters, by the way, roles are always created, as in movies. These are counselors at the Forge of Masters scout training camp, secret agents on Lock and Load, members of the secret elite society on Pushka League, train guides on Forge of Masters Season 2, Lesha “yXo” Maletsky played the role of Dr. Disrespect on the cyberpunk Mad Moon ‒ this list can be listed for a long time,” says the director of the project. 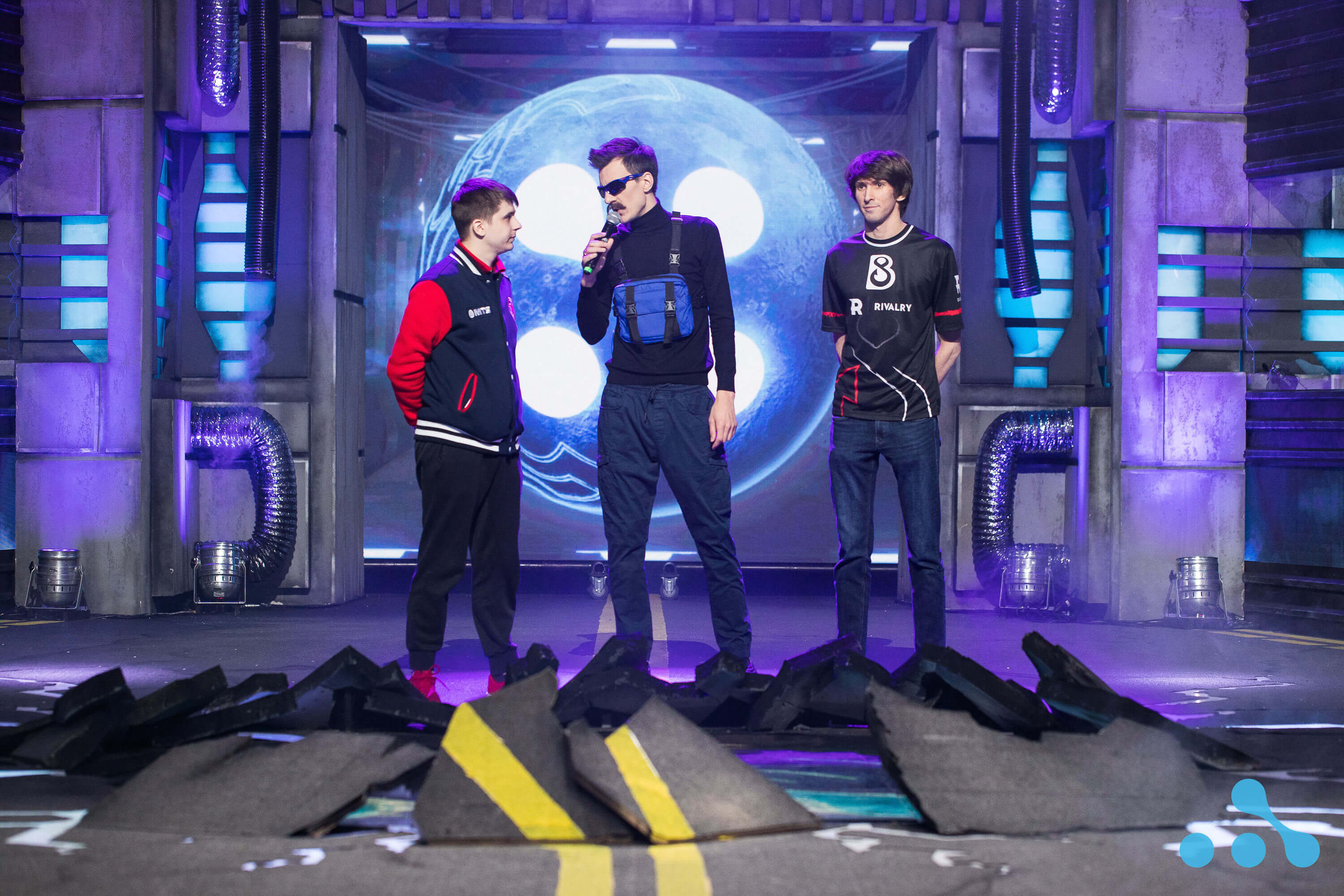 A little later, the authors "do their magic" in the project scenario. “We call this process a “feast period.” Our author's workshop sits in a small, dark, closed room without food and water, and writes and edits scripts for days. Just kidding, the room has water and lighting, everything else is true. The scriptwriters do a great job because everything they write is often edited, modified, or altogether, can be lost to history until the desired format and language are found,” explains Klim Denisov.

The Director intervenes very carefully in the process of creating the project. This is due to the conditional framework of the genre in which the show is created. “I do my best to be free,” the WePlay! Esport director tells us.

And yet, when one of the dozens of scenarios is selected, the hottest time begins. The task of the Stage Director at this stage is to work on the filming process. “We try to work with all the talents involved in the tournament. We often work with professional artists ‒ actors, dubbing actors, puppet theater actors, as it was on WePlay! Bukovel Minor 2020, circus artists at the Artifact tournament, musicians, illusionists, pyrotechnics, and more. “Stop, thanks, filmed,” and the material is sent to the post-production department. At this stage, creativity does not end, as many people think,” says Klim Denisov.

Then the tournament takes shape, volume, scenery, and emotions. “We work with camera operators on storyboards, with production designers on sets, both studio, and non-studio, with costume designers on the images of our beautiful casters. At the same time, the actors are approved for roles in the content, shooting, dubbing, editing, graphics and effects, coloring, editing, editing, coloring, editing, editing, broadcasting. Decorators also come into play. They are responsible for finding the references and sketches of studios, “hanging bows, details that make the whole style. They make sure their eyes feel good,” says WePlay! Esports Director.

And then a picture for the viewer is created: editing directors in the process come up with creative techniques that add new colors, improve and "finish off" the jokes that already exist in the script.

“And at the very end, ‘on the air’ magic comes into play, in which a bunch of elements also appear that make the chat sob with laughter and empathize,” Klim Denisov shares secrets.